An A320 airplane was on a routine flight over Medina in Columbia when a amazing dark silver metallic UFO almost square looking flew next to the plane.

This is the most detailed, in colour, verifiable and the most realest looking UFO sighting by a pilot that I've ever had the pleasure of seeing.

The A320 pilot has the foresight to film this dark silver UFO over Medina in Columbia.

Maybe it's because it's on what looks like a collision course and if he's going to report this unusual close UFO encounter (he must have already made his mind up) so he begins to film this epic and jaw dropping UFO close encounter sighting. See latest UFO post's here. 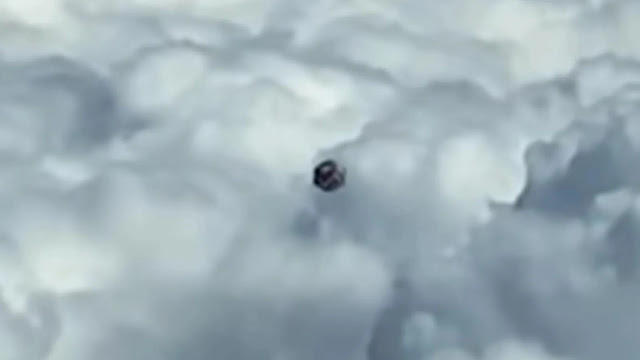 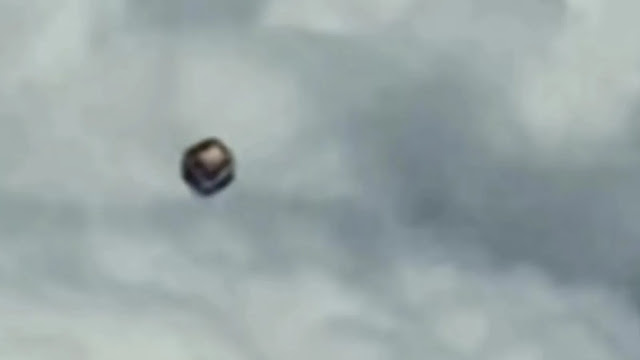 The pilot begins to film this polyhedron UFO shape or at least it's almost a square shape but just before he starts to pan out and direct the camera actually onto the UFO he gives us a fantastic view of the Jet's altimeter which is literally on the 30 thousand feet line. So we know that the UFO is at 30K feet!

That my friends is absolutely bonkers in terms of it's height. It's also traveling very fast and because of it's very dark metallic colour it stands out like a sore thumb against the clouds which are a very soft white colour and maybe this is why he (the pilot) has a bit of time to film the airplanes altimeter because he's a trained observer? And then he pans out of the cockpit and he aims the camera out of the (the right hand side window) of the cockpit and we gaze upon the tremendous but bizarre looking UFO.

Here' what I want to know about the UFO sighting;

Where has this UFO come from and where's it going is the main thing I want to know? If it is being tracked on the ground by whoever is in control of that information because somebody definitely is in control of this! Is it the US Air Force radar intel and control or is it commercial air traffic control? Basically have they got a possible end location in mind if it is man made or did they continue to track it because it's an unknown entity and do they know where it went?

All of which sound's like a straight forward question and answer type of scenario but if it spans multiple agencies then the hurdles just quadrupled!

These are legitimate questions though about this metallic looking UFO (which I think is real) because we've had UAP disclosure, right? So, does this pilot identified and filmed by a pilot - fall into the UAP category? Where the heck did it go, whe did it come from and where did it go, does cotton eye Joe know, lol? The security services know for sure and what have they done about it? Have they since (because this happened in 2020) have they since been to the place that this UFO was tracked to?

There's enough satellites in space that they can just rewind the tapes and take a look at these UFOs because this one especially is above the clouds! Seriously, there's satellites filming all the time so I bet you that whoever is in control of these satellites has a lot of UFO sighting's footage?

Radar technology and the whole ability to detect, trace and follow "anything" that's flying in the atmosphere has come on leap's and bounds because it's military association with always knowing where the enemy is especially when it's related to potential hostile aircraft's means that radar and stealth technology has progressed literally unprecedentedly in the last 10 years! Has Elon Musk's WiFi satellites got a camera on them? Because if they have, then the Ukraine battle is being filmed and the US knows where everything is.

That's probably an understatement because all we have to do is look at what's already out there and what's being used to detect objects in the environment and our atmosphere. As an example there's the Iron Dome counter defences which can detect multiple UFOs at once (until identified right) and then there's the other end of the spectrum which includes the top secret technology related to radar, stealth, drones, hidden in plain sight but secret tech and many others - which I've only named but a few.

This UFO sighting is probably one of the most reliable UFO reports that there is because it's a reliable source ie a trained observer (that's why he spotted it a long way off) and he's a guy who is literally in charge of keeping everyone else onboard his aircraft safe. He's trustworthy and reliable, a trained observer, he's recorded the UFO encounter with a respected device and that's the camera. I say a respected device because if it wasn't respected it would never be allowed in a courtroom as a reliable, respected witness because the camera never lies "apparently" and that's why in my own opinion that this needs to be looked into by independent sources.

Here's the extraordinary video which was uploaded to YouTube by the History channel:

If you know anyone else who might appreciate this post, please share it with them, thanks. Also if you have any thoughts or opinions on what is in this awesome UFO video then please can you share your thoughts and opinions in the comments section below, cheers.