Hundreds of UFOs Passing By People's Homes In The US

This is a really good UFO sighting from over Palmdale LA California in the USA. Literally hundreds and hundreds of UFOs flying slow over Palmdale CA.

In the end times, there will be sign's in the Heavens or something similar to this is what the eye witness states regarding these hundreds and hundreds of UFOs.

What we do know about this "UFOs spectacular" or UFO bonanza if you like is that these are flashing on and off.

The 2:08 minutes of this video show's us "unequivocally real, flashing UFOs." I tried to count them, what was I thinking? 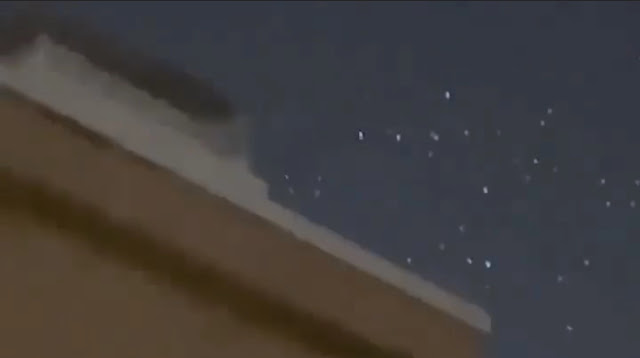 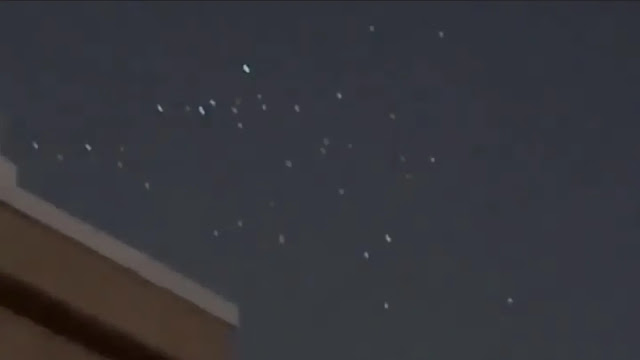 NASA Zooms Into 2 Rectangle Shaped UFOs From The ISS 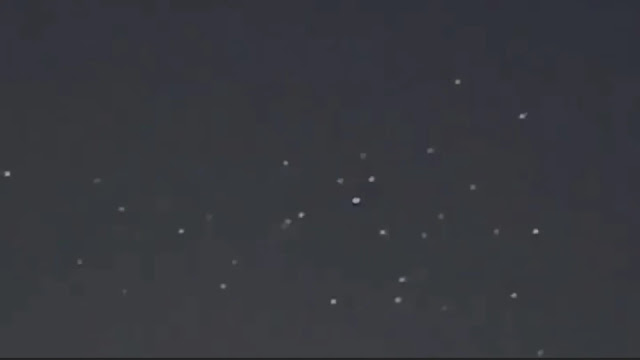 At one point a witness to this suggests that these are meteorites to which the guy quickly responds to this "they aren't meteorites" and quickly followed by the lady who backs this up by saying the same. And I totally have to agree with this statement.

This is important because these guy's are actually there, these are the closest witnesses that's willing to report this unprecedented UFO sighting.

The lady who agreed that it's not meteorites suggests that these will be seen on the news? Are they lanterns, she also states? No, is quickly replied back! The lady does ask out loud "is it Aliens?" Even the children ask if these are Angel's? I don't actually know for sure if this ended up on the news in or around Palmdale, LA California US, but since I've been writing about UFOs I've heard of many, many different instances where people actually say that they sat waiting for the news to show the UFOs that they filmed or saw? They waited, and waited for it to come on and when it does finally get to the news, it's not there! So they wait, and they wait... But nothing!

Sometimes it's just a simple case of "you didn't get in touch with the news station" so how's it gonna be on TV? And in other cases it's literally everyone else is thinking that exact same thing, so they leave it to someone else and that's what everyone else has done so it never actually got reported to anyone... But then the internet comes along and it's like the poor cousin to the mainstream news outlets lol. But still, it's been reported now and that's a great thing that people have that option to self publish or self report literally anything that they absolutely want to?

Anyways, the start of the 2:08 minutes long video shows a very excited couple and their family possibly with the neighbors and friends outside of their properties. The camera points upwards and right next to the chimney stack is hundreds of blinking (literally just blinking away) and not in unison or to a rhythm and it seems like it's more of a random blinking of a white Orb kind of light?

These are definitely interesting, strange UFO sightings footage from Palmdale, LA California. The woman starts the video by saying oh my God I've got Goosebumps. Where's Daddy? Go and get Daddy. Tell Jody and them, so we get the impression that this is a big thing. She's trying to get as many people as possible to come and see what it is in the sky. Although it is night time, it's because of the blinking on and off light's that's why we can see them.

I'm actually starting to wonder just how many people have seen this but not reported it? It seems like a sure bet that a fair few people actually have seen it but I'm also starting to think that because I've not seen it before, and I usually get to see the bigger UFO sightings not long after they've happened, so how many people have reported this?

If you know anyone who would appreciate this post, please share it with them, thanks. Also if you have any thoughts or opinions on this video then please let us all know in the comments section below, cheers.