In February of 1942 a massive search went underway to fire everything that the US military had in LA at a UFO passing over the capital building.

Here's the extraordinary video of the UFO bonanza or unprecedented UFO sighting which took place in 1942 in L.A and brought paranoia to the forefront of many people's minds.

Was it Blimps, was it Japanese planes, was it balloon's or the legendary Foo Fighters?

Will we ever know what actually happened that day in February on the 25th and specifically at 2:25am? 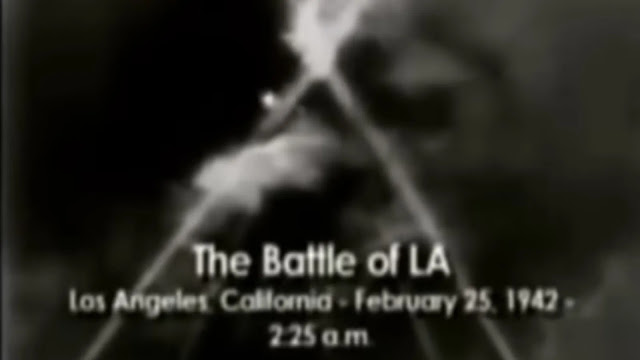 Hundreds of UFOs Passing By People's Homes In The US 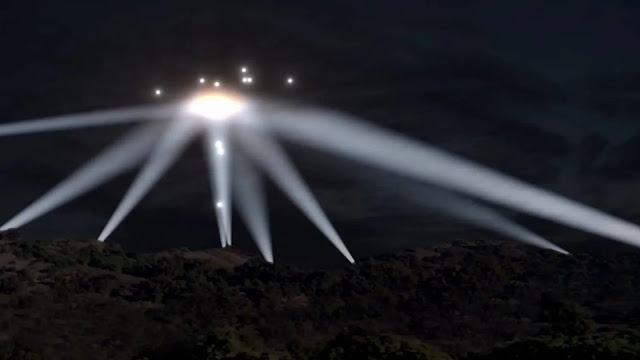 I hope so, because most certainly "100 percent" definitely, we need answers to every single UFO sighting that's ever happened going back until people can't take anymore. If this particular UFO sighting still has relevance (which I think it definitely does have relevance) even in today's world. Then the UFO sighting caught on camera 6 year's ago by nobody in particular or specific (but someone probably did film one, right) that means every UFO sighting ever taken has relevance! The simple underlying basic understanding of UFO sighting's is because we don't have the luxury of picking and choosing.

Every UFO sighting must be looked into because now more than ever, we're so, so close to all out UFO existing that we humans need to know what have they been up to?

Congress has set up new offices and reporting agents that are actively looking into UAP reports and just this ast few days there's been some extraordinary things happening because Congress hasn't been this invested into anything remotely looking or sounding like UFOs! Yet now they're going on record and have admitted something startling in print: it doesn’t believe all UFOs are man-made.

Buried deep in a report that’s an addendum to the Intelligence Authorization Act for Fiscal Year 2023, a budget that governs America’s clandestine services, Congress made two startling claims. The first is that “cross-domain transmedium threats to the United States national security are expanding exponentially.” The second is that it wants to distinguish between UFOs that are human in origin and those that are not: “Temporary nonattributed objects, or those that are positively identified as man-made after analysis, will be passed to appropriate offices and should not be considered under the definition as unidentified aerospace-undersea phenomena,” the document states.

Is this why these new offices have been set up by the US Congress? Because now we know that craft's not of this world exist, when the day arrives that the Government tells the world they are real and they are here, they will need offices to examine any and all reports, right?

If you have any questions or thoughts on this awesome UFO video, please leave your comments in the section below, cheers. Please share this post with someone who would appreciate this, thanks.