This UFO sighting has 5 UFO Orbs in the video itself. I've stopped the video at various different times and pointed out the UFOs. There's no info.

Your going to be seeing a fantastic video of sunny blue skies showing us 5 amazing UFOs which are mainly Orbs and in a very short period of time ie 7 secondss of epic Ufology.

The video is probably UFO overload because of how many there are in the video itself but that's a rarity and maybe only seen once a year "maybe"... The video doesn't have any information with it, but that's okay because I've yet to come across a UFO sighting where they (the ET) actually post their interests and intentions beforehand on Facebook lol. 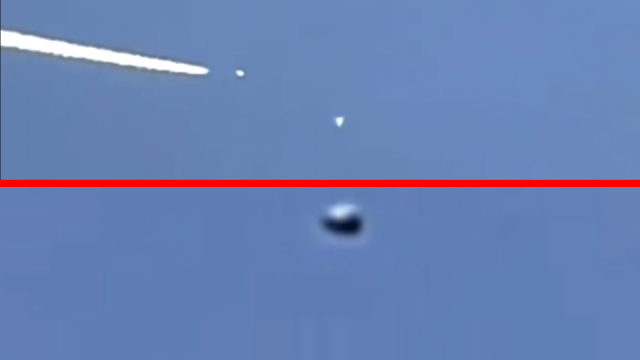 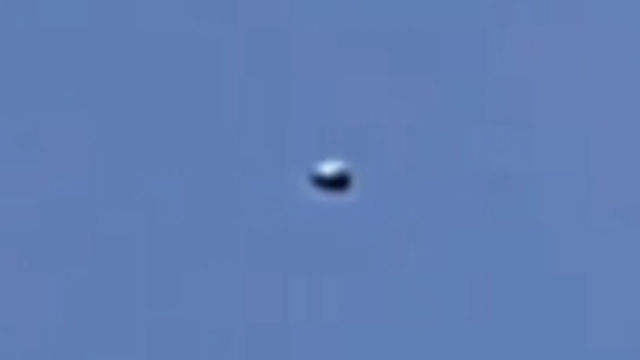 The place that this was filmed isn't known (technically it's in the sky) but that's just me being a total idiot 👽 and the person who filmed this isn't known which to be honest with you, that doesn't really matter or have any baring on this because it's their right to remain anonymous which I fully understand and agree with. Going public has been the wrong decision for a lot of people who thought they were doing the right thing only for that decision to turn right round and bite them on the rear end.

Pilot's just for instance in the past have lost the lot! House, marriage, car, home, money and pensions but what's more worse than that is the family in a few few cases have shunned them. Losing their jobs was actually the least of their problems and in the end it's even taken it's toll mentally on these "unnecessarily shamed pilot's."

The first UFO is a white Orb which streaks across the screen and then the second UFO is a metallic silver UFO Orb that again is caught streaming right across the sky and it disappears. In fact, it's going so fast that it's only caught a couple of times in a few of the video frames. The other white Orb UFOs are either further away so they look like they're going slowly but they might be going really fast as well, they just have more sky to cover.

The video below is a normal Blogger video template but I've also embedded the YouTube video which I've just uploaded to my YouTube channel UFO News.

This was uploaded to my YouTube channel UFO News. I've got a lot of UFO Orb videos uploaded to YouTube so if you want to check out some brilliant UFO sightings then look no further, seriously go ahead and check out my different UFO playlists as there's quite a few awesome footage of different shapes of UFOs that is there just waiting for you to watch.
The video is a rare unusual video because we just don't see this many UFOs in such a short space of time and in one short video come to think about it. If you check it out, youreven going to see the plane change it's shape, or is it the reflection of the Sun hiding the airplane from the view of the camera? It's a truly strange sight and a truly strange video altogether.
If you know anyone who would appreciate this post please share it with them thanks. Also if you have any thoughts or opinions on what's in this video, please can you share your thoughts and opinions in the comments section below, cheers.
Credit: UFO News YouTube Channel/UfoSlovakia/UFO Sighting's Footage/Ufosfootage/Canva.