Theres not many times when people actually film or photograph an actual physical object in the sky that looks metallic silver and like a Disk, Saucer.

Santee is a suburb of San Diego in California and there's a woman who lives there in a barn who caught this epic silver Flying Saucer on camera right above her barn.

Now that we have Google Lens, we can actually take a screenshot of a UFO and check it against every photo on the internet which is mind blowing and it's already delivered. UFO Orbs but with a middle inner design and it brought back a match.

Her name's Helen Henry from a suburban area of San Diego, CA USA and although she's allowed her name and location etc to be used in the video by the news crew which was made by ABC 10 News and uploaded on to YouTube, she's (the actual eye witness) insisted that they blur her face out or just not film her face at all and instead they then began to film her from the back?

Okay, let's just put that titbit of peculiar behaviour aside for a wee second because it's this epic looking and silver in colour, metallic Disk - shaped, Flying Saucer which we've all come to see. It's a fantastic UFO photo I must admit and it's definitely just above the Edgemoor Barn. It's above the barn but to the left as we look at the photo directly on. It was captured by the eye witness (Helen Henry) in Santee and I agree that we should be focusing on this. 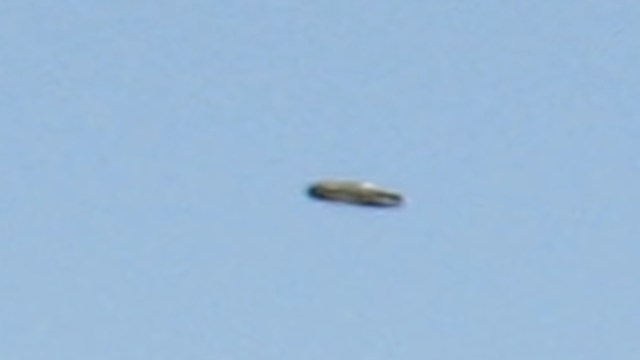 Here's related posts that reflects the UFO sightings around the world right now. 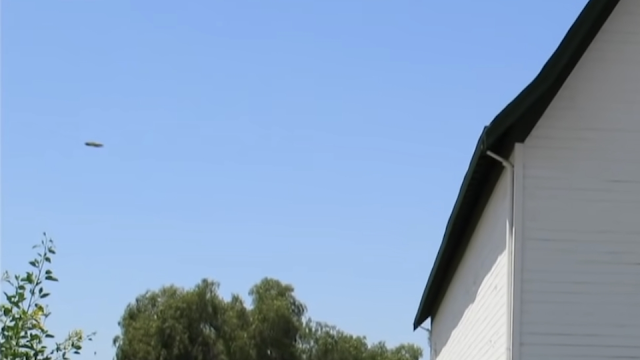 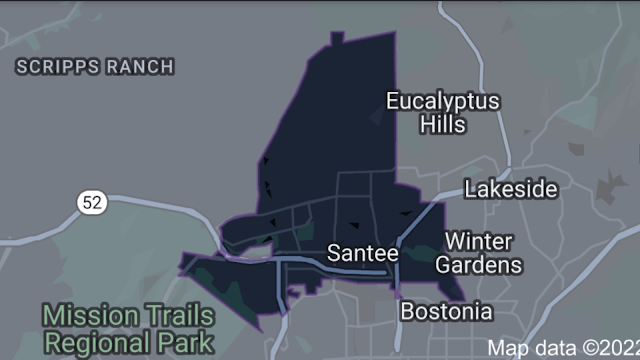 It's a very bizarre request because she's allowing them to use her name... The witness caught the unusual looking metallic silver UFO on Tuesday afternoon of May the 7th, 2003.

It was 9 year's ago when it was first photographed by the eye witness over Edgemoor Barn CA. She states emphatically that it wasn't a bug and moment's after she took these photos her camera broke! She's a local photographer and so you'd expect that the lady knows about cameras so when it's suggested that the camera broke, it probably did break and I'm wondering if this Flying Saucer had anything to do with it?
Related post
Triangle UFO Sighting Filmed Yet Again First Filmed In 2008
Can someone actually develop a device that can remotely send a signal or another unseen signal that can remotely destroy or render a recording device useless or beyond operational? Especially if there's a security element to the need for having it? I bet someone could develop the technology needed based on what we know about exotic technology which is already in use now like the microwave gun that can disperse rioters with focused microwaves?

If you have any thoughts or any opinions on this post that you think is relevant then please would you share it with me in the comments section below, thanks. Also please share this post with someone who would appreciate this, cheers.