On Groom lake road in Nevada the UFO Seekers team came up against a unique set of Orbs that they was filming in night vision. Groom lake area 51 UFOs.

The UFO Orbs that are being reported from here to Timbuktu are everywhere and there's got to be a reason for this crazy influx of round Orbs?

This video is being filmed in night vision. It's been filmed by the UFO Seekers team and it's from when they was headed out to Area 51. While they was there they was witnessing camo dudes, UFOs, strange lights, noises etc. So basically it's a typical night near Area 51. The video below is so interesting and unique looking that I knew I had to bring it to you. 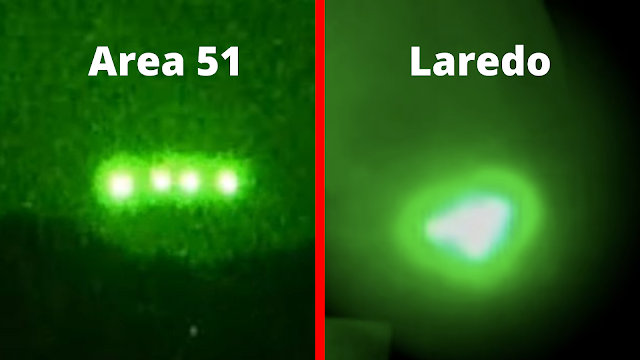 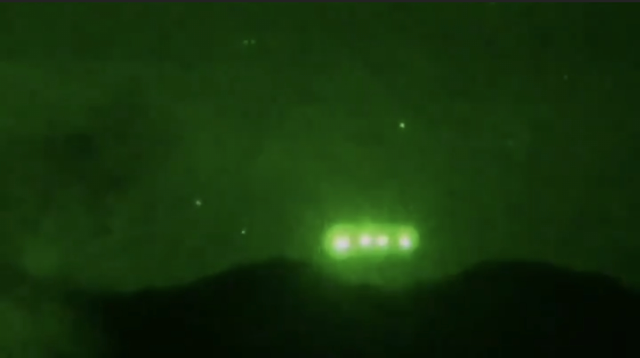 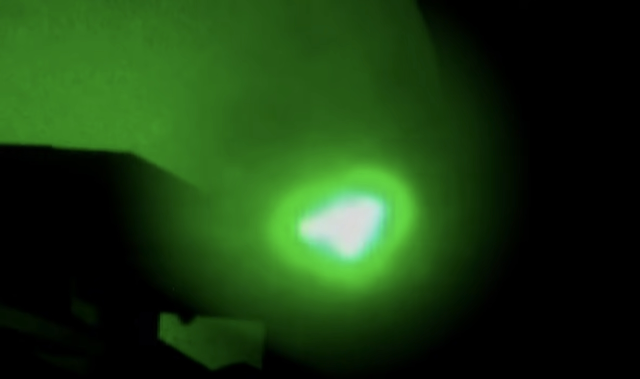 7 out of 10 UFO sighting's are just a white dot in the dark void of the night time sky. But sometimes they move or they just appeared out of thin air or they're just a bit to big to be a normal star. This is usually what get's people's attention and to be honest with you guys, they're absolutely everywhere and in a way they're 50 to the dozen.

But because it's a UFO sighting, that's why they must be noted, they have to be reported and a list must be compiled for history, for research, for posterity and that's just the beginning of the historical nature of these UFO surveillance drones. I genuinely don't think that they're ours and I do believe that what our space agencies around the world are doing by sending out satellites into the deepness of space, so to is our intergalactic neighbors.

We've been sending out drones into space since we've been going into space. We're still communicating with Voyager 1 which is 14 billion miles away. If we're still in touch and communicating and controlling Voyager 1 all them many miles away - you can bet your bottom dollar that Extraterrestrial entities are doing the exact same thing! Autonomous vehicles which gather, index, compile and collated all this light, sound coordinates and other information is being sent back to their home world's! It's just the same as what we're doing. In fact it's exactly what we do guy's except for the planet information, apparently we aren't uninvited guests on an Alien planet? But everything else is being sent back to NASA.

The UFO Seekers team heads to AREA 51 to get as close as possible to the secretive U.S. Air Force facility. While there, off Groom Lake Road, they spot employee vehicle traffic, the employee transport bus, camo dudes, and most importantly, they sky-watch for UFO activity. Let’s see what’s out there!

Here's the epic video from UFO News which I've just put together because it was a while ago that this was caught on camera:

And on the other hand, here's another brilliant UFO video from Laredo Paranormal YouTube channel:

Our latest and most fascinating encounter came in October 23, 2011 while panning the night sky with our third generation night vision appeared an object over northeast Laredo. The craft was totally shrouded in infrared light which is invisible to the naked eye. Resembling a triangle and with spheres at each of its vortices, this ufo had no sound of any propulsion and silently cruised at approximate altitude of 1000 feet and traveling around 80mph in a southerly direction. LPRS took the captured evidence a step further by using the professional experience of a videographer Jose Carlos Rodriguez, who currently works for the federal government. He managed to enhance the video using a software with different types of filters that brings out the actual solid structure of the object. After examination of the newly enhanced video it appeared that the craft had an additional sphere and vertice hidden in its shrouded infrared cloak. Resembling a four sided pyramid with its apex pointing in the direction of its path. The captured phenomena proved that Laredo has its share of ufo activity in its own night sky. Our first video was examined and analyzed by a video specialist that is currently working for the Department of the Homeland Security.
Video explanation in our first video the craft object is magnified; a method commonly utilized to identify such as, license plates, and facial identity. The first clip to the video is raw cut. All that follow are enhanced and magnified for explanation and analysis. For film editors, videographers here is the breakdown:
Layers #1 is the actual raw footage dropped down to 30 percent speed duration for extended viewing, inhaled examination time.
Layers #2 is the enhanced and magnified for better viewing prospective, while layer #1 remains playing at the same speed on the background. For the integrity of our video we are willing to give our video to any video specialist for further analysis.
Thank you for your comments and suggestions. I appreciate everyone's point of view and Feedback.