This UFO cluster was filmed over the night time sky in-between the 2nd and 3rd of October in 2017. It's all been identified as military flares.

The massive UFO cluster was filmed in the night time sky in-between the 2nd and 3rd October in 2017 in Ovidiopol', Odessa Oblast, Ukraine.

There's a YouTube channel called Thirdphaseofmoon run by Blake Cousins and his brother Brett Cousins and they've analysed this UFO sighting and came to the conclusion that it's a genuine real UFO sighting. But, I'll point out something that has come to light which is very important to this UFO cluster over Ukraine in October of 2017. Actually I saw something as well in the video after I zoomed in on the UFO light's. Smoke rising from the ball's of light, meaning flares...

Notice the smoke rising from the so-called UFOs which I am convinced that these are flares, but I'll definitely listen to anymore arguments or debates anout this being a UFO? 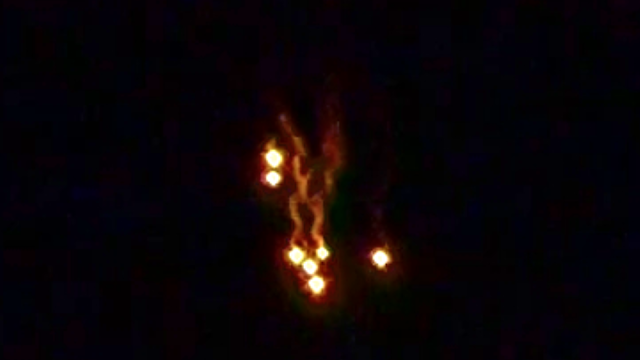 I genuinely don't think it's a UFO cluster at all because after triangulating information with Tweets, other posts by Ukrainian people in the video comments etc, I've come to learn that this is a Ukraine military training exercise because it's clear to see smoke rising from the different balls of light. These are target flares because it was also confirmed by a Ukraine military spokesman and also we can see the smoke rising directly above them. The link to the Express news article citing articles about Thirdphaseofmoon is here.

There's been a post online from a Ukraine military personnel saying that these are flares for training as well. And I must agree with this statement because it's exactly what we're seeing here.

It was filmed in two different places by seperate people, one was in the sky above the village of Novogradska in south-western Ukraine and the other was in Ovidiopol' and guy's these are not UFOs but instead were targets (parachuted flares) used during military a drill involving Ukrainian Marines which was confirmed by their spokesman. 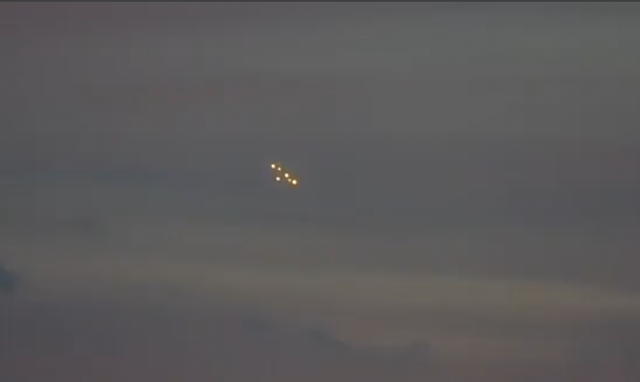 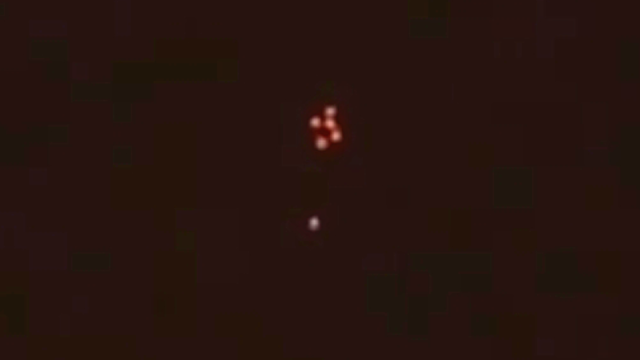 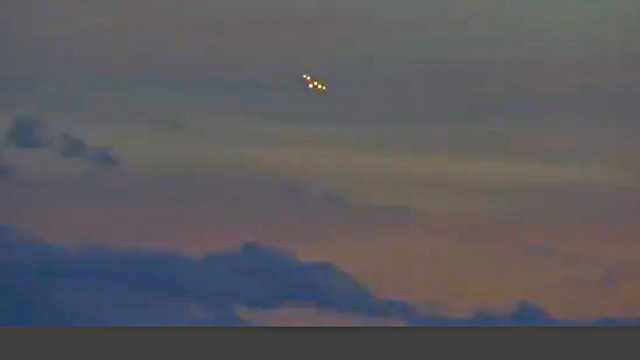 This cluster of lights suddenly appeared in the sky above the village of Novogradska in south-western #Ukraine are not #UFOs but were targets (parachuted flares) used during military drill involving Ukrainian Marines, confirmed by their spokesman. https://t.co/Ihm4QdW4Oh

So, there's absolutely no doubt that there's a lot of light's in the sky in question, but there's absolutely no doubt as well that this is now an identified object(s) which is also a massive boost to Ufology because this proves that UFO researchers can accept it when it's proved beyond any doubt that these UFOs are now identified or as known objects. We're mostly rational thinkers, mostly trying to get to the difficult answers and yes mostly they can be very difficult because Ufology brings out a lot of feelings in people because were mostly dealing with opinions! A lot of people don't like it if you don't agree with them, hence it brings out the worst side of some people!

Here's the extraordinary video which sadly is misidentified as it states in the YouTube video description: