This is an interesting story of a French woman who's convinced she's an Alien human hybrid. She's a blonde 6 foot 3 inch woman with green eyes.

The woman who is 6 foot 3 inches tall with blonde hair and green eyes absolutely 100 percent believes that she's an Alien hybrid.

I'm speechless and even perplexed. Yes, I'm perplexed lol that's the first time I've ever said (written) that. If perplexed means confused and taken aback and don't know how to process any given information then I'm definitely perplexed. Shes gotta be kidding right? Rationally thinking about this she wants to tell the world that she's a half human and half Alien? If true, then that's not gonna end well for her I assume because it's one thing saying it to a few people. But if your on TV, in documentaries etc your gonna get the wrong attention from the wrong acronym agency like CIA. 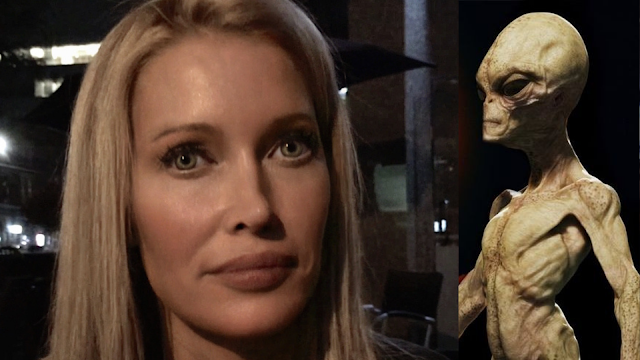 Credit: Eath Mystery News/Pinterest/Express Online/UFO Sightings Footage/UFO News/Canva.
I don't understand that bit, unless she wants to be taken away from everything she's ever known and put in some underground bunker or base at Area 51 and probed - then why would she say that? They put thing's in boxes and they lock the door, then throw away the key. But in this case it's lock the door and throw away the box! 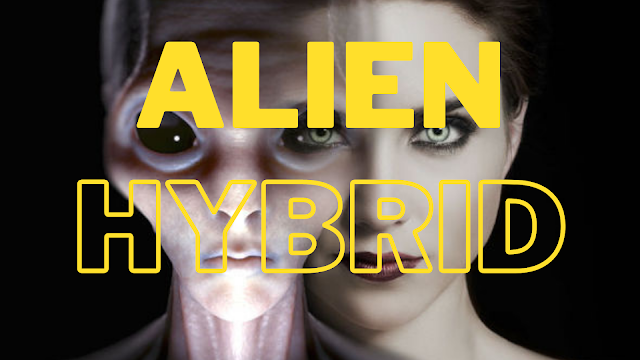 Credit: Eath Mystery News/Pinterest/Express Online/UFO Sightings Footage/UFO News/Canva.
This is why I'm kinda confused because as a human being (lol) it's all about survival instincts and not deliberately putting yourself in harms way, but this woman seems to be putting two fingers up to the human half of herself and embracing the ET side which I assume is a wee bit anti-authority or simply not bothered about the prospect of what could lay ahead for this poor woman? But that's only if it's true and if the Government was to come knocking, she can't hide?
Do you see where I'm going with that?
If the Government took her seriously, she wouldn't be here right now and I honestly believe that! And, if you look deep into your soul and your knowledge about what the darker side of the Government is known for, you'll realize that what I'm saying is true. They wouldn't, no wait hold on that's wrong, "they couldn't" let an Alien walk about this Earth.
Related post
Aliens And The American Astronauts Work Together in an Underground Base on Mars
Having an Alien hybrid or a human hybrid walk about Earth spouting off about she's this and she's that etc wouldn't be allowed. That's just my understanding and it'snothing more than an observed opinion so take it for whatever you feel it's worth. Also, it's what she's saying as well which is blooming suspicious and if you've heard it all before, that's because you have. Being a human, Alien hybrid is one thing but also being a human Alien hybrid with all this innate knowledge is beyond suspicious, it's beyond a story or a made up lie. I think its a delusion and I'll be honest yet again with you, I find it hard to believe based on what I know would happen to her. I also find it hard to believe her knowledge as it sounds like an ulterior motive "to me."
Express Quote:

She is now convinced she was implanted into her mother by aliens after they "visited her while she was pregnant".
Her bizarre story was revealed for the first time by UFO researcher Luigi Vendittelli from Montreal, Canada, on the Earth Mystery News YouTube channel.
Mr Vendittelli said: "Her mother was eight months pregnant and decided to go upstairs into the bedroom to take a break.
"The moment she hit the bed she was immediately paralysed and she started seeing this metallic grey object.

Okay, fine. Your a human Alien hybrid, but now that all this information has been attached to it I'm struggling to believe it. It sounds like the God complex, I'm special, I'm the one. I've been entrusted with sacred and "universe changing" knowledge. It sound's like it's only knowledge for the chosen one. Like, please look at me, only I can save you. Tell your Government that Aliens are blah blah blah.

They actually call it the God complex. It's a known mental health issue that can and does affect people who absolutely 100 percent believe in what they're saying. It's sad, it's treatable but it's only treatable if the person is willing.

Seriously, this is also why I have a really, really hard time believing in what she's got to say about these shocking and very bizarre claims and also because of how much the world's media has latched onto it (like they would) and it's probably just because she's got long blonde hair and is 6 foot 3 inches tall? It's got nothing to do with the outlandish claims at all? I came across this strange and "surreal" story on Pinterest here. It's not everyday that a tall blonde haired woman with green eye's and over 6 foot declares herself to be an Alien hybrid...
It's gonna be news in any country at any time of the year and the reasons are extremely obvious to me - what do you reckon? Oh yeah, and she thinks she's an Alien, let's not forget that titbit of tantalising news. It's got nothing to do with her being a woman and a good looking blonde haired woman at that. Nope, it's definitely nothing to do with that lol.
There's so many examples of people out there that think they're Aliens or they think that they're Alien hybrids just like this ladies claims but I wonder what sticks out about this one. Or, is it just because she's 100% not what you'd expect an Alien hybrid to look like? What does a different talking person look like anyways? It kinda takes people a bit of time to digest the information I reckon. Seriously, it is what it is because that's just the way people are in general.
Here's the full EMN YouTube video:
Please share your thought's and opinions also any ideas that you might have about this really confusing and bizarre story. It's intriguing, it's sad, it's just on a whole different planet if you ask me. I feel bad because I can't see this as being real so I'd personally like her to get some help. We only know her as Lisa and she has a French accent. Check this link for Wikipedia about the God Complex then read the statement below.
I only say this because most if not all of what she says is just her interpretation of her own feelings. Here's a quick quote from the Earth Mystery News website exclusive interview with Lisa:

“I have a reason for being here and it is a little different than other people but I feel there are a lot of people like this. There is something to be done. We need to change things and it’s a very heavy burden to have.” Lisa says as she herself tries to grasp the mystery of what she feels within.

So you see, it's her interpretation only. Anyway, I hope that you have some constructive comments on this really interesting story, cheers.
Credit: Eath Mystery News/Pinterest/Express Online/UFO Sightings Footage/UFO News/Canva.