UFO Orb At Nighttime For The 2nd Day In A Row

The same UFO Orb turned up at the witnesses home 2 night's running. It's a Orb not a doughnut shape even the the light makes it look like a doughnut.

After looking for answers and updates to articles I've already posted I stumbled upon this UFO Orb that turned up two nights on the run.

UFO Orbs have a distinct doughnut shape when the eye witness zooms into it and a very distinct shape when the zoom is then pulled back to it's original setting. It's always the same shape every single time. 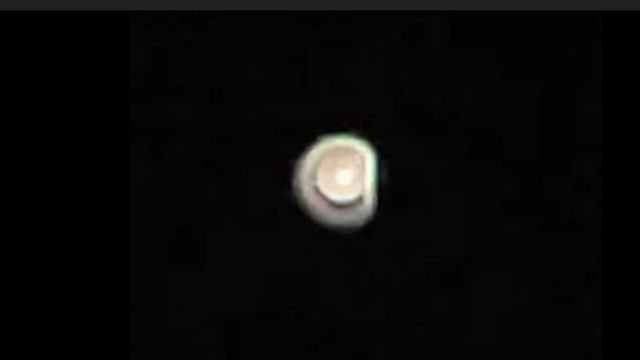 Credit: Young Gifted Entertainment YouTube video/UFO Sightings Footage/UFO News/Canva.
Related post
Amazing UFO Flies Very Close To The ISS In Full View
I've tried a load of times to get to the bottom of this once and for all but I always get the same answer. It's just a light effect that creates the doughnut shape. I honestly don't think that there's a UFO in the shape of a doughnut giving off the light. The dark central spot and the dark round circle inside of the UFO are just a light effect. Because the UFO is extremely bright, it's over-loading the cameras light sensor that's inside the camera, which is just behind the lens. This is why it shows up as a dark ring and central spot. 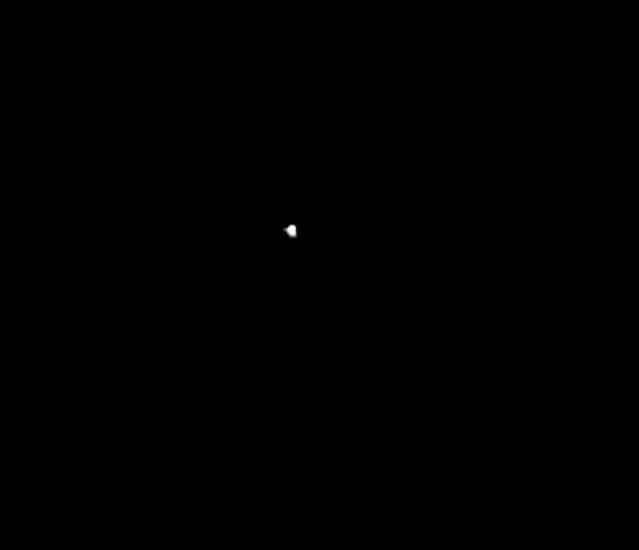 Credit: Young Gifted Entertainment YouTube video/UFO Sightings Footage/UFO News/Canva.
So, based on that I really don't think that the UFO is actually a doughnut shape, I think it's a solid white light with a bit of camera flare or lens flare etc when the cameraman is focusing the lens. The act of zooming into and focusing onto the light creates the shape that we can see which isn't really there. I see it a lot with UFO Orb sighting's believe it or not.
This is just my own opinion though and as nobody has captured one, I really could be wrong... I am confident that what I'm saying is right though as I've not seen many doughnut shape UFO videos taken during the day snd in comparison to all the UFO Orbs at night, it just doesn't stack up or support it.
But, I could be wrong again - also as it's nighttime, you'd be lucky to see one foot in front of you as it's pitch black. I've been wrong so many times lol (or to open minded) though on so many different occasions because it's Ufology and it's always just one big guessing game. I never back down from trying to get yo the right answer's because I understand the implications of Extraterrestrial disclosure and it's not lost on me how it's gonna change absolutely 100 percent of society and everythingthatwe hold dear to humanity! Everything will be questioned right down to a new conspiracy of who's got Alien dna inside of them.

So, what's another wrong opinion about UFO origins between friends? It's all about speculation and opinions, ideas and suggestions. There really isn't a wrong way to answer unless it's outlandish claims.

I try to keep it in the "common sense realm" and not drift off or fly off with the Fairies. Exercising our thought's about why this UFO encounter happened over 2 days is probably a brilliant way to get some answers and when I say answers, I mean satisfying opinions that seem right to you. If a professional organisation like MUFON was to investigate this UFO Orb sighting it could take a year or more especially trying to track down other eye witnesses (if any)and when does one stop looking for eye witnesses... It's an open ended question so I suppose it's just when you feel like you've dreams much as you can. Also, having the UFO (Unidentified Flying Object footage) professionally analysed by a video forensic expert is gonna take a lot of dosh. Dosh means money to those not familiar with it.
UFO Orbs are the most abundant type of UFOs so-to-speak that I've noticed and come across in the many, many year's I've been writing about individual UFO sighting's. If you want to know more about the Orb UFO then you must check out the ISS because they recorded a video from their live feed of a huge cluster of UFO Orbs flying in formation past the ISS. It was a video I'll never forget as I still believe that I traced the influx of Orbs to this live feed video which can be found here in this post I wrote.
The video in that post is amazing to say the least! It's a great UFO capture and if your bored one day, go to the NASA ISS Live feed and you've got a really good chance of seeing a UFO seriously, that's why we have so many UFO sighting's at the iss because people go check it out and "Bam" there's another UFO. You'll probably even catch NASA quickly trying to cover it up by switching off the live feed saying there's a technical problem lol.
Here's the full video:
Please share your thought's and opinions also any ideas that you might have about this UFO Orb sighting? I'm sure that you guy's have seen something similar to this UFO encounter and that you might even have some UFO Orb video footage of your own? If that's the case then please will you post the Orb footage or Orb photo's in the Facebook group UFO Sightings Footage, cheers.
Credit: Young Gifted Entertainment YouTube video/UFO Sightings Footage/UFO News/Canva.