The eye witness sees a UFO over his home in Costa Mesa, California and films it straight away. It's only until he zooms in do we see it more clear.

This is about as strange as a real UFO sighting can get because it constantly keeps changing it's shape.

Firstly, it can't be a balloon. Secondly it's not a paper aeroplane and it's most likely "not" a drone. If I don't zoom into the UFO, you won't be able to see it. I'll explain later in this post.

The eye witness is on his decking just to the rear of his home in Costa Mesa, California on the 10th December 2013 and he sees a glinting object in the sky right above the telephone wires to the back of his home. So he does what anyone else would do, he goes and gets his camera phone out and starts filming the really strange and unusual UFO. It looks a "wee bit blurred" but that's only because he zooms in so it loses pixels in the zoom.

I will add a photo or a screenshot from the video to show you the difference between a zoomed in snapshot a little bit blurred (like the one above) and the normal tiny UFO which I really don't want to post as you can't see anything. That's why it's a bit blurred. I'll post it further down and I'll tag it with a bold * so you recognise I'm pointing to that one.

People always say about the UFO photo's been blurred, just like below but guy's seriously, this particular UFO is tiny in the video so you wouldn't be able to see it if I hadn't zoomed into it. 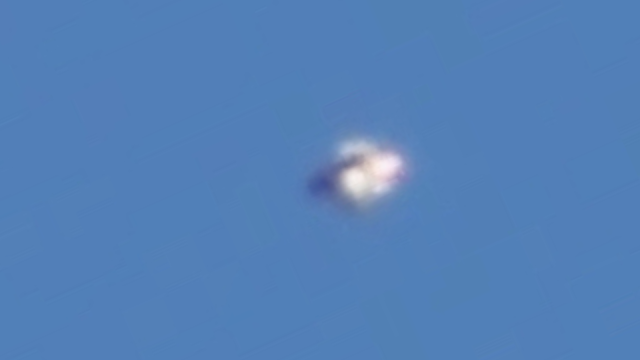 Here's the futuristic looking UFO as it was filmed over Costa Mesa, California, US in 2013.
Credit: Infamous Fanclub/Paranormal Camera & Crazy Tape YouTube Video/Jim Martin and Lewis Richards/UFO Sightings Footage/UFO News/Canva.
Related post
2 UFOs In The Arizona Cloud's Meeting Each Other And One Changes on Camera
It's a silver metallic type of colour with what looks like 2 light's on it's underside facing us, but it could be a couple of flat surfaces on the UFO side's and the Sun is shining off it. But it could definitely be a light on each of the two sides of the underside of the UFO? It really is that bright that it looks like a couple of lights though "to me", what do you think about that?
Don't let it bother you (nor will I) if you don't recognise this UFO or if you see it changing shape but don't know why it's doing it?
Because I've seen a ton of UFOs (you've probably seen more lol) and even I still don't have a clue myself, as to why it seems to be twisting and turning in a constant kind of loop. It really is that unusual. Lately I've been seeing a lot of strange looking crafts since around 2010 till now the year 2021. Orbs and even doughnut shaped UFOs are everywhere at the moment.
I've seen Cigar shape craft's with Orbs at it's rear and "L" shaped UFOs just above the Moon surface and I've lost count of the many UFOs been escorted by aircraft that I've seen online "supposedly real". I can tell you now that without a photographic forensic software analyst or an image expert or some type of digital video, digital photography analysis expert literally right by your side while surfing UFO sighting's then there's little chance of knowong what your looking at "real or fake! And that's the reality of it now.
Trying to get the answer to the age old Ufology question is admirable in my book because of the negative attention it brings from family so called friends and anyone else who knows! So, it's admirable that your willing to put this to the test to get answer's for yourself, good on you. Because the UFO hoaxes are to sophisticated nowadays to detect without an expert by your side:
* 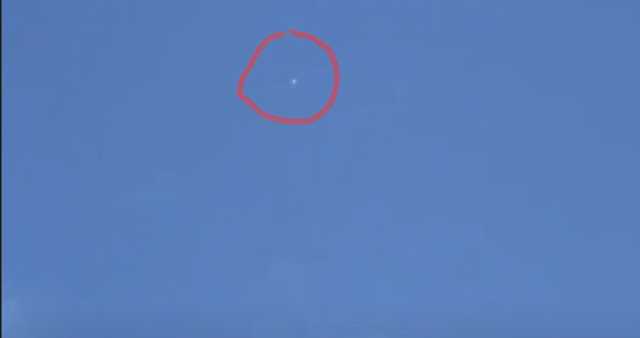 Credit: Infamous Fanclub/Paranormal Camera & Crazy Tape YouTube Video/Jim Martin and Lewis Richards/UFO Sightings Footage/UFO News/Canva.
Here's the question's that I have about this particular UFO.
All these are 100 percent legitimate questions about UFOs in general as well which have been declassified and disclosed by the US government. In fact, books should be updated, and when will we see this phenomenon being taken seriously enough to be taught as part of the national curriculum in schools? It deserves to be taken seriously because there's been so many people's lives wrecked just for coming forward and now that we've had Government UFO disclosure or "UFO confirmation" it should be added onto at least as a cultural phenomenon which turned out to be real... 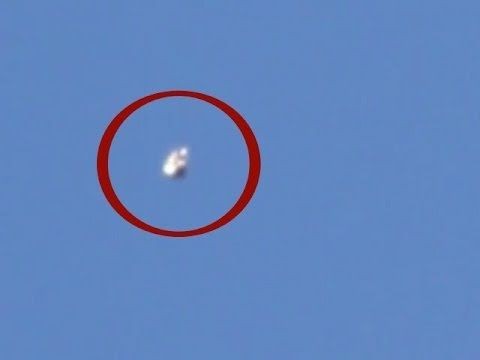 Credit: Infamous Fanclub/Paranormal Camera & Crazy Tape YouTube Video/Jim Martin and Lewis Richards/UFO Sightings Footage/UFO News/Canva.
And although it's a million miles away from where them days where, I get the impression from talking to lot's of various people that nobody is even aware that UFO disclosure has even happened! Now that's the unusual thing for me to understand because I thought everyone was aware or at least knew someone who would have said something as most people I know was definitely talking about the UAP's. 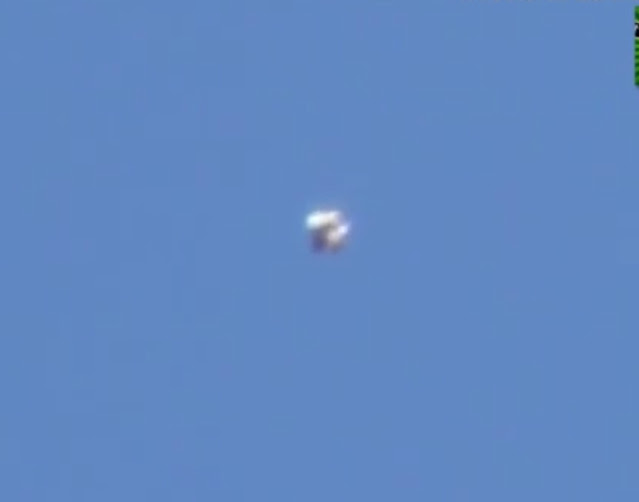 UFO sightings are about as rare as Gold. Seriously, we can't see them when we are going about our business.
It's only until we take a closer look and squint our eyes to see the glistening lights is it that we start to see flecks of light in the clouds, just like this one. 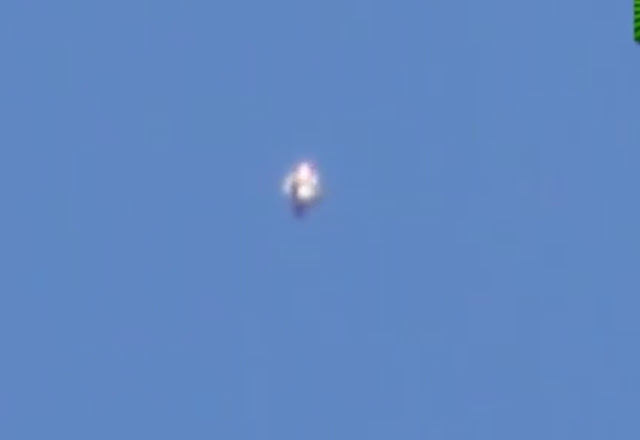