Undeniable Proof of Alien Presence on Our Moon

There's a lot of UFOs being seen flying above the Moon and people are catching them on cameras and telescopes. It's a new era for Moon study.

This is the smoking gun in terms of the UFO footage that will vindicate a lot of people who have filmed UFOs on the Lunar surface.


This is probably one of the best UFO videos showing real crafts on the Moon in 2019 that there is? I'm always stunned at how real the UFOs look on the Lunar surface. This is but one of many UFO sighting's on or above the Moon. 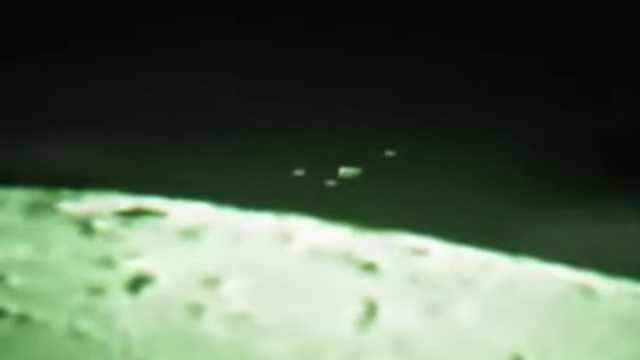 Did you know that most was by accident with a new telescope and or a new high powered camera.


The video starts with a nighttime shot through a night vision camera so it makes the screen green in part's and dark black overall. Nighttime seems to be the best time to find evidence for Extraterrestrial activity for some reason because we've all seen the videos showing the UFO Orbs passing by the Moon and while people are adamant that we're just seeing birds and or balloons released, a large proportion are saying that they are lanterns.
Sometimes we need to have blind faith in some thing's like Ufology. I choose to believe because I base it on a ton of other related incidents and UFO events. Conspiracies and cover ups including the Apollo program and NASA in general gives me the edge I think when making a decision.


It really does matter because there's a huge difference between balloons and bird's plus lanterns. Listen, it's gonna become a bit more clearer when people start to realise that the US Government has already made it clear that UFOs are real.