Silver Metallic UFO on Mountain in Mexico Filmed Through a Telescope

Guy's you know when you see a UFO in a video that makes you feel like it's the real deal, that's exactly what this one does. I'm sure the UFO is real.

This is as good as it gets, it's a real silver Flying Disk/Saucer and it's changed my full opinion on this particular UFO sighting from Mexico on 2nd October 2020!

I've gone from a staunch no way, to a definite and confident, yes that's real. It's been filmed through a telescope and if I'm mistaken, there's no way it can be faked like that - to such a very high standard like it is. 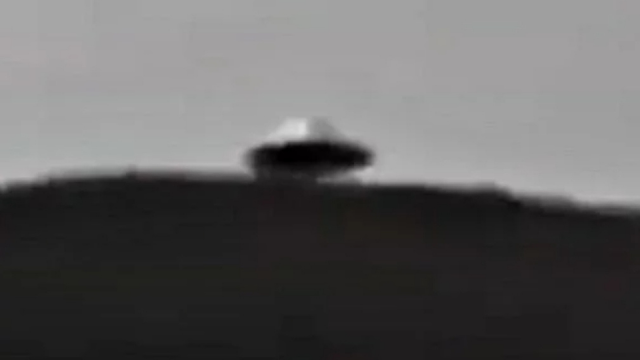 Look at it, it looks about as fake as a ten Bob note but it's been filmed through a Telescope and it's zooming in and out of the UFO. It's positioned right on the edge of the mountain lip. How could they fake that in such a way that for a starter's it looks like it's been filmed through a potato 🥔 and it's general workers in work uniforms carrying unknown parts or pieces for some sort of infrastructure.

There's absolutely nothing to gain from the UFO video unless it's part of a gold plated DVD collection "I don't even know what that means" but it's stressing the point brilliant that this is filmed for no reason other than these workers stumbled upon it. 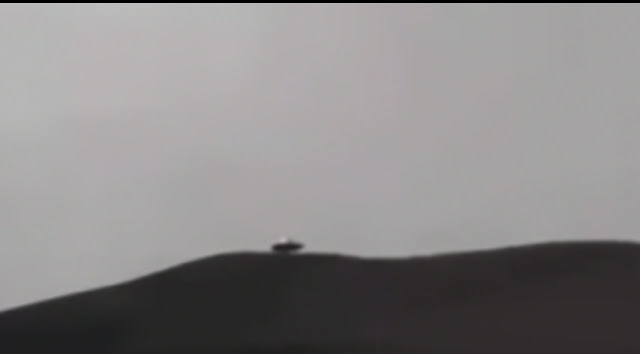 It's a silver Disk type of UFO with a traditional looking circular top and bottom that has a large middle that leads out in a general in line. That gives us the traditional UFO in the shape of a Flying Saucer.

On a guess I'd say 200 foot across by about 35 feet high. We can see underneath it and there's no stability feet or landing gear. It's got no windows or symbols and it's got nothing by way of a door or opening. It could be a sealed vessel with no occupants which would indicate or point to this been a drone type of vehicle.

I'm going to have a good guess and say that it might be here sampling chemicals or it might be surveillance or just soaking up signals? It could be stationary because it's doing a data dump ie sending all the information that it's gathered and can use or needs, back to it's awaiting receiver...

No wrong answer, what does that actually mean and does that mean it's never going to be verified because if it does then it's a very defeatist answer. Can we even tap into a river of knowledge about the world. Everyone likes the idea that they have access to a mountain of knowledge that only they can access. That's called common sense, it's also called an educated guess but there's another answer which is called "deluded".

But when we're faced with tangible UFO evidence like this that seems to be real and it's not looking like it's a hoax then we can safely put the deluded part to the side. We must look into this because it's life changing if it's real. But there's nothing out there that I know of that are actively looking into amazing UFO sightings.

Apparently there's a program going where someone or a department in the Government is looking into UFO sightings (I pay it little attention). I put about as much faith in that UFO investigation program as I would a chocolate fireguard and that's based on it's lying, deceiving past.

Thanks for checking out this fantastic UFO evidence video, please can you share this post so we can see what people think about it, thank you.