The Chilean Navy Released A UFO Video And It's Awesome

The Chilean Navy pilots got more than they bargained for when they went out on routine patrol? They encountered a real life UFO giving off a massive heat detection which was caught by their own FLIR or forward looking infra red camera? It is an amzing sighting which was seen or witnessed by professional observers and was not known to any of these observers at all which suggests that this was a genuine unidentified flying object? That's not the only strange thing about this? It was strange for the Chilean Navy or the Chilean Military to release the UFO video at all?

Here at UFO Sightings Footage we are totally convinced that this was a real, genuine 100 percent REAL UFO sighting witnessed by top trained observers and trained people in the art of surveillance and intelligence gathering. 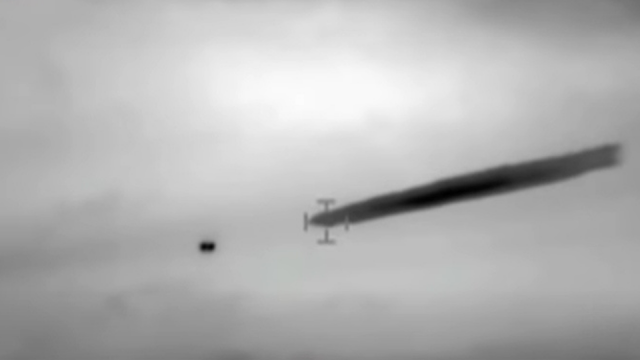 Credit: Chilean Air Force/Canva/UFO Sightings Footage/UFO News/Fox News.
So this is why we believe this is real?
The Chilean government agency always makes its cases public when an investigation is complete, and acknowledges the existence of UAP (Unidentified Aerial Phenomenon) when a case merits such a conclusion. Only they call them exactly what they are which is UFOs.
General Ricardo Bermúdez, Director of CEFAA during the investigation, told me that “We do not know what it was, but we do know what it was not.” And “what it is not” comprises a long list of conventional explanations.

Here is what happened: On November 11, 2014, a Chilean Navy helicopter (Airbus Cougar AS-532) was on a routine daytime patrol mission flying north along the coast, west of Santiago.
On board were the pilot, a Navy Captain with many years of flying experience, and a Navy technician who was testing a WESCAM’s MX-15 HD Forward Looking Infra Red (FLIR) camera, used most often for “medium-altitude covert intelligence, surveillance and reconnaissance,” according to the product website.
The aircraft was flying at an altitude of approximately 4,500 feet on a clear afternoon with unlimited horizontal visibility, and the air temperature at that height was 50 degrees F (10 C).
There was a cloud base above at 10,000 feet, and a layer of stratuscumulos clouds below. The helicopter was flying at about 132 knots, or 152 mph.
Fox News video shows what the Chilean Air Force Pilot saw:
Credit: Chilean Air Force/Fox News YouTube/UFO Sightings Footage/Canva.