Triangle UFOs are everywhere in the universe, seriously this is no bull and they're on this planet. Don't wait for the Government's to tell you this.

This is that time when I put all my cards on the table. This post is going to show you why I - "in all my limited wisdom" believe in life in the universe other than humanity. 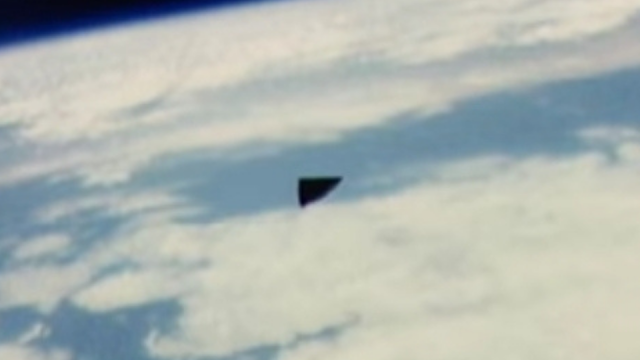 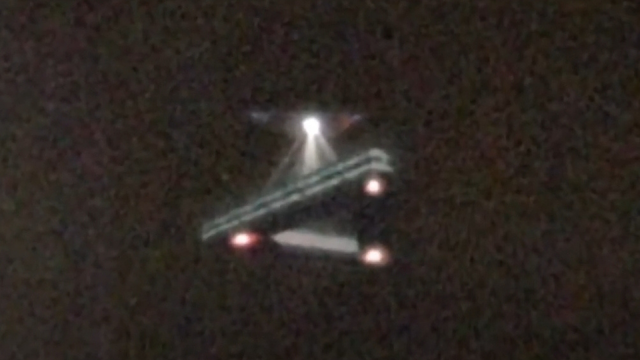 
But for now, I want to explore what is going on in the world that includes UFOs, possibly Alien contact with the human race and at the very least, you will know why I shifted into 4th gear when the 3 UAP videos released by the US government went viral.


What about this "rock formation on Comet 67P." It's right there in the NASA archives just waiting for YOU the UFO believers, the Alien believers and anyone else who's on a personal mission to know for sure if we're not alone in the universe.


UFOs are real, we know that now. NASA goes out and gets the information then publishes it online, go and find it. It's there just waiting for you.

Alien disclosure is a personal mission, the truth is there, you just need to look for it. Yeah it sounds like the quote just above but the fact of the matter is this; everyone in the world knowing that Aliens exist is one thing but just you knowing or everyone knowing doesn't change anything.


You don't need anyone else to know that Aliens exist because you know that they do. This is why NASA goes out and finds it, then publishes it. Because they know it's now up to you to literally go online and look through their millions of photos and videos. It's obvious that they can't publicly say "Alien entities exist" because they would have done it by now.

So go through the photos and videos that they have gathered over decades (sounds daunting I know) but trust me, it's brimming with UFOs and Aliens. Just look at the UFO photos in this post. 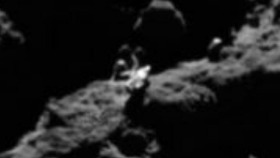 Believe me, that "rock" on this Comet 67P does not look normal. It's right there in the NASA archives waiting for you to check it out. NASA isn't allowed to tell the people that they found Alien evidence. The Government believes that it will cause people to become extremely agitated by it, that they will behave abhorrent and a crime wave will ensue because people won't be able to control themselves.

They've (the Government) done studies into it, professionals have painted a very negative picture of what they believe will happen if the Government goes live on TV and breaks the news that Extraterrestrials exist.
And they will not lose control, not now, not ever! So Alien disclosure won't happen. But, we've got UAP, that's the most we're ever going to be given and I'm grateful for that.


The US Government said it's (the UAP videos) are not technology invented by another country. They would have never gone public with that kind of intelligence just to prove a point also because they wouldn't want that knowledge in the public. Tipping your hand on that kind of scale just isn't possible.

These 3 UAP videos really have become a lynch pin so to speak, they've become a "battleground defensive line" where I can regroup and gather my thought's, my focus and reshuffle all the information that's constantly going coming in regarding UFO evidence and sightings.

Seriously, it's staring at us all, it's been there all along and it's not going to get any better than this.


Will I have to reel myself in, probably, because this isn't no game, this isn't some stupid "CGI crap" designed by some students.


Below is UFO Triangle on Mars. 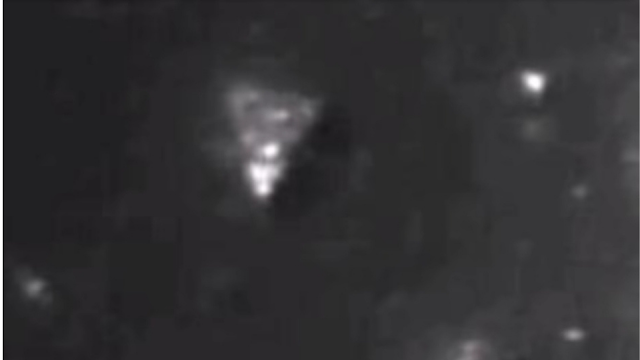 This is NASA’s own evidence, this is why they keep on getting funding time after time from Congress. They keep on discovering Extraterrestrial life or actual real evidence (tangible evidence) that is irrefutable, evidence which they must secure before the Russians do.


And now China has a permanent space station called Tianzhou (Spacecraft) where they can literally go pick up anything that they want and from anywhere in space!

All the stuff that Ufology researchers have found in the past from trawling through NASA images and videos, all the UFOs on the Moon, Mars and asteroid Bennu (which has a spacecraft on it). China now has free range to help themselves to it. Check this out:

How the hell, no, why the hell is all this evidence being swept under the carpet? It will not get any more clear than this evidence right here. But the people of the media will not, won't go near it.

It's got such a cloud of whoop ass ridicule above it that no half serious journalist will ever touch this. Ufology is for nut cases, it's for tinfoil hat people. So, even if we had clear as day Alien vehicles in space, nobody would be able to contain themselves from laughing and rolling their eyes at it. It's proof that there's been a systemic attack on anything to do with life in space.


Yet, this is NASA’s own ethos, it's their bloody remit, their reason for existing, their bread and butter since it's (NASA's) inception has been to look for life in space! And I'll also add that every single mission into space is to look for life either directly or indirectly, inadvertently or other.

Why do they get to be the only ones that can talk about Extraterrestrial life existing elsewhere in the universe and when people use NASA’s own evidence, we get called fruitcakes? Well it's total bull crap.


Forgive my lack of education but this NASA photo sure looks like a Triangle shape craft in a crater on the Moon! What's insane about it? Nothing, there's no sign of deterioration of my mind, my thought process or otherwise are intact.


Yet, if I step away from or off the normal prescribed way of thinking and I'm instantly wearing a tinfoil hat. Just because I don't wear a white lab coat or have degree shouldn't be a problem. I have eyes don't I, I can see it, so can you. And if I ask them "please could you explain what this is in the photo" they say no comment, call it swamp gas or a temperature inversion, cloud build up of layered refracted droplets of tiny interlocking ice crystals that started it's journey in the upper atmosphere with blah blah blah.


I don't know a lot about planetary science, quantum physics or physics come to think about it, (now that you mentioned it) so I just keep it simple because I know my limits and just ask "what is that Triangle shaped UFO doing on the Moon" low and behold, the next thing I'm insane.


I'm going to add in this post just a few of NASA’s own photos for you to make up your own mind about what they keep on discovering but keep on failing to tell the public.

No wonder they keep on creating mission after mission to look for Extraterrestrial life, they're fully aware of them and know for a fact that they're out there. Or, check this ironic piece of information:


They keep on doing the exact same thing mission after mission but expect different results - but all the while they keep on getting the same results. Forgive me if I'm wrong (again) but if I'm not mistaken, Einstein said that that's the definition of insanity.


How ironic is it that I'm asking if Aliens exist so apparently I'm insane, but yet NASA keeps on doing the same thing over and over again expecting different results yet they're the one's sane? 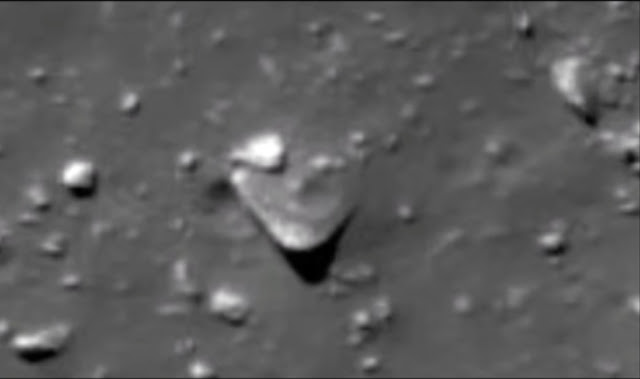 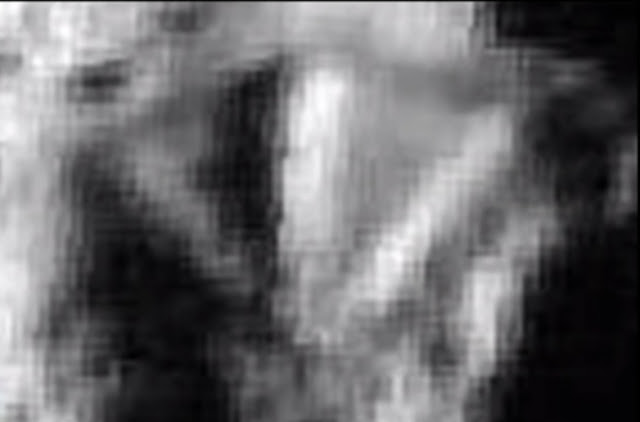 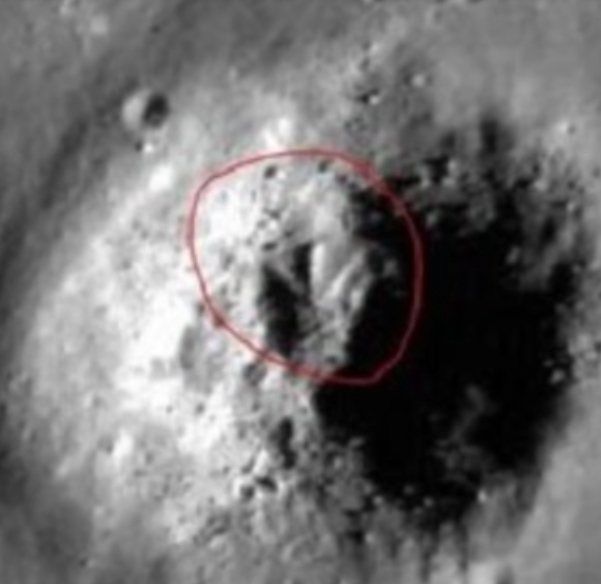 This one below was discovered in the middle of nowhere in Antarctica (click the link) and Secureteam10 just did a video about it because Tyler is back, a bit worse for ware but I think he's gonna get through it! 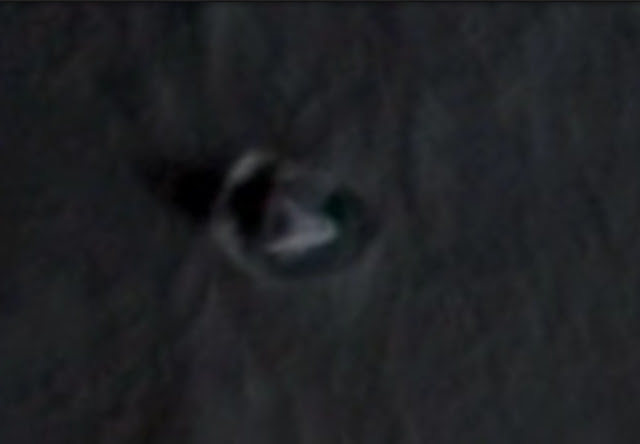