The Apollo 20 Moon mission was cancelled but yet it was paid for and people witnessed a Saturn 5 rocket take off. It went to search a UFO on the Moon.

Sometimes I read all that I can get my hands on regarding the Moon and it's ancientujh Alien past as it's dark side is so mysterious. The UFO evidence caught on camera during the Apollo Moon missions fly past really interests me because of the huge Mothership it discovered. Read this post it's the very best way to understand what was discovered and what was said by the Apollo 20 cancelled mission crew.

I understand that it's still only a human perspective but then I come across stuff like this crazy looking craft or Mothership sat on the Moons surface all the time. This one I totally believe because I've read this many different ways by many different people including astronauts and the people involved in the cancelled Apollo 20 program. 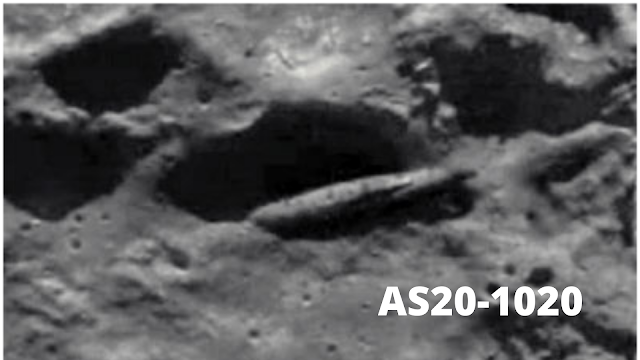 Another photo taken from a fly pass of the lunar region where the ancient Alien mothership appears on the Moons surface. It looks really tiny in the center region don't you think because there's nothing to gauge the size of the craft. Photo AS20-1020, Apollo Image Atlas Courtesy NASA/LPI.

To get a better understanding of the size of the Moon anomaly, we're going to be looking at a comparison image which shows us the approximate size of the ancient Extraterrestrial spaceship. The Eifel Tower 🗼 is a great place to start with as everyone knows the size roughly and do this image will give us an understanding of it's true size. 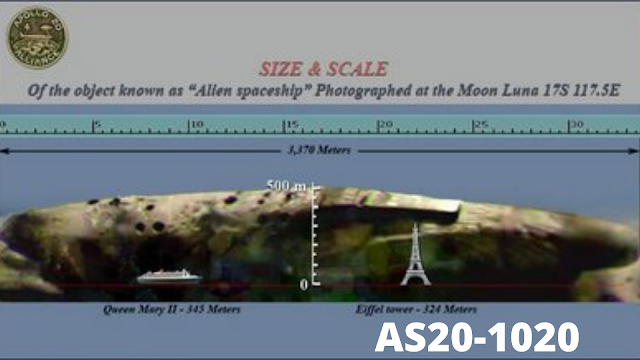 Carpent your poma nepotes. (Your descendants will reap your fruit) - quote from Virgílio: the logo of the APOLLO XX mission in the image below. 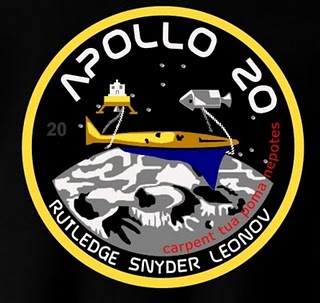 This photo taken during the Apollo mission shows a blatant UFO in the shape of a Cigar with an uncanny resemblance to the Oumuamua Asteroid if you remember that? The interstellar Alien spaceship was said to be travelling through our part of the universe.

Here's a great YouTube video showing what was recovered from the Mothership on the Moon:

The Moon is a fascinating place, it's standing up there with just the one side constantly visible to the Earth. It's like someone or something put it there on purpose. 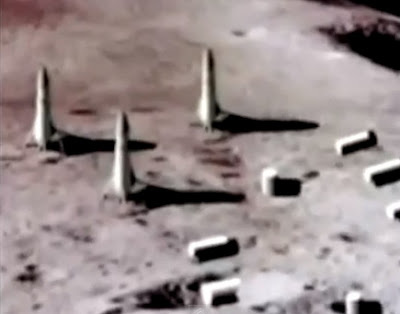 Concrete Evidence of Triangle UFOs on The Moon