Staggering UFO Breaking Through The Atmosphere Leaving A Blazing Trail

Arizona in the US is where lot's of UFOs are being recorded like this electric blue UFO leaving the Earth. It looks like an Aliens hand reaching down.

It's not everyday that we're treated to a spectacular 2 UFOs sighting but this one literally takes the biscuit but in a good way! 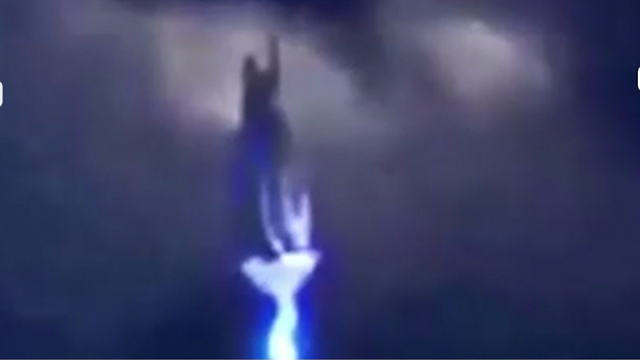 I like this crazy, electric blue UFO video (or hand - I'll explain later) because of a few thing's to be honest. It's so over the top but with a serious note to it as it's presenting itself in such a way that it looks very real! Okay that's only my humble opinion but just because it looks like it could be out of a Sci-fi movie doesn't mean we should dismiss it!

Is it a sophisticated holographic image or is it part of Project Blue Beam? Here's a little quote I found about this video:

The action takes place at least a few miles above ground, suggesting that "both objects" are huge. They make no attempt to shield themselves from view and this is an important detail. Whoever or whatever was behind this otherworldly apparition wanted to be seen by those below.

If the objects are indeed extraterrestrial in nature, it must mean they understand and make use of symbolism. An alien hand reaching out and grabbing an alien head and then disappearing from view might signify their intentions of withdrawing from our planet.

Below is a snapshot of the UFO flying upwards after leaving the other UFO entity way below it. See the full image below for further information. 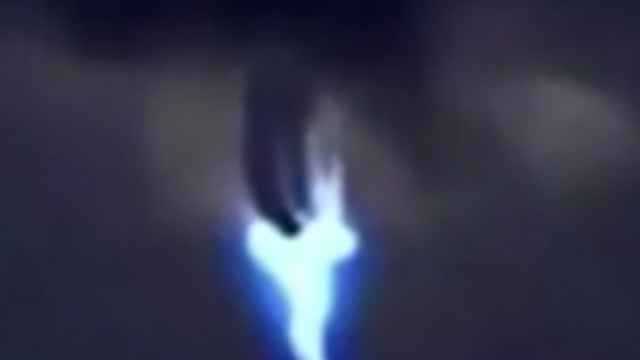 I'm gonna be backing it because we don't even know what a real Extraterrestrial spaceship looks like (unless you only believe the UAP videos) and that's exactly why I'm looking at this entirely different now. I've probably dismissed hundreds and hundreds of UFO videos because I know best.

What will it be?

I'm a believer in this but obviously I have my own opinions on this. To be honest with you, I reckon that everyone will have their own opinions on what they see here in this post. It's gonna get people talking about Ufology and that (as far as I'm concerned) is a great thing. Ufology is dare I say it, become mainstream that everyone has accepted it. It was always going to become mainstream because I knew that one day people will know the truth. 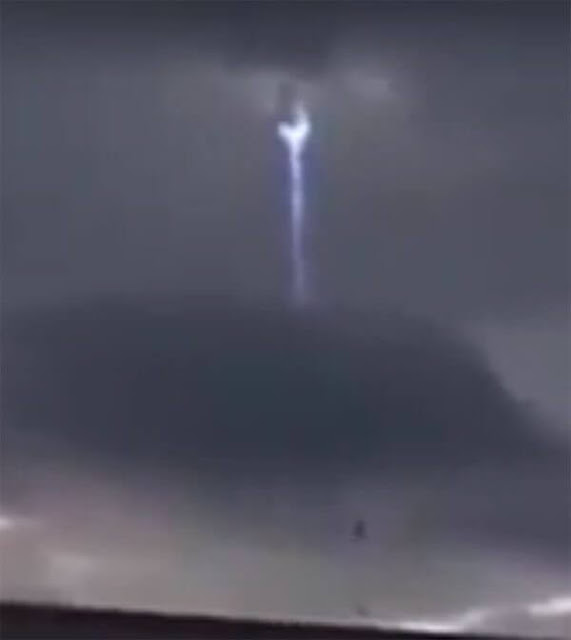 The video shows an undisclosed neighborhood in Arizona on an overcast day when suddenly, a streak of electric blue light is seen ascending through the clouds.

Saying it out loud is eye opening because it sounds ridiculous. Everytime I dismiss a UFO video because I know best, I'm actually doing Ufology no favours. Taking a glance at a Flying Disk and dismissing it within a few seconds is not research into UFOs.

It's actually called "being closed minded, very opinionated, egotistical, self centered and selfish" and here's why:

It means that anyone else's reasonable and feasible ideas and opinions, their educated guesses plus all their knowledge and wisdom means nothing - right?

So, because of this UFO looking the way it does means that if anything it's opened my eyes to my own short comings. Now, I don't know about you but I'm going to keep an eye on this awesome craft.

And it definitely achieves that if you ask me. I've seen this UFO video before knocking around the Internet and to be honest with you I dismissed it outright because it looks to good to be true. No other reason other than the fact that I know better than what the Aliens know. My own view is flawless lol.

I can't believe that I literally thought I was the bee all and the end all, that I somehow had the only insight into what a real UFO looks like? But after reading a lot of comments on many different UFO videos, it seems that like I'm not the only one who knows this...

Realistically speaking there's absolutely no way that I could know what an Alien spaceship looks like. I've not seen one, I've never been abducted by Extraterrestrials and I have no secret red phone in my office. I might think I have a good understanding or a good insight into what Aliens prefer to drive, but let's be sobering honest about this, nobody (could know) knows unless their Alien abduction was genuine and or, their close up UFO encounter was genuinely a real UFO event.

The UFO in this video screams fake, but guys I'm not so sure about this because believe it or not it actually ticks the right boxes. Seriously though, just because I have my own slight prejudices about big, over the top looking UFOs, should not cloud my judgement.