Cameraman Zoomed Into The Moon And Sees 3 UFOs

The Moon is a large place, it's a dominating force of nature, or is it? It's showing us only one side. This video has 3 UFOs in it and looks real.

This is the moment a trio of UFOs were filmed above the Moon In their own formation and they were one by one flying into or behind the Moon. 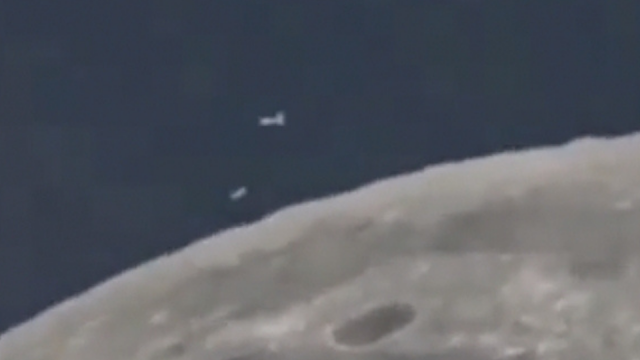 I'm definitely leaning towards the video being "actual UFO evidence" but it's 2021 and I know that anything is possible. I honestly don't think that the heat shimmer that's in the video can be faked. It's like a heat wave on a highway through the desert or like when a camera is focusing into a UFO above the Moon.

Shimmer in this video is a good sign because for it to be there it's probably way to much trouble for the fakers to add it to the video and make it look right when faking it, while in edit mode. Obviously that's just my opinion on it and as I don't hoax UFO videos, it might be as easy as adding a text banner? 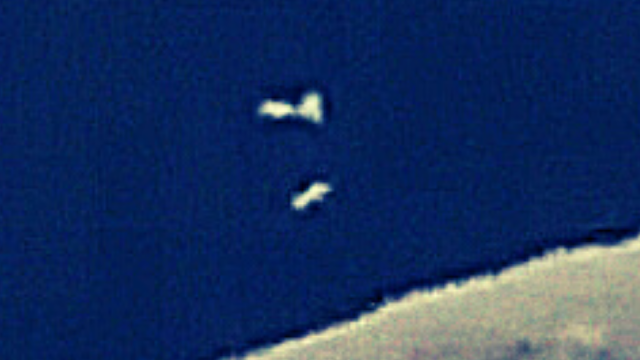 The video was uploaded to Instagram by flat_earth_stuff_v2 and the video is a reel of Instagram, it also shows a bit of sarcasm as a description. But all that aside, knowing what I know about the Moon, there is no evidence to say that it's a hoax or that this is a fake UFO video. Even when someone comes along and says "it's already been debunked" I simply don't listen to that. I will always be doing my own research to help me make a decision, not read something and take their answer. 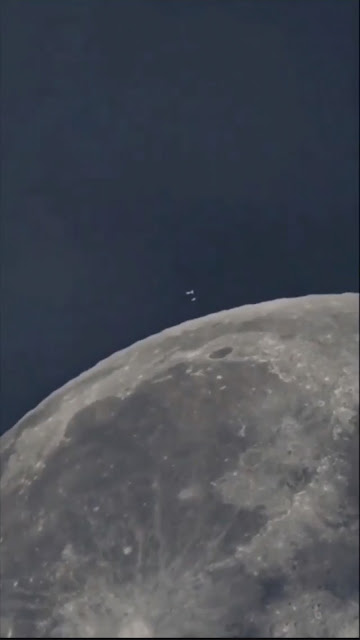 That's why I look into the UFO phenomenon, because I want more than the Government's sanctioned news. It's history but it's to literal, it's an "editorial his-story" which as you may already know that it's a history someone is paying people to say. It's a narrative that is so far from the truth that it's become it's own kind of UFO (Unidentified Fabricated Object).

I like this real looking Moon UFO video because I've actually seen other similar Moon UFO videos with crafts flying in and out of the Moon and also flying around the Moon. Telescopes nowadays are stupendous and simply off the charts! We can see the Moon with extraordinary detail and it really does blow the mind. The zoom on this camera is very good quality and it's my honest opinion that the UFO video here is a real UFO sighting.

Please can you share the post and we'll try to find out what actually happened here in this very video. I've said it before and I'll say it again, just because there's no information whatsoever with this UFO video, it doesn't mean that we shouldn't post about it or write about our thoughts on it because it's still going to judged by history. I just want it to be the right history and not a fake one.

If we can get some evidence of this been filmed I'd be over the Moon (no pun intended lol). It might have caught someone else's attention and they all started filming the UFO as well, which would then corroborate the UFO video your seeing now! That's no joke guys, it's always a good thing to be open minded and optimistic about UFOs, cheers for reading.