NASA’s Keplar Telescope discovers 4 new Earth like planet's and it was all by pure chance. Scientists have crunched Keplars data to find new Earths.

These four Earth like planet's aren't bound to any host star and do not revolve around anything but themselves.

NASA scientists are still analysing the data from Keplar which was decommissioned in 2018. Believe me when I say that everything about relying on chance to discover Earth like planet's is bonkers of the highest possible order! But this is exactly what has happened. 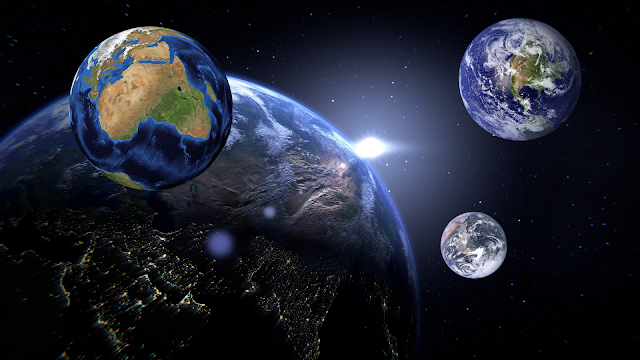 Free-floating as it's been called to describe the four Earth like planet's, just shouldn't be happening to any planet let alone 4 of them. And Earth like to boot. So, let me wrap my head round this "all four are Earth like", that's so improbable as to be deranged for even suggesting it. Or, it's a total lie, or Aliens have parked them there. Or I've fallen asleep and I'm now in cloud cookoo land.

Four Earth Like planet's without a star to revolve around is insane, but doesn't an Earth like planet need a Moon to exert forces and other things yo remotely look like an Earth? It sounds like a deliberate thing but it's all bloody wrong because the probability of what they're suggesting is a definite naught. 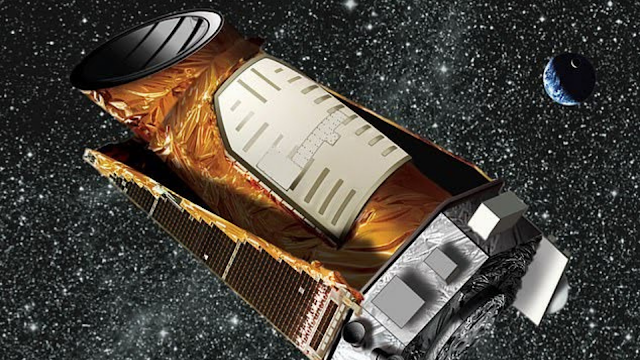 The now retired Kepler telescope spent nearly a decade in space looking for Earth-size planets orbiting other stars, but scientists are still analysing its data.

Kepler launched in 2009 and was decommissioned by NASA in 2018 when it ran out of fuel needed for further science operations.

It was launched specifically by NASA with the aim of identifying planets outside of our own Solar System, known as exoplanets.

Based on a technique called gravitational microlensing, researchers reveal there are four new rogue planets in total, which likely have similar masses to that of Earth.

Strange, that's literally the first word that came to my mind. It's "strange" how NASA gets tons of "unbelievable yet amazing information" from a Telescope that they deliberately created, looking through a specific lens... It gives them the information what they ask for, that's the strange part and it gives them the opportunity to narrow down the field of observations to filter out the only information that they know could support life.

It's like they have a bit of insider information, like they've been told to look at this part of space, because without the info they're literally looking at nothing, till it happens. With this specific lens, at this specific time. Or, it could all just be a good day's fishing... Dipping the telescope in and out of space, looking here, there and everywhere... Using different lenses maybe, at different times of the year maybe or when a blue Moon is visible, perhaps.

So, what is microlensing? Well, here's where the "strange" becomes a viable solution and where the word chance is absolutely acceptable for scientific purposes. Even though science generally turns it's nose up at chance because fundamentally in science nothing is left to chance. It's a contradiction. To me, microlensing is a contradiction.

For this project, researchers used data obtained in 2016 during the K2 mission phase of NASA’s Kepler Space Telescope – an extension of its original mission.

During its two-month K2 campaign, Kepler monitored a crowded field of millions of stars near the centre of our Galaxy every 30 minutes in order to find rare gravitational microlensing events.

Alien Spacecraft Was Found on Mars

Gravitational microlensing relies on chance events where from a certain viewpoint, one star passes in front of another star. 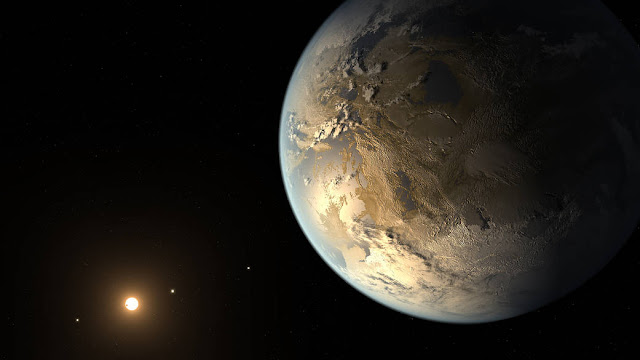 The artist's concept depicts Kepler-186f, the first validated Earth-size planet to orbit a distant star in the habitable zone—a range of distance from a star where liquid water might pool on the planet's surface. The discovery of Kepler-186f confirms that Earth-size planets exist in the habitable zones of other stars and signals a significant step closer to finding a world similar to Earth.

"Earth Like planet's" is a massive, huge statement. In fact it's historic, it's a point in time from which education is based upon. It's great the Keplar Telescope, it looks so deep into the vast distant past and supplies the NASA scientists with so much information that they can literally set it up to look for specific results. But that's only if what they are looking for is "actually out there". If not then, it's all guess work. Education guess work couldn't even produce this kind of results. But, I'm supposed to accept that chance is the answer. No way.

Please enjoy this video about the Keplar Telescope: