Long Cigar UFO Right Next To The ISS

This huge Cigar UFO is about as blatant as it gets in terms of Aliens waving a huge flag and saying "hello".

Here's NASA and the powers that be, not even bothering to hide this Cigar shaped UFO and it's been released with their full backing otherwise it wouldn't be here - right?

Don't think for one minuet that UFOs don't exist because the US Government has already confirmed that they do. I'm actually really bored of saying that they do exist, having to remind people to be honest with you. People should be up to speed on that at least, right? Especially people interested in UFOs because it's been a while since we got UFO disclosure. Can you imagine that it was only decades ago that people was put in to lunatic asylums if they even muttered the words Aliens exist.
Can you imagine saying that you saw a UFO or that you were abducted by Aliens! I honestly thought NASA wanted to find Aliens... But they don't even look right under their nose do they. The ISS is infamous (or famous) for UFO sightings and Alien life being found on the outside windows which was in the popular media then faded but getting back to the point - NASA is ignoring the many UFOs seen through the years. Why is that do you think?


Or, is it that NASA's hands are absolutely full of UFO incidents and they're preoccupied "erasing other UFOs from history" so we're seeing some slip through the net, so-to-speak you understand? Who knows what NASA is doing, they could be busy erasing tapes of UFO clusters, deep space UFO contact with their deep space satellites. This cigar shaped UFO proves NASA to be inept and not fit for purpose. They exist to look for life in space yet here they are and they don't do a thing. Me thinks that NASA isn't even looking for life in space and that they're up to something else... WHY else would they be ignoring blatant "on their doorstep UFOs"?


This white Cigar shaped UFO is a big slip by the way.
This is the exact reason why NASA has a

Cigar UFOs, there's no other way to describe them lol (besides the Cigar similarities) other than they're like a torpedo shape with a long cylindrical design to them.


They're almost always rounded at the ends like a ball cut in half and one half is at one end, with the other half at the other end. 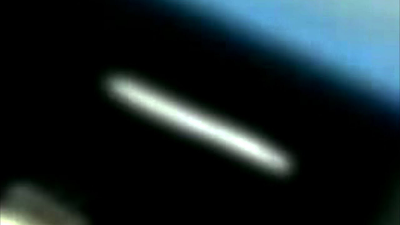 The tube in the middle is probably where all the magic happens (all my opinions) with spinning radar antennas in the ends, maybe? Just like our aeroplanes have them in the nose cones and Jets have them spinning around in their nose cones also.


Some Jets have them facing the rear and front fixed and also the spinning ones aid in lots of different information gathering like speed of objects, distance, height. 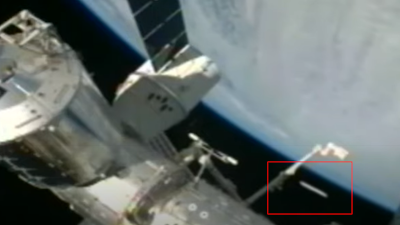 
Quote from How Stuff Works:

Everything from radios to superconductors falls into this category. They argue that people on their own couldn't possibly have developed these technologies so rapidly without an alien model.


Some claim that pilots at Area 51 are using alien technology against aliens themselves, shooting them down so that other military crews can scavenge the parts.


That Will Smith film springs to mind with Jeff Goldblum, Independence day.

These UFOs might not even have human like technology but the reason why I say that is because a lot of stuff like transistors as an example was supposed to be a back engineered component so it makes sense that if we reverse engineered a transistor, the UFOs still have transistors in their crafts?

Anyways, this is the video and what a video this is. It's showing what can only be described as a UFO stalking the ISS menacingly!


It's pacing the ISS, it's close but not to close, it's probably documenting everything about the ISS and it's definitely recording absolutely everything it see's - I mean even on a very crude human level of technology, we're recording them!


So it makes sense that we reverse engineered their technology, they are looking at our ISS probably thinking how the hell have they got that technology?


For a Ape like species, they shouldn't be using X, Y and Z because that's only capable when a certain amount of time has elapsed for a species capable of intelligence?

Aliens are using their UFOs and we're reverse engineering them here on Earth, then eventually our aerial vehicles "will" look like their UFOs except we're incorporating the human body into these crafts. That's where planes, Jets and drones are heading, remotely operated and on Earth we'll see passengers in them but in space... Just drones. Autonomous drones! And wallah, we're mirror imaging the UFOs.

So, is technology the thing which will bring humans and Aliens together or has technology always been the language of the universe?


Is technology owned like a patent and when it's owner finds out we're using it will they demand we stop, CEASE AND DESIST? Or, is that a uniquely human disgusting trait!

Anyways, the mind roams and the cogs of time spin. The distance between two objects isn't how far apart they but instead how close they are to one another. lol.