This UFO encounter is probably one of the best kept secrets because this one actually keeps on changing it's own shape which is totally different.

UFO that keeps changing it's shape over Mexico can't be explained as filmed by the actual eye witness himself.

I don't know what we're looking at but I can definitely see it's a UFO and it's moving and that it's changing it's own shape which it's doing so "regularly" but why?
This isn't so much as strange or bizarre but more it's absolutely bonkers to look at. It's almost wriggling around in the sky like a worm or a snake. It's glowing and it's confusing especially if your trying to determine what it is?
Give it a chance, I had to zoom in to see it, so it loses pixels when zoomed in. It's not just this UFO image, it's every UFO image where someone has had to zoom on to the UFO so you can see it. 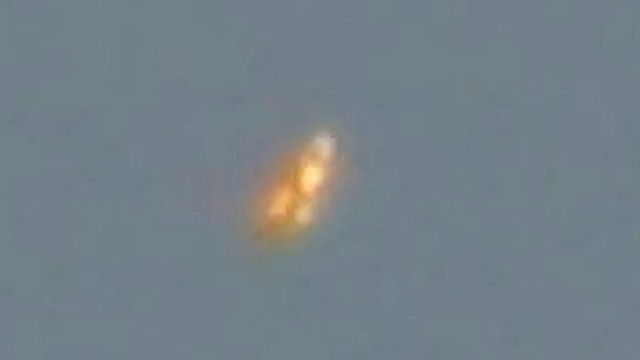 Credit: JMHZ71 YouTube/OVNIS ACTUALES - Enigmas de La Historia YouTube Channel/UFO Sightings Footage/UFO News/Canva.
It's even glowing with a simple yellowish and orange type of glow. It's about as strange as it could get to be honest but if it's a fake then I don't know what or how it's been achieved, but then again I wouldn't know as I don't fake UFO incidents.
Related post
Swarms of UFOs All Caught on Camera
But, on the other hand because I've seen a lot of UFO videos I should be at least clued up on how such thing's like this are created? But I'm afraid not, and if I was to take a guess I'd say it's a light inside a balloon maybe? Like an LED light with a very small battery that's supplying the voltage.

Zooming into a UFO is a double edged sword! It's exactly why UFO photo's look poor, when people zoom into the photo's or videos and take a screenshot just remember that it's a  necessary screenshot otherwise you'd see nothing! Seeing something is absolutely better than nothing. Please remember that the next time when you feel like being sarcastic about how poor a UFO photo is. To see it how it is, just watch the video.

But I still don't think that an LED would account for the glow especially as it's the daytime. So just when I think I might have an answer, something completely goes against it. Also just when I think there's no answer a huge part of the jigsaw sometimes falls into place. This UFO is changing shape right, so what kind of creature maybe could possibly create this glow? There isn't any as far as I know, so just because we're not getting to the answer we're actually narrowing down the huge choice of what it can't be and that's definitely moving forward in my book.
Here's the extraordinary video that shows a really bizarre "UFO" the likes of which I've definitely not seen before:
If you have a similar UFO experience or can shed more light on this UFO encounter then please leave a message or comment (what's the difference lol) in the comments section just below this post? Also, please share this post with anyone you think might like to know more about this UFO encounter over Mexico, cheers.
Credit: JMHZ71 YouTube/OVNIS ACTUALES - Enigmas de La Historia YouTube Channel/UFO Sightings Footage/UFO News/Canva.