This UFO is silver and has a very striking shape. It's a nose like shape but it can't be unless I'm not seeing the full shape. It's flying very fast.

This is a really big UFO flying out in public over high rise apartments and it's flying over a built up area as well.

I hope to bring you UFO sighting's that you've never seen before. My aim is to show you just what's going on in this world, because of this aim I'm afraid not all the UFOs are going to have every bit of information known to mankind. Some won't have anything but the if the video exists then it should be shown, right? If we dismiss all the UFO videos without any info then we'd be dismissing 80% of the UFO sighting's.

Basically since UFOs was admitted to by the US government, I've had to change my tune on all the UFOs I've been dismissing over the year's especially because of the shape of the Tic Tac Pill Shaped UFOs. 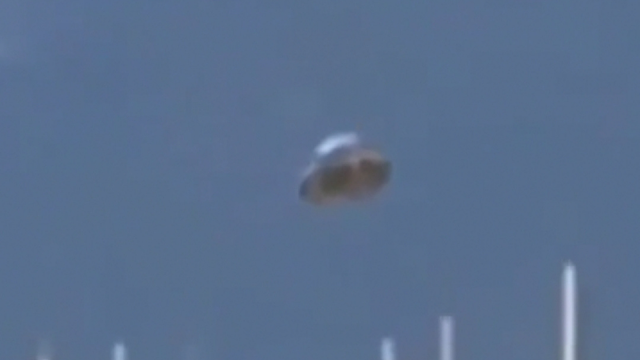 The shape of these UAP's were so improbable and small plus there was no Propulsion system and yet they outrun the Navy Jets! So I'm going back over the UFOs I've dismissed and I'm trying my best to see it all through a new set of eyes so-to-speak. 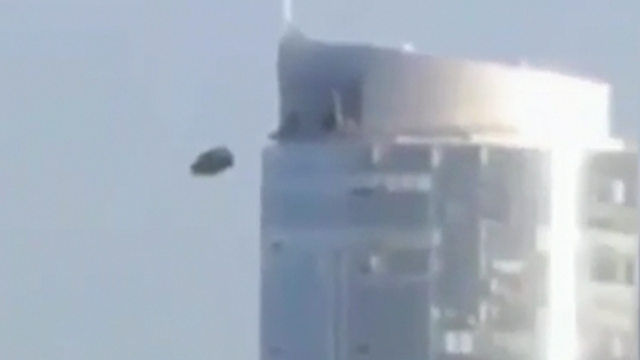 It's definitely got somewhere to be because it's in a hurry, it's a weird kind of shape if I'm being honest with you because I see either port holes or windows. It's almost got the shape of a nose with with dark nostrils and details which could be openings if some sort? It's hard to say exactly what kind of a feature on an Unidentified Flying they are? Who knows what type of Object it actually is, but my best guess is that it's a surveillance UFO of some description...

I've pulled some snapshots from the video to highlight the dark features on the UFO. What's your best guess as to what these are and what do they do? It could be to help with it's surveillance because this is my number one reason I think these UFOs are here on Earth for. It's definitely not to interact with the locals or the eye witness as we'd all be aware of this by now, it's not to start a war because we'd be in a War of The Worlds scenario by now right. These UFOs don't come into contact with humans in a mutual way as it's more of a "get your camera out and film this, then let all humanity know" via social media.

So what's your favourite opinion as to why Aliens are here on Earth for? Mines surveillance, observing us fool's go about our foolish everyday business like a fish in a fish bowl. Of course NASA’s been aware of the UAP's since sliced bread was invented and the Pentagon is aware because well, it's the Pentagon and those wing dings know everything about anything and anything about everything.

The DoD is most certainly aware of the Alien existence and that they're here on Earth because the Tic Tac Pill Shaped UFOs was released through the DoD only the Navy released them on behalf of the DoD. We've seen the recovery of UFOs.

Almost certainly other's are involved with the hiding and restricting of the Extraterrestrial being's movements and rights! That's no joke neither, they might not have rights, who knows what laws will be invoked because the captors don't understand what they have control over? Extraterrestrial entities must be controlled, studied, understood and neutralised in the interests of the human perceived freedom.

Cameraman Zoomed Into The Moon And Sees 3 UFOs

That's more than likely how the Alien threat was analysed and carried out way back in the day like in the 1940s and 50s,60s and 70s. Thing's were done differently back then, attitudes where totally different from now. That's why we have just had UFO disclosure with the Tic Tac UFOs.

In the higher echelons of the power's that be, someone has the pieces of the jigsaw, the most pieces than any other one person has at any given time. That person is unknown to the general public.

The Tic Tac UFOs confirmed what UFO believer's have been saying for decades, everyone laughed at the mention of UFOs but who's laughing now! All I can say to the people who laughed at anyone who spoke "different" is that we told you so. Now off you go, get out my sight!

It's a strange kind of victory but non the less a victory, it feels hollow and sad because of the way it was disclosed and admitted to by the US Government. UAP is fine, we know it means UFO but still, it is what it is, right.