This is serious stuff because the Astronauts on board of the ISS have been faking it. The Astronauts are wearing a harness in the ISS live feed.

This is one of the biggest lies in NASA’s history because the rig that goes with the harness in this video is huge, it must run the length of the ISS.

That means that the whole ISS in this video is definitely a fake! If you keep doubting yourself and your having trouble processing this shocking new information, just come back to this video and watch the Astronaut slowly go by DURING A LIVE TV INTERVIEW with other so-called Astronauts because they must be in on it as well, right. They must know that the other astronaut is saddled up in the background.

The thing is, people have been telling us for year's now that they (NASA) have been using green screens and harnesses, who'd of funked it that one day they'd all be proved to be right? I'm telling you now that this is just the tip of the iceberg. It's just the tip of the ripple and I'm going to show you the "evidence after evidence after proof after real, no holds barred proof!"

Right then, let's get started: 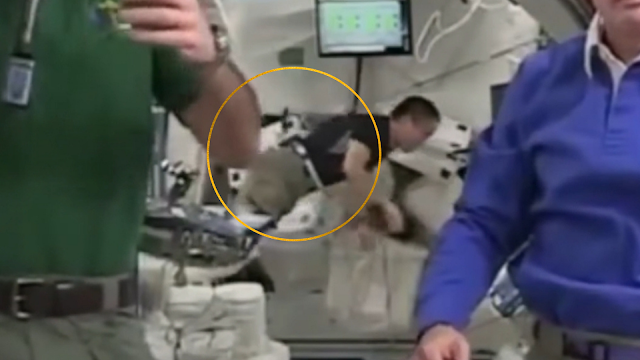 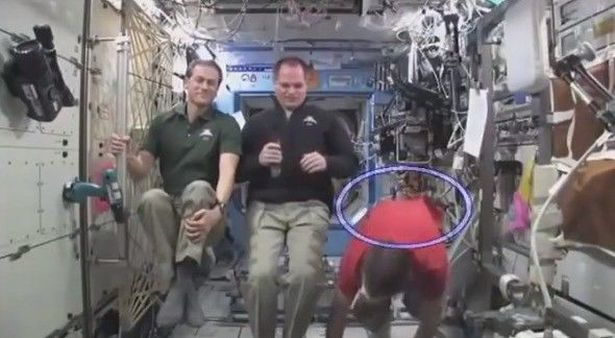 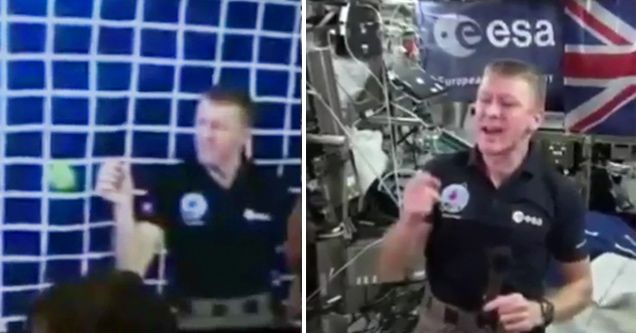 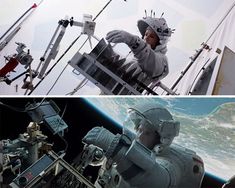 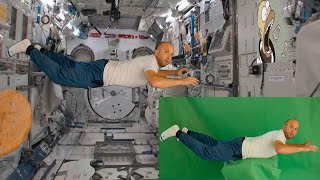 Seriously, I'm stopping myself from putting many, many more examples of the harness and green/blue screen fakery. I have seen tons of these questionable videos and photos. Why do these Astronauts all go along with the sham space race?

Have you ever wondered what the deafening noise is on board the ISS while the Astronauts give live feed interviews? It's because they're on board a plane and the planes engines are on, they use plane's to simulate being on the ISS. The plane goes up and down and while going down the Astronauts float and this is when they do a spin or let go of the microphone or the side of the "ISS" and float. All other times there's no noise whatsoever. Only when they give interviews.

Here in this short video we see the astronaut on the left get something invisible from the side of the ISS and puts it in his other hand? It's a classic green screen mix up because they can see it but we can't as we're on the other side of the camera, so we're only going to be able to see what they pretty much allow us to see?

It's one of the most tell tale signs of a hoax here because this confirms that they (NASA) only allows the public to see what they want us to see. Don't forget guy's, these are Astronauts so they're not naturally liar's right? It's got to be hard committing the biggest fraud the world has ever seen! It's got to be the biggest hoax ever in the history of all thing's dishonest and wrong.

The scale of NASA’s deception is insurmountable by any other means! It could never be replicated by just one person, it would take a full army to carry off a similar hoax because the scale is immense. Faking sets, space stations, Mars is been filmed on a island in the middle of nowhere and a desert, plus there's all the miniature model sets which again accidentally made it to live TV:

Here's the YouTube video that I've created showing the astronaut wearing a harness: