Pyramid Shaped UFO Flying Next To The NASA Shuttle in 1998

This UFO is the shape of a Pyramid and it's shadows all look real. It makes me wonder what else has NASA tried to cover up. Pyramid UFO shuttle UFOs.

This is a spectacular 1998 NASA video showing a Pyramid shaped UFO on the 11th of June.

NASA’s had loads of top secret programs and missions over the decades. In fact they've had so many that I'm airing on the side of caution when it comes to this UFO video been real. 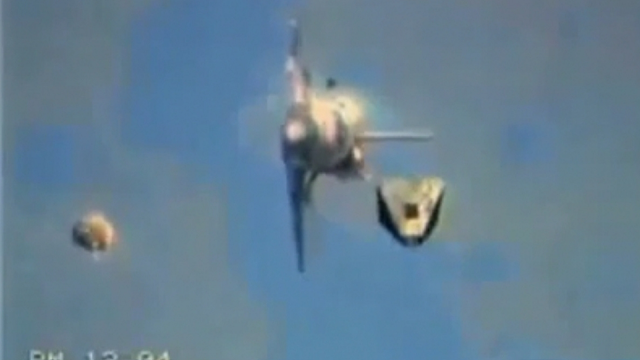 NASA has a perfect cover story already inbuilt that if the CIA or the Pentagon wanted a secret laser weapon put in permanent position over Iran then they could! If NASA had meetings with Extraterrestrial entities in a N. Korean style building like in the classic Bsttlestar Galactica franchise and movie, they probably could! Who's going to know, who's going to find this out? Absolutely nobody because all they have to do is control a few "brainwashed Astronauts".

Anyway, getting back to the spacecraft here in this video, it's black and reflective and it's even got a transparent window! It's a bit freaky to be honest with you because it's something so far from reality or something so far from what we already know NASA will never admit to knowing anything about it. 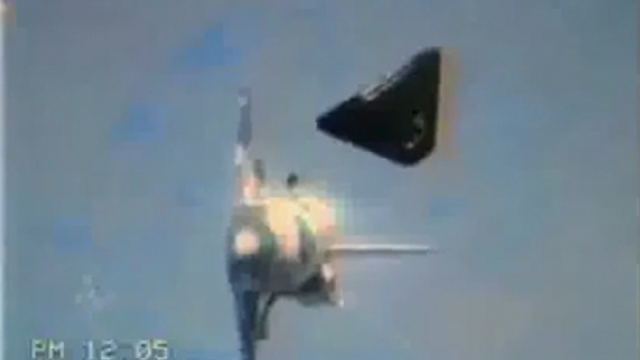 That's just the sad fact and if NASA won't even comment on a UFO on Live TV during a spacewalk then what's the chances that NASA has anyone available to talk about this UFO? I'll tell you now, don't waste your time.

Below is a close up look at the Pyramid shaped UFO because the details are so good and clear, I honestly think it's a real UFO. 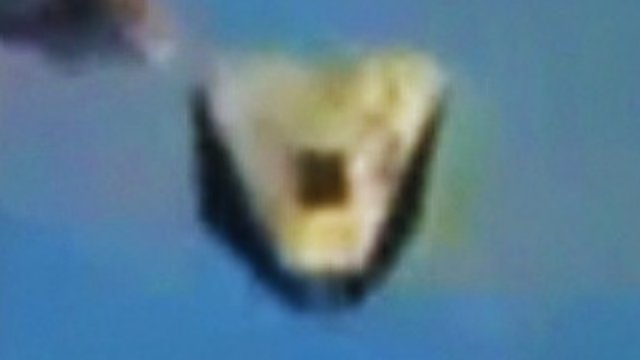 Even thozugh looking for Alien life in space is NASA’s number one reason for all it's missions and science projects in space, when one comes knocking at the proverbial door, they totally, flat out deny it, they will not even admit or deny it. It's a complete joke because the US Government's already made it extremely clear that UFOs exist, but NASA’s not playing ball.

Everytime a UFO turns up on the ISS live feed they switch the screen to a pre recorded screen with a message already wrote that says due to technical issues they can't connect blah blah. What's the chances that NASA is experiencing technical difficulties everytime a UFO or an anomaly comes into view? The chances of that happening are a million to one, literally there's just no way because it's to many coincidences and one that still happens. So, if they're lying about that, what else are they lying about? Sorry but there's no such thing as a coincidence.

Please share your thoughts on the UFO in this great piece of UFO evidence. Personally I think it's really good, if you can share this post as well I'd appreciate it, cheers.