Downed UFO Orb on The Surface of Mars

The Mars Rovers found a lot of strange and interesting stuff over the last couple years. Take this UFO Orb discovered by the Mars Rover. It's silver.

You've probably seen the UFO Orbs in Earth's atmosphere in various post's and I've brought you UFO Orbs flying in the Martian atmosphere before.

But have you ever seen the actual UFO Orb itself, close up? I mean have you ever wondered what it's actually like behind the light that they emit or what they look like up close? A lot of Orbs look either silver in colour or shine like they were Orbs of light. 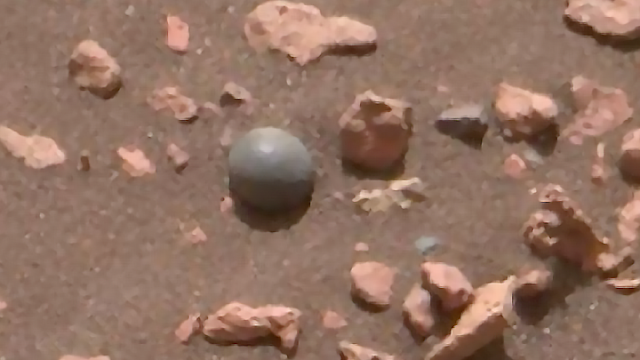 NASA says that these are formed by concretions over millions of years.

For all we know, the Mars Rovers being able to track it by switching to a low frequency and examining the signal which could be an exact repeating signal like a beaco just the same as we have on Earth?

I mean, that type of crash and retrieve protocol must be universal, right? If something is lost, it's only natural to want to find it? A signal type beacon would be a universal way of tracking and honing in on the signal? Let's just say because it's still giving off a retrieval SOS signal that NASA's been able to detect?

Look, it's like this, that blooming Mars Rover keeps on coming across some really bizarre things. I'm wondering why it keeps having these coincidences one after the other? Water, ice, doughnuts (seriously look it up) soldiers Stalking them, crabs, bones, pyramids, shoes, guns, skulls (lot's and lots of skulls, skeletons, animals, bird's, UFOs and everyone knows about this UFO Orb.

But what if this greyish metal looking object or UGO (Unidentified Grounded Object) is a UFO Orb but one that's at the end of it's lifespan? What if it's just a record only Orb and needs to be retrieved for the information?

Humans have explored this type of technology and as long as you live in 3 Dimensions or "our reality" you may naturally progress through this technology on your way to the holy grail of technology which involves shrinking technology down to it's smallest size. Maybe that's why these small UFO Orbs are only needed because they only have on board what it needs?

The Most Alien Looking UFOs

Not all life lines or intelligent species are at the same point in evolution. It's a race don't forget, a race more than likely to be the first species that can harness technology to make their species live forever? Immortality? If you think that opinion is Bonkers, just ask yourself where is technology going? What's the ultimate aim of our technological evolution and what's dominating it or steering it? Where's it going, leading to and what's the end look like? I'll tell you right now, it's to live a long, pain free, happy, enjoyable and fruitful life without the pain of death, illness or disease.

There's a really good chance that we could be looking at a UFO Orb right here guys, if you think NASA’s just stumbled upon it, think about how far it's actually travelled since it's been on Mars, lol. Nothing is by accident my friend. Nothing. 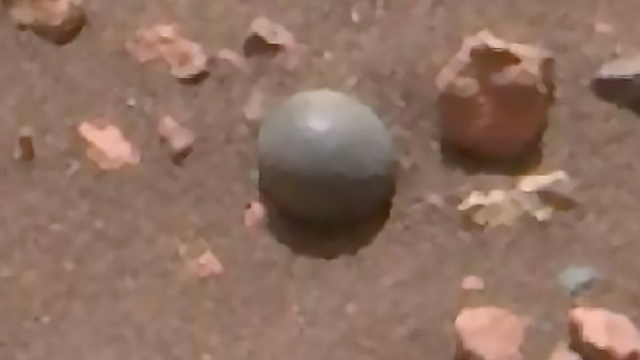 I want to know for sure what the Orbs that emit light look like when they are literally switched off? I've posted a ton of nighttime UFOs that are just balls of light, some are in formation with other Orbs. But what do you think they look like without this light? Because either they don't exist when the energy isn't running through them or when they're off, they simply vanish?

I'm going to go with them looking like these Mars balls! Seriously, this crazy looking thing really could be a UFO Orb that's stopped working or it's in hibernation maybe? I understand that it's a different way of thinking about the ball UFOs but if we all thought in a straight line so-to-speak it'd be really boring! It'd be so boring that I'd more than likely be a pea counting, two scoops of mash potato person called Ed from Winnipeg in Manitoba, Canada.

It's one of the Orbs that I remember seeing that caused havoc to the SpaceX Rocket taking off, but the UFO flew past at lightening speed and caused the rocket to explode. In fact, I've got a still of that from the video SpaceX took. Elon Musk tweeted the next day after seeing the UFO Orb and said that they can't rule out UFO interference. 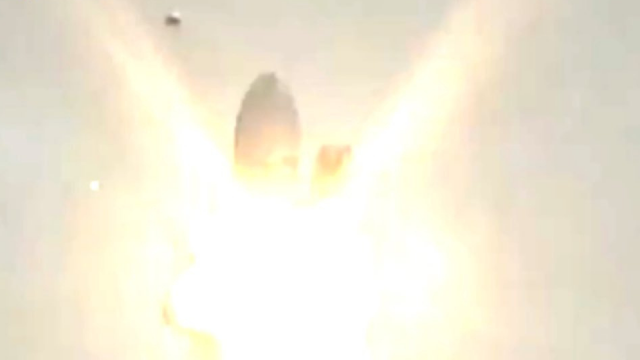 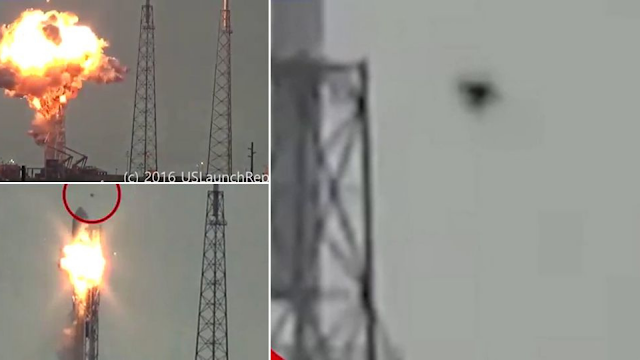 Take his tweet however you want to which was only a reference to a question that it could be Aliens: 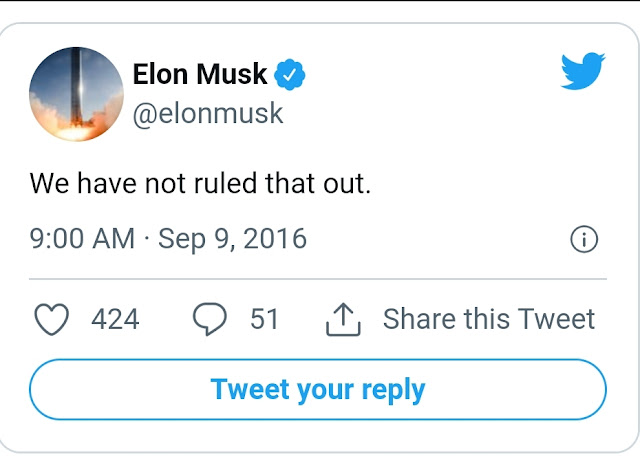 I'm fully aware that I've given lot's of opinions and thoughts on this UFO Orb, the fact that I've got a different idea as to the mainstream conspiracy theory is a good thing because it's diverse now. Instead of it being just a concretion of minerals over millennia or a cannonball from an ancient Alien conflict that caused widespread devastation means that we've now got more avenues to look at and explore so-to-speak.