A family was watching a real bona-fide UFO burn up through Earth's atmosphere and it was huge. Judging by the scared voices, it was massive in size.

This is a really unusually large UFO (I guess) burning up in the Earth's atmosphere over Oregan in March 2021.

Judging by the scared voices, this really must of been a very scary incident. Looking at the cluster of falling debris this could be a very large UFO or an extremely large piece of space rock? Even the girl is heard asking her mom if they're okay! 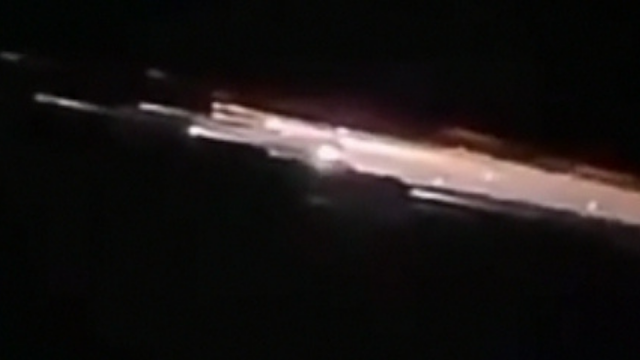 Either way, now that it's totally disintegrated during reentry, we must call it a UFO because it's literally an unknown object.

The strange looking light's had a huge crowd and if you listen to the beginning of the video you'll hear a girl ask her mom "mom are we okay" to which the mom says "yes, that was amazing". Now that is hardcore because it looks like an asteroid is obliterated right above their heads! It's almost s if the lady filming it has thought that if she's gonna be target practice for God, she's gonna be filming it and it's amazing! She even sounds a bit frustrated with her daughter for interrupting her while filming it, but I'm sure that's not the case? 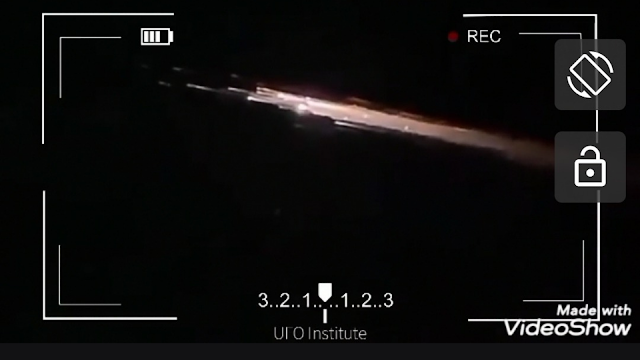 In all seriousness, I can actually hear the fright in the girl's voice but the mom's almost unhappy with the girl for breaking her focus? Is that what the world is coming to, my smartphone is recording and if you interrupt me, woe be tide you! There's a catastrophic event happening right above your heads and it's focus what you need, how about duck and cover or put something between you and the falling debris?

Here's the best UFO video that I've seen in a long time because if you think about it, there's absolutely no way (not a chance in Hell) that a drone can fly out of Earth's orbit and arrange itself in such a way as to break up on reentry just to get a fake UFO video!

It's a strange kind of UFO because I'm used to writing about something that I can see or at least explain to you what I'm seeing and then I can ask you "what are your thoughts on this UFO" but with this one it's a simple question, did you like the light show created by the UFO? It'll always be a UFO that burned up on reentry but that's not to say it was an Extraterrestrial craft or a cigar shape craft, it's just that we know for a fact that something definitely burnt up on entering the Earth's atmosphere, but what was it? Therein lays the mystery...

Here's the full video and boy what a magnificent one it is:

I'm loving it, it's probably one of the best reentry videos I've seen because it must of been a huge space rock or it was a huge UFO? Just having the whole event caught on camera is the best thing next to having a UFO come through Earth's orbit. You have to admit that it looks spectacular.