Idaho resident caught on camera a strange and bizarre looking silver metallic, cigar shaped UFO. It might not be Aliens and it could be top secret.

The reason why I say that "it looks like a surveillance drone to me" is because it's a perfect sized fuselage to store tons of equipment like radar, infrared, mapping and GPS along with other equipment known   and top secret. It looks like a man made UFO, military or private.
Obviously it could be a top secret aerial vehicle and if we the public asked any Government authority about it they'd probably deny it and cover it up. It's probably already been covered up.

UFO doesn't necessarily mean Alien or that it's got it's roots inside of Area 51.

But, what it does mean is that it's there, it most certainly exit's and therefore as we the viewers and the eye witness  on the day doesn't know what this is "even years later" that makes this a bona-fide UFO. It's definitely Unidentified, it's definitely Flying and it's most certainly an Object.
UFO
There's got to be a reason why it's this specific shape and in this specific area at that specific time. I'm guessing that it's not to house a tiny Alien with long clown feet, although that would be the description of a few people's comments about what this is!
Related post
Massive UFO The Size of A Planet on NASA's Stereo Telescope
Seriously though, apparently it's fake because of the music... I kid you not, this was one answer I read about it.

Also it's got to be a definite fake because one person doesn't know what a cigar looks like as he/she doesn't smoke. I swear to you. I give up!

Just remember -
It can't be proved either way so to rule it out would be very, very short sighted. I cannot make a decision but I can envision (imagine) what might be inside of it, what it's for and why it's here plus also who created it in the first place because it was created somewhere by something and of that, it cannot be denied!
Learn more about what it takes to be a UFO Expert and who they are.
So yes, the word "clown" definitely comes to my mind surrounding this whole UFO event from literally the start to the finish. It takes alsorts and alsorts to become an "expert in the field of Ufology". It's wide open to ridicule, it's wide open to any and all self proclaimed experts.
just as good of a guess because at the minute nobody's got an answer. I'd like answer's to this strange UFO story. 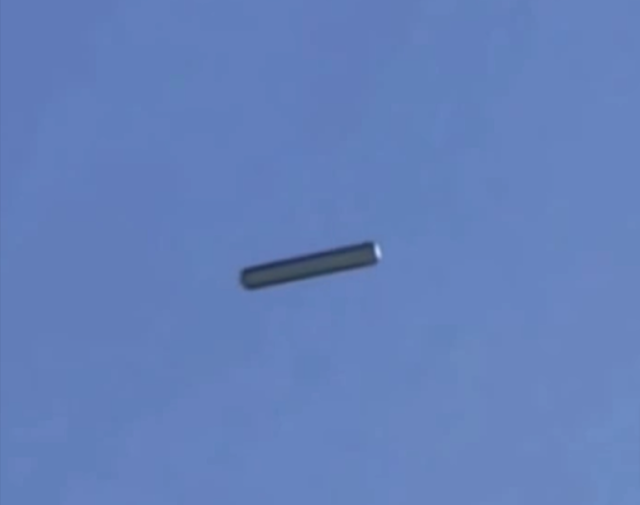 Credit: Metaphysical Research Canada.
Somebody somewhere must know more about this be it military, radar, top secret Government programs or reverse engineers that worked at Area 51. Somebody, somewhere knows an awful lot more than what they're letting on to!
The reason why I say this is because just before the three UFO videos released in 2019 by the DoD and the US Navy, there were lots and lots of people who knew about those three UFO videos and I bet you any money that some of the people that they told it to said "on your bike or liar"!
People somewhere, people know about everything especially when you start to talk about Government or Governments within Governments and top secret units with compartmentalised work formations with shifts that never overlap or intermingle with one another.
Top related tags for this UFO event are as follows:
"UFO"
"Aliens"
"Alien"
"ufo"
"Disclosure"
"Government Coverup"
"Conspiracy"
"Flying Saucer"
"ET"
Source: Metaphysical Research Canada YouTube.
Source Reference: Wikipedia.