NASA footage of a UFO caught on the ISS cameras live feed. UFO researcher is watching the live feed from the ISS and sees a mile long UFO. It's NASA.

Looking down at the Earth from the ISS is I suppose a bit strange as you'd think that the astronauts would want to look the other way right?

I mean, who starts off their space obsession and wanting to become an astronaut just to go to space so that they can look back at Earth and say; 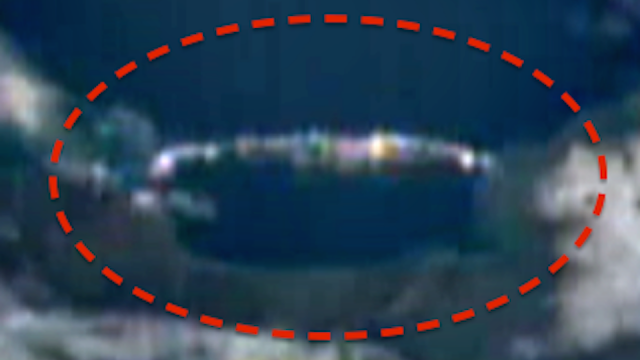 NASA's Mars Rover sees a UFO on the side of a mountain.

Ooooooh! There's my house, and that's where I lost my... I think you get the picture, right? Nobody wants to, it's just that simple.

It's like the people at NASA worked tirelessly to get the astronauts in to space only for them to look back at Earth? If I was in space, and because all I know is Earth, I'd be looking out all the time into deep space - I mean why wouldn't I, right. It's like going camping but been on your smartphone all day and night.

Using the live NASA space station cam I was fortunate enough to capture some video of this long cigar shaped object as the ISS shot past. This UFO was over a mile long and blends in with the surrounding clouds. There is no sound in the video, because there was no sound from the live cam. UFOs are not new to the space station. They are identified in videos every week, so check out the cam sometimes. You may catch the next UFO. SCW

Everyone should check out the ISS live feed for a chance to win a UFO sighting. The chances are great of seeing an Alien. Everyone is allocated 10 minutes of the live feed and you can win, win, win. See 2 UFOs and you win a cruise around the... Back garden it's lockdown.

Anyway, here's the massive UFO as seen and recorded by Scott while watching the ISS live feed: