The Smoking Gun Alien Base On The Moon

Here's proof of Alien bases on the Moon from NASA photos. NASA scientists should tell all instead of not having the guts to tell us about lunar UFOs.

As far as having a smoking gun goes, this is probably the best "billowing smoke gun" that there is?

There's too many NASA photos with proof of structures on the Moon, so I have to limit how many I can use. You wouldn't be able to load the page if I was to put them all in this post.
ALIEN BASES ON THE MOON CAN BE SEEN FROM EARTH WITH A TELESCOPE
Alien bases really DON'T surface or come up for air that often, so when they do surface for "invisible air" on the concrete grey Moon they will definitely be spotted by Eagle eyed UFO enthusiast's.
Related post
Moon Base
You may think that hardly anyone is looking at the Moon at any given time like even now, but believe me there's hundreds if not thousands of people looking through telescopes?
Amateur telescopes all the way up to the professional telescopes are being used by universities, the Government, private companies (SpaceX, Virgin etc) agencies in cooperation with NASA to provide us with the information for maps like Google Moon. And then there's the top secret off the record don't you dare look over here type of telescopes.
Then we have a very specific telescope that is tasked with surveillance of the Moon entrances and known shindigs of ET.
If you laugh at that, then you don't understand that the UFOs must and I repeat "must" go somewhere after doing whatever they do on the Moon. 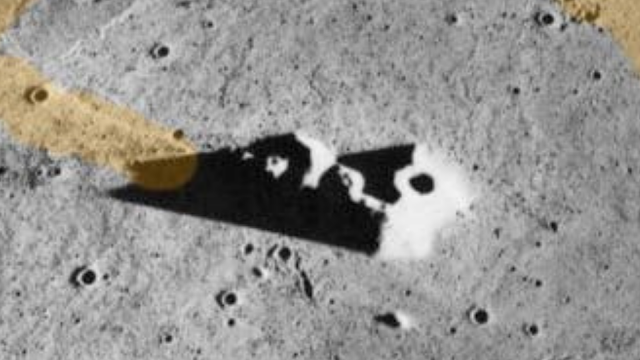 Credit: all the photos in this post NASA.
The above image is straight up anomaly. Is it naturally formed through the Moon's ancient past or is it an Alien base? 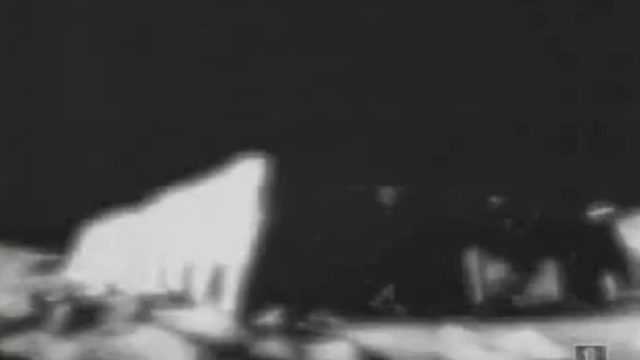 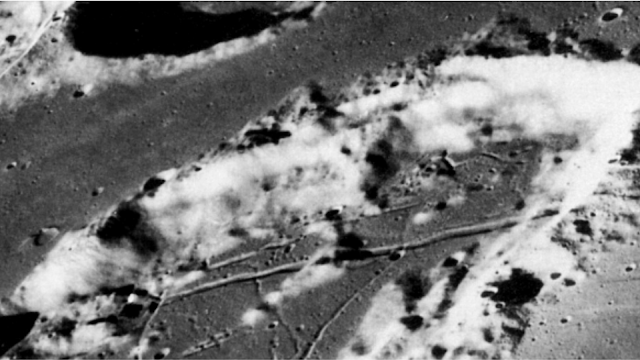 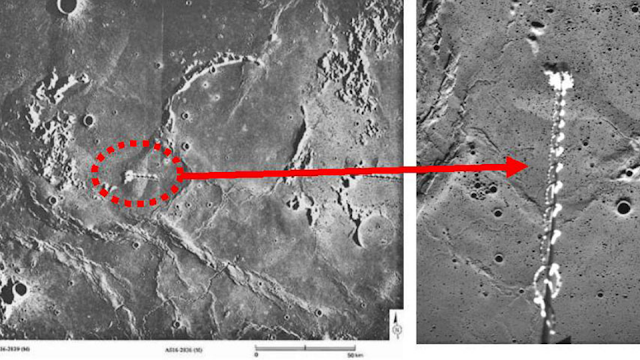 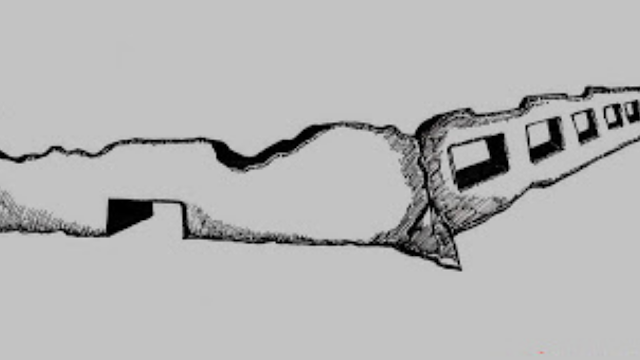 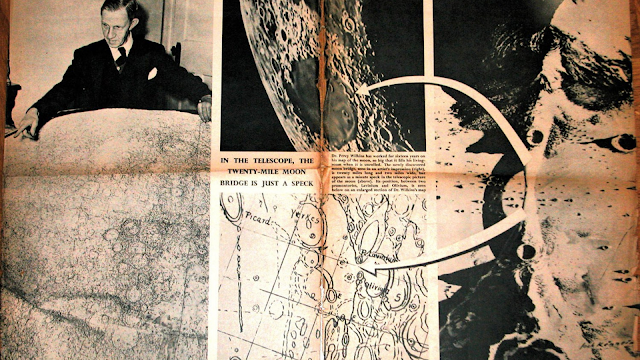 Credit NASA/Canva.
I'm not in the mood for NASA to provide us with a pamphlet showing a few charts, surveys or leading with a whole bunch of sciencey looking thingy mabobbs. It's unusual, it's different and I don't like it. Lol.
Hold on a minute, that sounds vaguely familiar... Gundar the Barbarian.
Anyhoo, try this amazing news article/blog post from November 9th, 2017 in TierradeLazaro which has some explosive statements that if true then holy crap were in for a disclosure like nothing we've ever imagined would happen:
A guy called Ken Johnston who was the director of the Photo Conservation Section of NASA's laboratory, participated in the 1969 mission and claimed that the astronauts photographed vestiges of buildings and technological devices on the Moon. Check out the link just above for explosive information about Apollo mission Aliens and UFOs, buildings on the Moon.

Sound's bizarre doesn't it? Surely it's just a bizarre story created by the book club in sunny Sudbury in the UK... This can't be real, can it?

Many of the Apollo mission photos had been altered prior to publication, and that many others had been ordered for destruction because no one could know of their existence, but Johnston ignored them and saved for many years to bring them to light in 2008, when former astronaut Neil Armstrong gave an interview to a news site. At the time, the ex-astronaut said that gigantic constructions existed on the far side of the Moon.
A kind of extraterrestrial base where a mining operation is taking place on the lunar surface. In addition, the Apollo 11 crew obtained more than 100 photos, some of mother ships and others of huge settlements on the lunar surface.
The Moon is the go-to sure bet after a full day of UFO research. It can be exhausting, it can be thankless and nobody thinks that you are sane anymore. But, you can bet on the Moon giving you a better chance to throw some sunshine on the whole Extraterrestrial question. Ask and it shall provide you with more than plenty enough crater bases, Alien structures, Flying Saucers in and on the rims of craters.
Here's the best Alien base photograph that you can possibly find anywhere else: 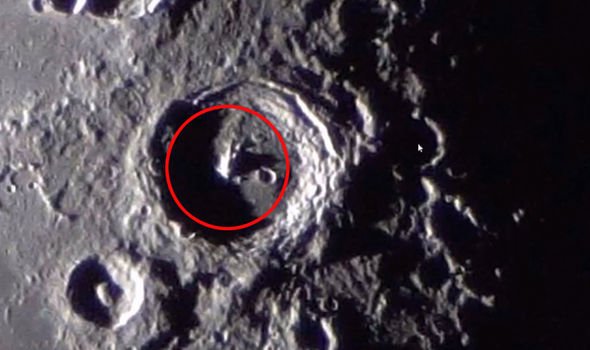 Credit NASA.
UFOsAboveUs YouTube channel spotted this in 2019 and it's been nicknamed the Empire states building even though it's taller than it. Here's the YouTube video:
Credit UFOsAboveUs YouTube.
I mean, look at this spectacular multistory building in this crater in the image just above the video. It's built with a knowledge of "gravity" as strange as that sounds, it's a vital clue because it's got a large base at the bottom and like any Earth building it gradually gets thinner towards the top. Then there's the domed building in the lower left hand corner of the image.
Amazing stuff exists on the Moon that should not be there.
Credit NASA/UFO News/UFO Sightings Footage/Ufosfootage/Canva/UFOsAboveUs YouTube.