Top Navy Boss claims that UFO patent is real and parts are now operable which means that the superconductor electromagnetic field generator work.
This is straight from the well bred horses mouth"so-to-speak is this many conspiracy theorists have been claiming for years, that Flying Triangle Shaped Crafts are already in combat.
The best UFO conspiracy must be the one with the most high ranking officials backing it, right? One big jigsaw piece after the other that needs putting together. I'd like to think I'm giving it a solid go in finding answers. Even if I only solve one thing, then that would be awesome. 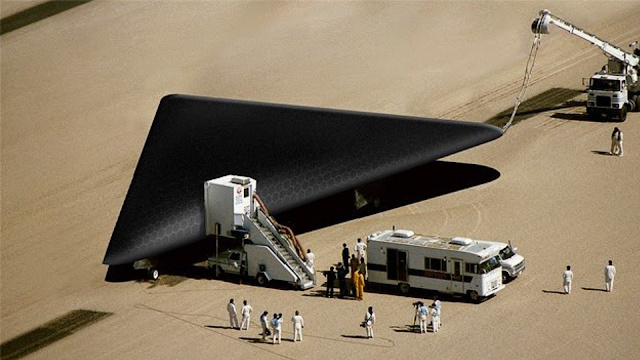 Credit: Pinterest/Canva/UFO Sightings Footage.
Navy Tech boss admits that superconductors and electromagnetic field generators are already in operation. This is totally breaking with tradition, breaking rank, breaking bad because of the implications it will have on inter country relations and what it implies about the origins of said superconductors and electromagnetic field generators.

The inventor Salvatore Pais, Naval Air Warfare Center Aircraft Division's (NAWCAD) patent attorney Mark O. Glut, and the U.S. Naval Aviation Enterprise's Chief Technology Officer Dr. James Sheehy, all assert that these inventions are not only enabled, but operable. You cannot put operable in a patent unless it actually is operable! I suppose that's a felony if you are lying on a Government form.

Those are the names of the Navy and Military personnel who have backed Cezar Pais in the US patent office. That's taking the Triangle craft (TR3A, TR3B, AURORA PROGRAM) patented documents to a whole new level because they can be verified along with Cezar Pais himself.
You already know that this is a calculated move on behalf of the Navy whi h it would seem likely that they have the authority to disclose UFO and advanced Alien technology. It was the Navy that disclosed the first 3 Infrared UFO videos... Now this!
Was he  forced to come clean because of a certain country breathing down his neck... 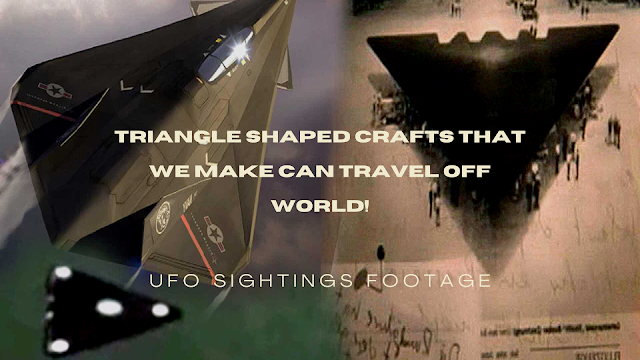 Credit: UFO NEWS/UFO Sightings Footage/Canva.
Finding Salvatore Cezar Pais, the guy who has been submitting UFO patents left, right and center is real! 100 million percent real. He's indeed worked for, works with and is absolutely brilliant, analytical, intelligent, intelligent again and as a problem solver words fail me at least. Check out this link to a NASA paper submitted in 1999 where he works alongside NASA on... Just go have a quick look.
Seriously, I remember reading somewhere that this guy does not even exist. And if I remember rightly so again, it was taken as the basis for debunking the patents as a hoax lol. Oh how some haters will go out of their way to be asses.
So get this frigging epic news quote I'd like you to read;

Pais is named as the inventor on four separate patents for which the U.S. Navy is the assignee: a curiously-shaped “High Frequency Gravitational Wave Generator;” a room temperature superconductor; an electromagnetic ‘force field’ generator that could deflect asteroids; and, perhaps the strangest of all, one titled “Craft Using An Inertial Mass Reduction Device.” While all are pretty outlandish-sounding, the latter is the one that the Chief Technical Officer of the Naval Aviation Enterprise personally vouched for in a letter to the USPTO, claiming the Chinese are already developing similar capabilities.

With regards to the crafts already in service which out-do, out manoeuvre, out pace and yes "look better" it's not fully clear if the Chinese version(s) can travel off world... Yet.
They are already travelling off world.
Seriously, with this technology inside of new crafts, please, please, can you scrap the notion that the Triangle crafts fly like normal aircraft because that's absolutely wrong in every sense of the word! These crafts are so far removed from a normal looking, normal working modern day jet and plane that it's like comparing eye glasses to the Hubble telescope. 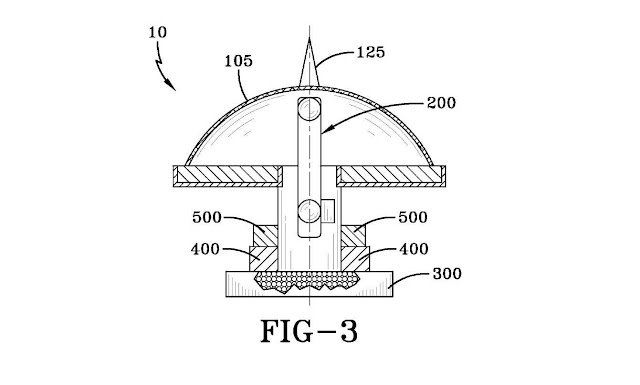 Credit: The Drive/Patent Office US/UFO Sightings Footage.
An image(above) of the high energy electromagnetic field generator from the patent depicting its shell composed of "embedded polycrystalline ferroelectric ceramic material" capable of exhibiting "strong Piezoelectric Effects" (105), an electrostatic generator (200), a nuclear fission pebble bed reactor (300), a thermoelectric generator (400), and an electric motor (500). The protrusion at the top (125) is claimed to "generate a Cyclonic Plasma shield, which would greatly amplify the produced electromagnetic field intensity."
While both can allow humans to see things better, one is vastly different from the other. Triangle crafts fly, planes and Jets fly - the similarities end there. 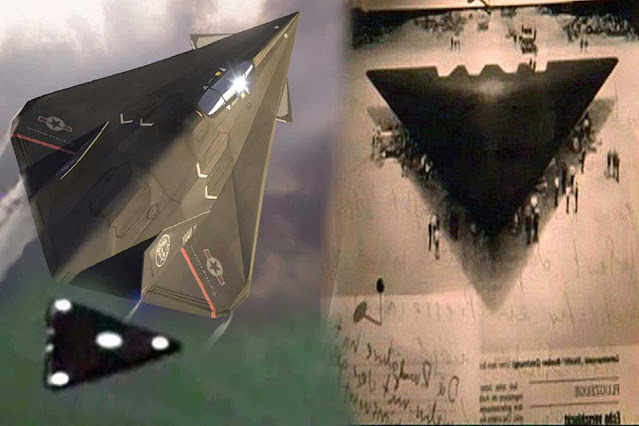 Credit: Patent submission form by a representative of the US Military.
"HIGH ENERGY ELECTROMAGNETIC FIELD GENERATOR" 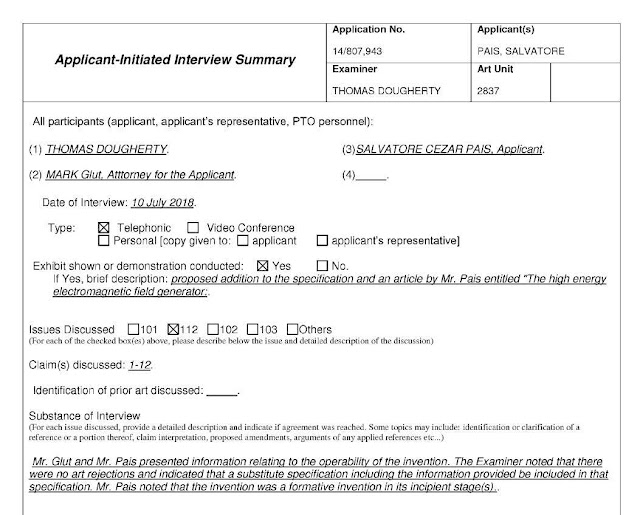 Credit: Patent Office US/Salvatore Cezar Pais.
This image above shows a patent application for basically the engine for the Triangle crafts. It's the high energy electromagnetic field generator. The applicant is Salvatore Cezar Pais. These where looked into and the conclusion was then that it's all above board. Fast forward to recently and the high military officials coming forward to say that it's already in use is unbelievable and amazing.
Bizarre patent on behalf of the US military!

These new era crafts don't even look like planes, Jets or fighter Jets come to think about it. These crafts have Superconductors, based on electromagnetic technologies and look like flying triangles. Growing up with the phrase silent but deadly meant only one thing, a sneak gas attack was imminent but now the phrase is "silent but deadly" because technology has come along so much and far from the dreams written in a scientific paper and manifested itself into reality. Are we living in the future...
That's no joke!
We have bona-fide proof, high level military service personnel proof and officers all going on the record and stating not just giving an off the cuff comment, we have dare I say this but it sounds like disclosure to me. When I asked the question "will we ever have UFO disclosure". I didn't think about where and when it was coming from or who for that matter was going to be accepted by UFO community and give the speech.
The TR3B, TR3A, AURORA PROGRAM, ASTRA PROJECTS AND STUFF ME, YOU AND DUPRĚ CANNOT COMPREHEND!
The Drive (The War Zone) Quote:
Navy's Advanced Aerospace Tech Boss Claims Key 'UFO' Patent Is Operable.
Navy officials claim their radical electromagnetic and superconductor technologies aren't theoretical In the patent for the HEEMFG, the technology is described as being able to create what is essentially a force field straight out of science fiction, one that could generate “an impenetrable defensive shield to sea and land as well as space-based military and civilian assets, protecting these assets from such threats as Anti-Ship Ballistic Missiles, Radar Evading Cruise Missiles, Top Attack for Main Battle Tanks (land and sea-based systems), as well as counteracting the effects of solar-induced Coronal Mass Ejections or defending critical military satellites in an ASAT [anti-satellite] role (space based system).”
This is sobering, it's idealism, it's radical and it's just not aimed at human threats because all of that was aimed right at and squarely on the shoulders of Extraterrestrial entities.
You can definitely see the advanced Extraterrestrial signature on every single patent and I do not "and I mean I do not" pretend to understand what it is fully, however I understand it's capabilities.
I can read and I can definitely understand what the implications for this might be? I still have a voice, and I have legitimate concerns about the potential threat anyone can pose if they possess this technology. 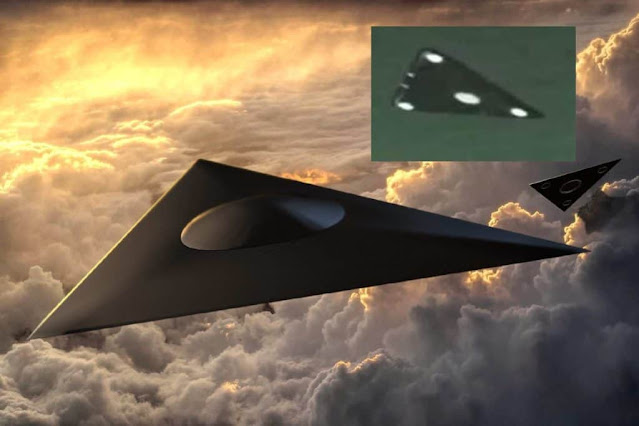 Infrared Cameras.
If you want to know more and see the massive UFO phenomena, many in numbers UFOs then you must get an Infrared Camera! They're up there right now, go have a look. That's supposed top secret.
After years of researching and reading anything related to the UFO phenomena, Infrared is key.
Credit: Infographicshow YouTube.
Credit: The Drive/UFO Sightings Footage/NASA/US Navy/US Patent Office.