Proof Of Ancient Aliens In Stone

Ancient aliens definitely influenced our history and the proof of Aliens is in more places than you think. You can find lots of anomalies if you look.

In Britain there's a saying that "it's not real until it's set in stone" plus there's a few variations on that saying depending on which part of the UK your from or in?


I'm not just a believer in ancient Aliens, I'm also actively researching ancient and historic structures and the "sometimes uncannily familiar symbols" on them. You must have seen them, the Alien spaceship cockpit in Mayan reliefs, the Pharaoh tanks and submarines, the helicopter etc? The ancient artwork, stone carving work is a whole other story. Below is a hands free earpiece. 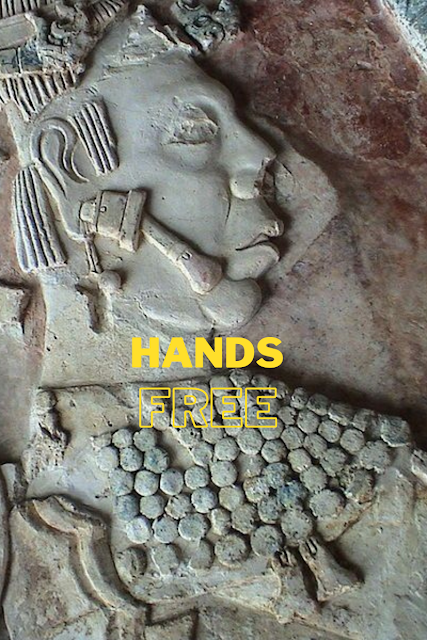 I mean, what the hells going on in this ancient Mayan carving? Hand's free taxi driver phone?


I don't believe in coincidences because everything happens for a reason.


And, within some of them we see symbols that by themselves could be a coincidence but in one ancient Pharaohs tomb is several recognised vehicles and vessels including submarines, tanks, helicopters etc. 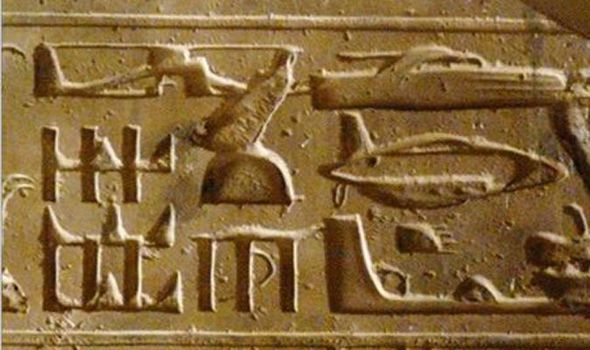 I remember when I first saw this image of carved out modern vehicles. I was a bit confused but told myself it's a hoax and left it at that. Turns out it's bleeding real!


From the Temple of Seti I at Abydos.


No, I absolutely do not accept that these are representing something else from the time of the carvings been created because these were created when nobody knew of these vehicles and so it's scientifically impossible. Archaeologists haven't found the items in the stone reliefs and until they do, these are ancient Alien influences.


Well - I don't accept that these are flowers, jewellery or trinkets or even religious things at all.


Everyone knows that there's a certain degree of truth to ancient myths including legends and mysteries. That's a universally accepted notion. How much truth there is though, is up for debate but it's truth non the less. 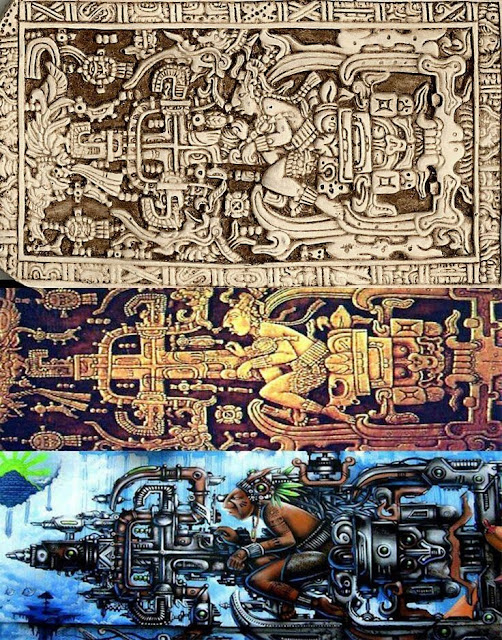 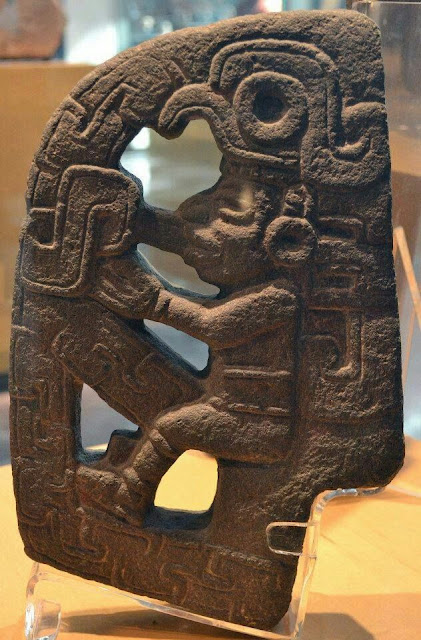 
There wasn't any words for Aliens, Extraterrestrials, time travel, scifi, technology or the processes that come with evolving devices or the whole process of things improving with time or upgrades. So the way we think today, it's so far removed that we're literally a totally different species! Okay, maybe not but culturally and what matters are different through to the clothes on your back.


We shouldn't be seeing anything archaeologists recover or uncover, unearth that we recognise from now!

All these carved reliefs and announcements on the stone walls and the depictions are real. They are based on actual ancient historic rulers, ancient places and names of Kings, ruling dynasties and have significant meanings regarding ancient Egypt mainly.

Because we've unearthed ancient carved walls depicting (what can only be described as) a Flying Saucer, we've got to start asking the question "are we alone in the universe"? Have we been visited by Aliens and UFOs in the distant past because these carvings would say that we most definitely have.

I mean, check out the image just below and you tell me that it's not a UFO, lol. The Government idiots paid to throw doubts on what we're looking at should be ashamed of themselves! It's as simple as that. 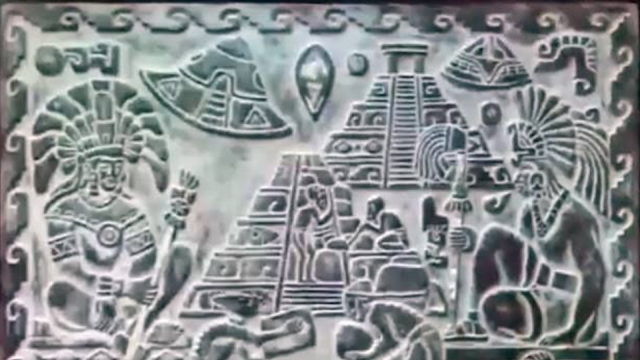 
Also, stop being frigging childish and get it out into the open so that we can have a proper good dialogue with anyone who wants to know what else is out there in space! 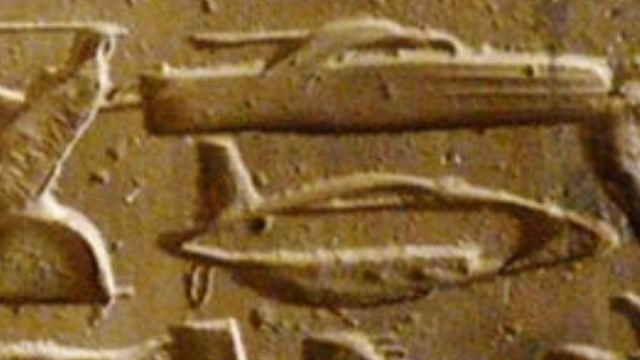 
The above photo shows us what many people think is a Flying Saucer and a submarine, they are correct. Why do I say that they are correct? Because in Egyptologists and Paleocontact hypothesis circles these are 100 percent real.


Here's the piece of text from Wikipedia that shows us exactly what this carving means, but does it explain what we see without any doubts...

The hieroglyphs in the Temple of Seti I. 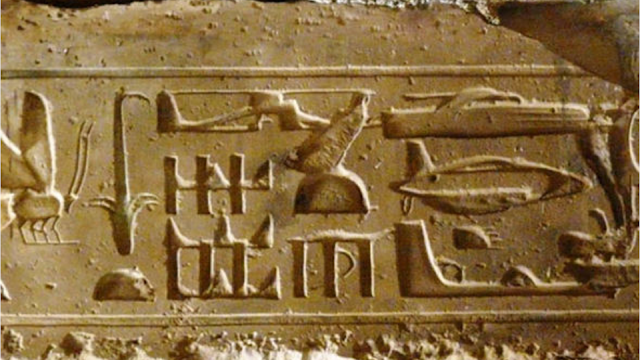 The "helicopter" image is the result of carved stone being re-used over time. The initial carving was made during the reign of Seti I and translates to "He who repulses the nine [enemies of Egypt]". This carving was later filled in with plaster and re-carved during the reign of Ramesses II with the title "He who protects Egypt and overthrows the foreign countries".

This carving on the wall, it's not the first one and it's definitely not the best one. That distinct award goes to the covered up carvings. The world needs to know that civilizations have been before and civilizations will continue to rise and they will never stop falling!

History follows a distinct path. Everything is repeating itself. We see this formula everywhere.


Albeit that's a very modern set of words but the only thing that has changed is how they're perceived.


There are a series of hieroglyphics in a temple in Egypt which have stirred a lot of curiosity and speculation. Some believe they depict an army tank, a helicopter and other 20th century machines. Others think they are simply layers of hieroglyphics...what do you think?


Let's wander back to the ancient past of mankind and try to understand what message it is that these carvings were try to convey...


To me, it is saying from the heaven's came a being inside a craft.


It doesn't get any better than this as far as i'm concerned? If you've got the head a society or a the main cultural figure head investing time and money, efforts and reputations in these very specific hieroglyphs that show us clear Aliens and clearly represent other worldly beings then we can pretty much assume that these where beings and they did exist!

This depiction is what can only be seen as flying machines? 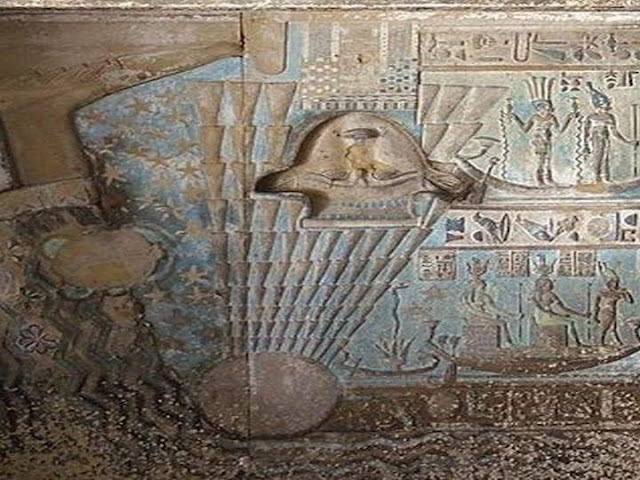