Asteroid Eros 433 has an Alien structure on it. The building is a definite anomaly and NASA is covering it up because it wants all the technology.

This is the Asteroid Eros Alien structure, in fact it's so Alien looking that NASA simply cannot deny it, they want it!

I'm a 100 percent believer that this is a real Extraterrestrial structure. Why else has NASA gone to this asteroid in the first place? They've made it their mission to map every single detail of it and that's in NASA’s own word's, check out the NASA official photo and read up about it here. Out of all the asteroids in space, NASA’s only gone and picked one with a strange structure on it. If you know me, you'll know that I do not believe in coincidences! And I never will. 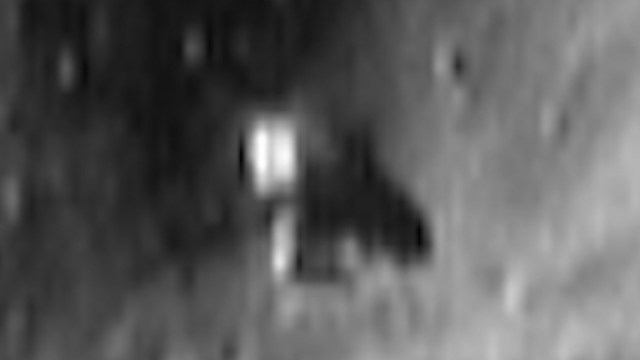 The thing is though, they're sticking to the stupid answer that this is a boulder. Can you believe that so-called intelligent scientists with letters and degree's plus awards and inventions under their belts are coming together and saying that this "asteroid Eros 433 anomaly" is a 148 feet wide boulder!

Seriously, you can't make this rubbish up, actually scratch that because they're literally making it up. 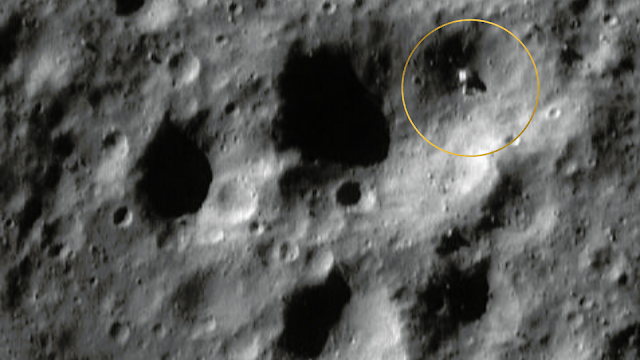 It's a white square cube with a detailed and very deliberate, symmetrical line down the middle of the cube on it's surface. There's a protruding cannon like object coming out of the square cube type structure which is facing our south when looking at it. 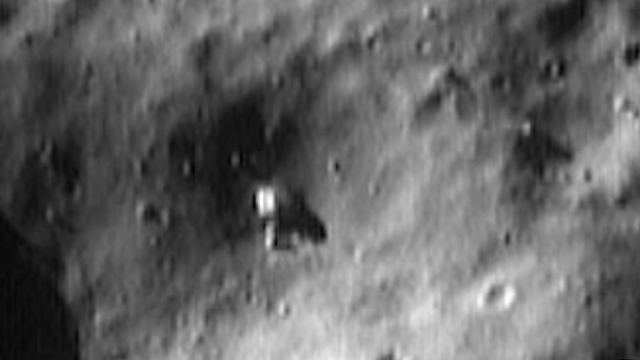 I couldn't even begin to think about it being anything but an intelligently created installation unless I was walking around it and I had my glasses on, because it's way to precise. It's got an equal shape which isn't just on one corner of the cube, it's throughout the whole square we can see equal and precise sides, corners, end's and widths and that's not normal.

It's not just because it has a shape that reminds me of a military tank or a familiar shape. It's because natural processes on Asteroids do not look regimental, the random objects created in nature from molten magma do not have square designs, they don't create protrusions like we see here in this photo.

Now, let's combine this Alien looking structure with the "fact that UAP's are now admitted to" and we've got ourselves an origin because the UAP's must have come from somewhere, right? Don't forget guy's, this building is 148 feet wide! That's a very long building, it's also very high. Let's just say it's half the size tall as it is wide, that's still 74 feet tall and I don't know about you but the UFOs normally seen around Earth are easily going to fit inside of this 74 feet tall by 148 feet wide structure.

You see, if we combine what the Government's disclosed over time into a single sheet of paper, we can see that one leads on to the next.

UFOs are now a science fact. We've seen the UFO Orb looking crafts. We've also seen the same shaped UFOs near the ISS and on the Moon. This could either be a ventilation system for an underground base inside of the Eros asteroid? It could also be an entrance for these physics defying UFO Orbs. We see them in the Government declassified videos defying the laws of physics. We see on display unknown sources of energy, propulsion systems that can travel faster than a state of the art US Jet and fly against the 100+ knott wind's and all that in the size of a craft that is in the region of a large suitcase or even a drone size.

A Navy task force reviewed 144 sightings by U.S. government personnel that occurred between 2004 and 2021. And even now, the Pentagon doesn’t know what they are. There’s no evidence that the objects were sent by space aliens, but the report, mandated by Congress as part of the 2021 National Intelligence Authorization Act, confirms that the sightings remain “unidentified.”

You see, I've highlighted this because all the Navy Task Force did was analyse the video footage and the photo's. They was never, ever going to speculate about their origin. They was always going to find this to be inconclusive because all there was, was sworn affidavits and video. Seriously, it was a flawed task force from the beginning because we already know the protocol for video footage analysis, we already know the protocol for analysing sworn affidavits. The outcome was always going to be in line with what the protocol dictates.

What Congress should have asked for was a speculative exploration of all the unidentified objects in the videos and photo's based on what it would take to create such devices and if it was possible by human technology standards to create such crafts? The sworn affidavits must only be treated as such and there's a protocol for this. The only thing I would have changed was having professionals and expert's in all field's like engineering, physics, related science on exotic materials, structural engineering and engineering of similar sized crafts like in the videos and have all the NASA scientists, JPL, ESA, Roscosmos, Jaxa etc all have a no holds barrier look at the way the object's move and have these expert's give us their opinions if these could be created by humans or if these are Alien crafts based on what they see.

Of course there's a better way to examine the UFO videos and UFO photos including the sworn statements. All I wanted this task force to do was speculate what the hell they was. But all we got, for all our efforts was "unknown".

That's it, the other two word's are neither here nor there. Yes it's plain to see that they are aerial and yes it's clearly a phenomenon. So really, in all fairness of the UAP videos, what the heck did this task force really add to the mixture? Okay, it legitimised the way UFO believers felt but we already knew that UFOs were real. We already know that UFOs are here on Earth right now. Because the task force was calling these UAP (Unidentified Aerial Phenomenon) the non believers didn't still haven't put much thought into the UFO phenomenon because the letter's UFO hasn't been used.

Yes of course UFO believers know what this means by calling it UAP, but yo everyone else it's not that clear and maybe that was on purpose. Let the UFO believer's say I told you so, but the non believer's won't be any the wiser as it's not a direct admission of UFOs being real.

Because even now, people are still asking "do you believe in UFOs" or do you think that UFOs are real? All this tells me that people are still non the wiser after this so-called task force was set up to follow protocol.

Oh well, I suppose all that matters is that people still film UFOs and I'll still bring awareness to the Ufology phenomenon.

DoD still from the UAP video: 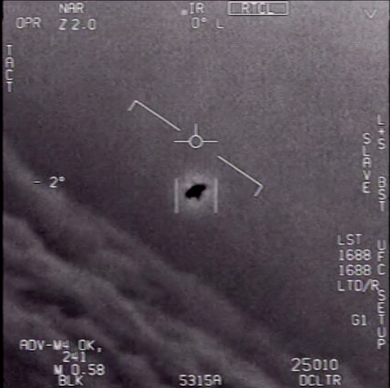 Still from a video released by the U.S. Department of Defense showing an encounter between a Navy F/A-18 Super Hornet and an unknown object.

UFO Sightings Daily has always been a champion of Ufology, this website has also written about this unusual and important "probable Extraterrestrial structure" and while the editor talks about the structure been two rectangular shaped buildings side by side together the color of them are also totally different from the surrounding colours of the asteroid.

Please share your thoughts on this, my stance is that the US Government's hiding the Extraterrestrial knowledge big time because other countries will all want in on the Alien technology. If they keep it under wraps then all the patents, inventions, leaps in knowledge and the obvious money (plus power) will all belong to the United States.