NASA’s Hubble Telescope picked up a larger than everything UFO in the Orion's Nebula in the deepest part of space. It's size and shape is incredible.

If you clone the Earth 100 times and put them all in the universes biggest paper bag, you'd be somewhat near or slightly close to the size of the UFO inside the Orion's Nebula.

In fact, that's a fraction of the size of the Cigar shaped UFO inside the Orion's Nebula.

In reality, we don't have anything to put it next to, to determine the size or get a gauge of it's size and even if we put it next to the Sun, it's still hard to grasp it's true size! 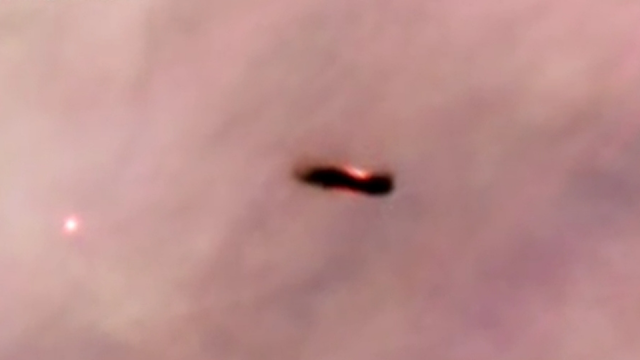 It's somewhat different to other UFOs because of one thing, size! Lol. It's a bit hard to get the human head around the size of the UFO because it's (larger than 100 Earth's) the biggest one that we'll ever claim to be an Aliens Mothership or even flying home?

One thing I do know is that as far as Cigar shaped UFOs go, this is the Cuban President of them all. The big general so-to-speak. Here's a photo of the Cigar UFO in the Orion's Nebula: 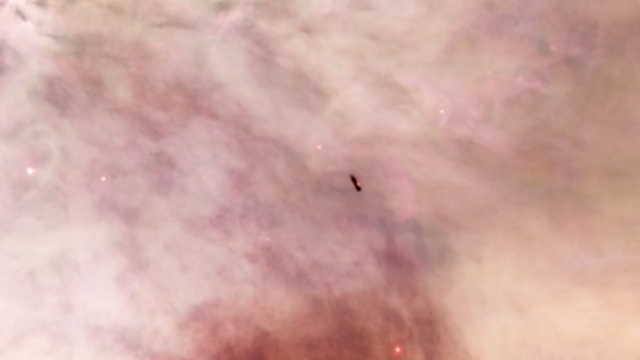 Below is the UFOvni2012 YouTube video showing the massive, humongous and extremely large UFO in the Orion's Nebula which is a long, long way away.

Please enjoy this exciting video. Deep space is a fascinating place to look for Aliens because we're here in this tiny part of the endless space so it stands to reason that there's other life out there in space "somewhere", right!

YouTube channel UFOvni2012 uploaded a UFO video showing an image taken by the Hubble Telescope of the nebula - which is a huge cloud of gas and dust in outer space.

Within the dust cloud is an odd dark, more solid-looking object they have described as a cigar-shaped UFO. UFO evidence inside of the Orion's Nebula in deep space photographed by the Hubble Telescope was like finding that one needle in a haystack.