The night of the Phoenix lights incident was made even more spectacular with a new UFO sighting that's come to light involving a black triangle UFO.

You've more than likely not seen this UFO video before but you'll definitely wish that you had done so? 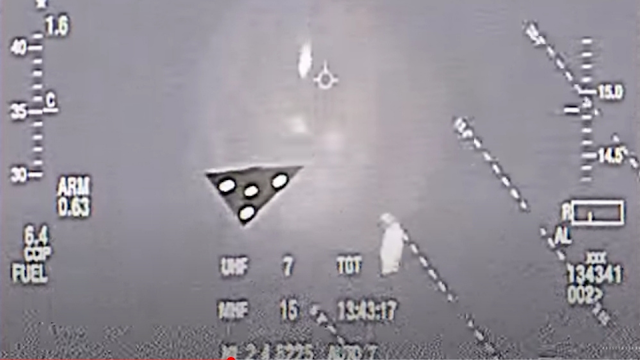 Above image is a screenshot of the Black Triangle UFO from the cockpit of a fighter jet HUD.

But, did you know that there was a whistle-blower that sneaked out of the Air Force, a video of a UFO event which happened on the same night as the Phoenix Lights UFO Incident?

This video is of such importance and of quality that it's some of the best back up evidence of the whole incident to date.

An Air Force whistle-blower has leaked a marvellous UFO video recording from the Jet fighter that he piloted on the night of the 13th March, 1997. We can see a huge black Triangle with lights on the underneath of it. It's a definite Triangle shaped craft and it's most certainly in a real dog fight with the Jet which is being piloted by the eye witness/whistle-blower. 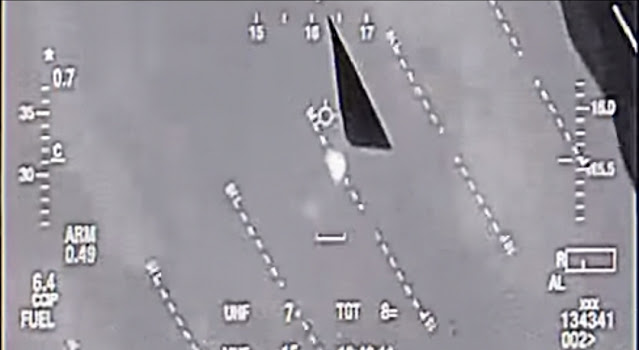 I'd like to know what it is and if it's a top secret aerial vehicle created from a reverse engineering project within the Air Force like some people have suggested?

Please enjoy this amazing UFO video brought to you via the good people of the US Air Force:

Here's the full description of the UFO encounter that is in the actual YouTube video description:

Classified military footage of the Phoenix Lights has recently been leaked by a former Luke Air Force aviator. The cockpit HUD footage captures never before seen cockpit footage of an F-16 and A-10 Warthog fighter jet in action the night of the Operation Snowbird over the Estrella Mountains March 13, 1997.

The UFO video depicts military and an unknown craft on the night of the mass sighting over Phoenix, Arizona in March of 1997.

Is there a connection between the two and if so, what? If it turns out to be another incident, that would beg the question "how bloody big is the UFO phenomenon" really...

Luke Air Force base has received numerous inquiries and requests for comment but has remained silent on the incident. The report claims additional footage of multiple civilian casualties has been obtained. #disclosenow