Just because there's no information whatsoever with this UFO video that doesn't mean that it's not real. Trolling is a very real thing for Ufology.

UFO evidence caught on camera in daylight with lot's of eye witnesses, but is seeing it, really is believing it... God I wish I had seen it. 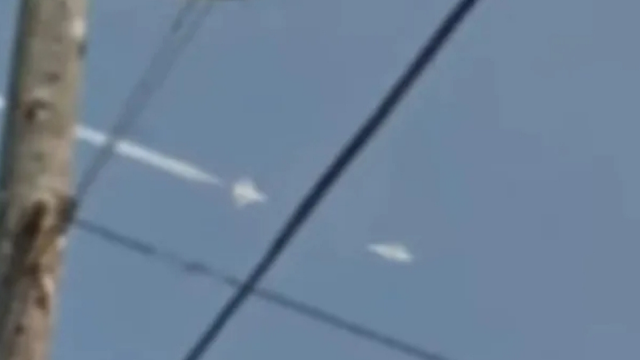 It doesn't get any better than this one guys, I'm as convinced right now as I have ever been. It's not the fact that what we're seeing is astounding but also it's equally important to listen to the eye witnesses reactions. When they react and to what extent they react. That's why I'm all in with this UFO video because it sounds right as well. The fact that there's no information whatsoever with this UFO video doesn't detract from it at all in my own view.

Below is another UFO overtaking another Jet but it's totally different - apparently? This one just below is being reported in The Sun. Check it out here. There's a chance that it could be the same video but shown in a different way. 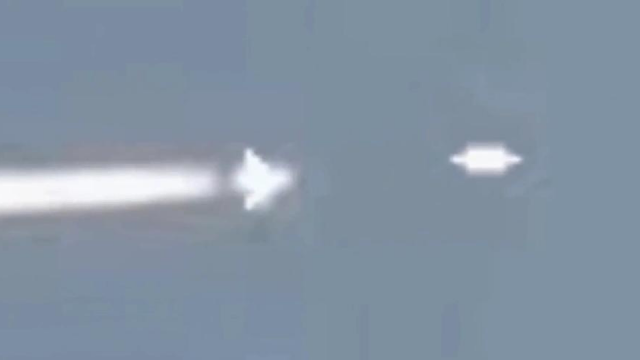 It's not a helicopter flying faster than the Jet and it's not a man made craft because it's common knowledge to all pilots cannot be that close to another craft while flying. Okay, it might be a human being disregarding the rule book and flying crazy and is hell bent on getting up the nose of the Pilot in the commercial Jet. But that is very unlikely and extremely dangerous so I don't think that's the case here. 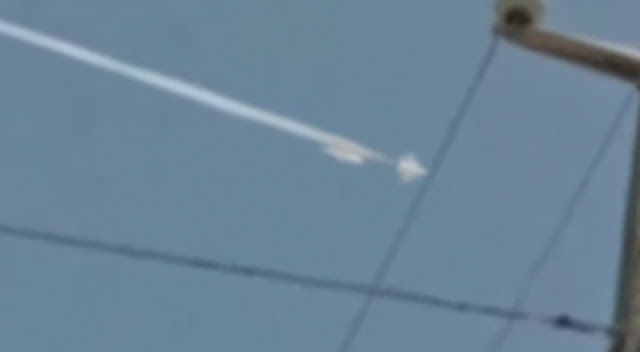 Credit must be given when credible people step forward and put their credibility on the line regarding UFO sightings. In this video it seems like it's a real UFO sighting happening and the guy's do the right thing by recording it and then reporting it.

Some UFO sighting's like this one need to be looked at, but we know there's a distinct lack of energy to look into these especially in the hall's of power. In fact, I'd go so far as to say that there's a definite feeling of being seen as an outsider rebel with a cause.

What is the answer to Aliens visiting Earth, why are they in these specific places when people catch them on their smartphones? What's their business in that specific area, where do they go, where did they come from?

Satellites in this day and age are continuesly recording the Earth for one thing or another. Webcams are everywhere in the world at important places like active volcanoes, mountains, rivers, towers - seriously, you name it and the Earth is covered by cameras. We can, if we wanted to go back to and collect and collate, decipher, plan, arrange, plan again and showcase a timeline of the Earth to see where these little critters are coming from?

We can even identify the source of entry, and that's exactly what NASA knows (if anyone knows this then so do they) because they've definitely got the technical knowledge and the technology to create an even better solution to collecting data from the world's camera's to see where the Orbs, the Flying Saucers, the radar blips, the UAPs and the water USOs.

The biggest thing I dislike NASA for is the statement from them supposedly aboard the ISS - when asked by a journalist:

"Can you please prove that your really in the ISS" the video is just below...

And all of the Astronauts pointed to the ladies hair and said "Look at her hair". That's one stupid comment expected to be accepted by a dumb public, yeah well not me. There's so many thing's like that which beggars belief. Then the green screen grabbing of the wires holding the "astronaut up" by the Astronauts next to the other in his harness. Plus they're supposed to be in space on the ISS and an astronaut goes past in the back wearing a full harness with wires.