There's been UFO Orbs visiting nuclear power plants for as long as anyone can remember. These Orb UFOs visited Earth and was recorded by the ISS.

UFO Orbs like the ones here in this post are probably the most recorded type of UFO seen anywhere in the world.

The day that the Fukushima power station was devastated by the 2011 tsunami there was a mad rush of UFO activity literally all over Japan. They were seen all over Japan for some "unknown reasons" and I say unknown reasons in brackets because even though it's not been established as yet, there's a ton of evidence to say that the tsunami might have had something to do with the UFO being ever present in the areas of the nuclear power stations? They might have prevented a really big catastrophic event, they may have done nothing and just recorded what happened. 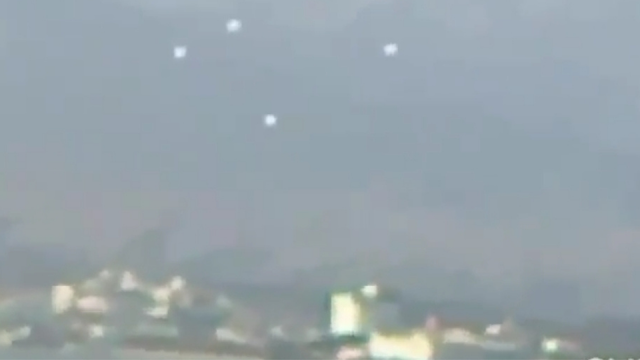 It's only a guess but coupled with the fact that over the last few decade's the eye witness sighting's of UFO Orbs near or above these power plants has increased and for some other unknown reasons they've been Orbs. Does this strike you as strange or does that sound about right? 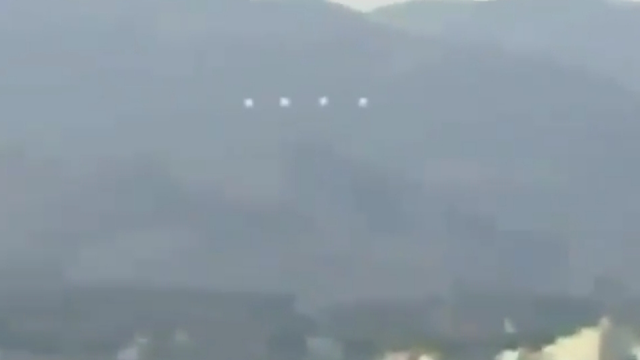 Orbs are creepy little buggers, they've been seen on many, many occasions and filmed from the ISS (International Space Station) coming and going to the Earth and on mass! Loads and I mean loads of these ridiculously round, strange spheres have been recorded in "super clusters" either all flying at the same speed or some of them flying faster than others but then slowing down which would indicate that they were flying independently from each other.

People have recorded these UFO Orbs in many different parts of the world, check this link out and you'll see what I really mean.

Some were spotted changing their general directions either flying forward with a bit of lift, then lowering itself and also speeding back up. It made looking at this large super cluster like a genuine phenomenon that was taking place, and that more than likely can't be stopped.

This is why no military Jets have ever intercepted any and it always seems to come out later than they was seen on radar, but yet they did nothing! Just remember that when we next have "real radar confirmation".

Maybe that's all we can do is just look on in awe and God forbid but if one crashes we can always recover one because we have them on radar? This is what people don't realise, they're (UFOs) always being tracked and when the military admit they had "something on radar" you can guarantee that they scrambled Jets because if they didn't, that's bloody dereliction of duty! It's mind blowing what people don't understand - or should I say they don't want to understand.

I'll link you to the post I did about another UFO Orbs swarm here.

Here's the video and full description (just below the video) from the UFO Orb video posted to Instagram by @real_ufo_ovni:

The size of these hanging spheres can be easily compared with the houses in the picture.

In the caption of the posts related to the sighting of the Arbs, I explained that they are mostly seen in coastal cities and close to the sea.