China's Sending Over 20 Rocket's To Knock Asteroid Bennu off a collision course with the Earth in 2175. Tjis is a very serious problem for Earth.

When I first read this my heart was in my mouth, I really don't know what the hell I was thinking but damn I felt a bit cold really quickly. 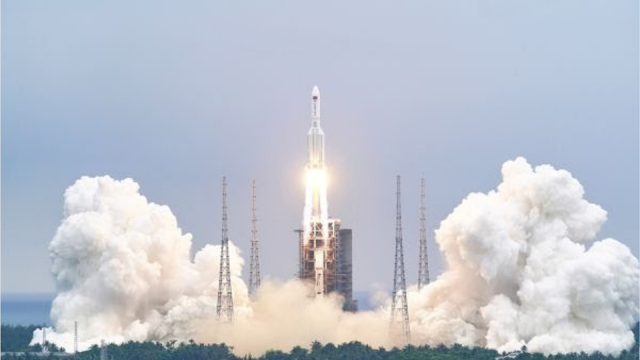 Here's a quote from Live Science with some interesting facts:

China's Sending Over 20 Rocket's To Save Earth From Armageddon. Their target is an asteroid named Bennu, a 85.5-million-ton (77.5 million metric ton) space rock that is on track to swoop within 4.6 million miles (7.5 million kilometers) of Earth's orbit between 2175 and 2199. Although Bennu's chances of striking Earth are slim — at just 1 in 2,700 — the asteroid is as wide as the Empire State Building is tall, meaning that any collision with the Earth would be cataclysmic.

It's enough to be giving scientists nightmares and some are investing in new underpants, for when thing's get a bit hairy or dicey. Albeit, it will be heirlooms and pants left in their will to lucky future offsprings but hey, imagine what it will be like for the future people who will be surely buying them hoarding underkegs like when people hoarded toilet paper during the pandemic. 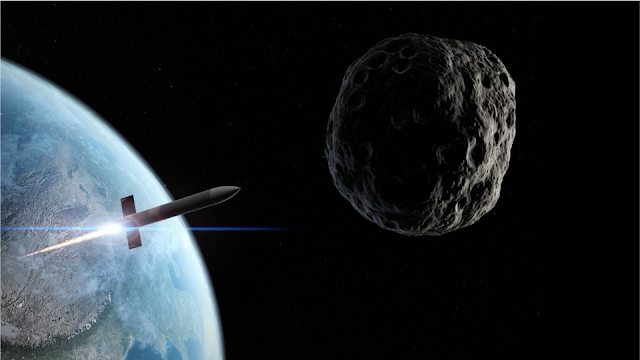 I've just written this post, and it's just dawned on me why Mars is possibly being targeted for colonisation! Does China have a deadly serious program here that must be done? Is this why SpaceX is feverishly and tirelessly focusing all their efforts to get to and put a colony outpost on Mars!

It wasn't a nice feeling to be honest. It felt like one of those horrible scenarios that when you wake up to read the day's headlines about what's happened over night, you then set your eyes on this! 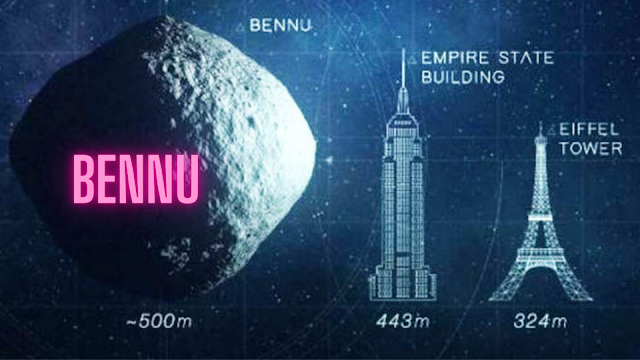 Here's the trippy headline, which read:

China plans mass rocket launch to divert asteroid that could wipe out life on Earth.

So, yeah that's pretty much what I read and it started a chain event of me spitting feathers, a cold feeling washing over me and a cloud above the head ☁️🤒. I know it's not normally what people think about but how is a possible catastrophe going to be delivered to the world?

It could be in such a way that Catches people off guard. How else can they release the information, with billboards, planes flying an advert but I doubt they will.

I've actually written a post about this very asteroid in the past because I discovered a craft on this asteroid Bennu which believe it or not, seems to be a coincidence that China's targeting it right now for further investigation so soon after possible Alien technology has been discovered there...

Maybe it's under the guise of a scientific research investigation and it's actually working to find out more about what is going on there regarding Alien activity. It seems very strange and peculiar to me that China is taking a closer look at Bennu "to help an Earth 150 years in the future" because I'm not being funny but since when did China do something to better humanity unless it's beneficial to China, I'm unaware of it?

So it seems like there's something else entirely going on here instead of the whole China's helping humanity thing.

It's absolutely true though, that China's planning on sending over 20 rocket's to Asteroid Bennu because it's on a - and I quote: "a hazardous and potentially catastrophic collision course with Earth" with a 1 in 2700 chance of hitting the world we live on between the year 2175 and the year 2199.

And believe me, that 1 in 2700 chance is enough to concern scientists and the people who put these stats together. Here's the quote from the Independent about that:

Although the chance that Bennu will impact Earth is only 1-in-2700, that risk is still enough to concern scientists due to the amount of destruction the asteroid could cause.

Bennu is classified as a B-type asteroid, which means it contains a lot of carbon along with various other minerals, formed over 4.5 billion years ago.

Scientists at China’s National Space Science Centre found in simulations that 23 Long March 5 rockets, which weigh 900 tonnes when they leave the planet, hitting simultaneously could divert an asteroid from its original path by nearly 9,000 kilometres – 1.4 times the Earth’s radius.

This is from the Independent as well, which has a better and more accurate picture of what it post's about. It's one of the better UK newspapers that has a bit more substance to it. I really enjoy bringing people UFO News and UFO Sightings Footage plus real UFO videos because I, just like tons of other people out there know that Aliens are real and that Alien disclosure is happening but slowly. I'm trying to figure it out as well.

The conspiracist in me is fast connecting dot's but the law abiding sheep side of me is wanting to just bury my head in the sand and forget about it, just move away and get on with UFOs and searching for that one real UFO, like on Bennu. But if I look at it for what it is, it makes me start to think about the recent worldwide lockdowns and the curfews put in place by many Government's around the planet.

Don't forget about the by laws and the bans, on the spot fines, also any gatherings were prohibited plus tons of other laws and rules etc that was pushed very quickly into effect and passed in record time. It's kinda hard to not see it as all looking like a dry run for when the s*** really hits the fan.

If an Extraterrestrial Mothership turned up next to the Moon would you follow the Government's instructions to stay indoors and self isolate if they asked again but this time because of an Alien Mothership? Absolutely yes I would, my own reason for that is because I'm not going to stay outdoors just because I don't want to do whatever the Government says. Lol.

Can 23 rocket's (Long March Rocket's as in the above image) really divert an asteroid weighing upwards of 85.5 million tons and smash it off guard enough that it would put the distance of say the widest part of the Earth between both the Bennu asteroid and the Earth... I'm totally in agreement that "if" something needs to be done then get er done! But why China? What the hell does China know that the USA and UK are not telling it's people?

That's possibly where the biggest mystery lay, sinister Government's keeping the public in the dark about stuff that potentially can't be fixed? Sinister or cynical? Probably both!