Here It Is, The Publicly Available Silver Flying Saucer Filmed By Astronaut

Astronaut Jean Pierre Haignere photographs a classic Flying Saucer right outside of his port window on the Russian MIR Space Station in 1999.

What the hell, I think I'm in an alternative reality because this is an actual astronauts own photo and yes that's a definite Flying Saucer.

It's a good place NASA isn't it - "sarcasm!" All your hard earned money is put to really good use in the form of hiding away any and I mean anything related to their end goal which is to discover Extraterrestrial life and yet this is hidden away! So, let's get this straight, your taxes in the USA goes into the Government coffers then it gets divided up between infrastructure, up-keep projects, street cleaning, trash collections, police, fire fighters, social care, military and then NASA gets a cut of it. It's put into space exploration but more to the point, it's put into finding Alien life. Most NASA missions have an ultimate goal to find Alien life no matter what it is big or small.
Photo d' UFO pris par l 'astronaute J.P. Haigneré, station MIR 1999.
Date of sighting: Feb 20, 1999 Location of sighting: Earths Orbit.
Mission: Russian MIR Station Eyewitness: Jean Pierre Haignere
Hundreds of billions of dollars if not trillions of dollars later, there's still no Alien confirmation or any mention of the thousands of UFOs going past NASA's cameras strategically placed in part's of space ie for arguments sake places like the ISS. All these cameras have caught evidence of UFOs and by default, Aliens but nothing has come from NASA that even mentions these UFOs.

So, your telling me that every single time the ISS Live feed was shut down because something came into view, it was nothing?

And, that's every single time? I'm supposed to believe that out of the hundreds if not thousands of times a moving object came into view, and mysteriously the live feed encounters a technical issue and the screen switches to the famous blue screen, I'm supposed to believe that gremlins are in the cables again?
This is absolute rubbish and it insults the publics Intelligence!
Take this astronauts camera for instance, this is yet another camera in space under direct influence by NASA's and ESA astronaut Jean Pierre Haignere and he photographs probably the most clearest and publicly available UFO photo that'sever beentaken. How ironic then that NASA has bent over backwards to hide these UFOs, only for 9ne of their own to take a UFO photo and not just any UFO photo but probably the clearest that has ever been taken in space? Now that's definitely ironic.
Related post
UFO Evidence Caught Flying Past The SpaceX Capsule
And they still they need more funding to go look for evidence of Alien life in space! It's Get absolutely laughable, it's beyond bonkers and if I know about this, then so does the people who approve the NASA funding!
Check this out;

If NASA admitted to the existence of Extraterrestrial entities, would they still get funding once their primary mission has matured and has been realised?

Their whole world would be in question and yes they probably would still get funding, but just to have it questioned isn't where NASA wants to be so they avoid this area at any and all means and if humans are in control of this, then you can guarantee that any means necessary actually means "any means necessary"! Because humans prove time and time again that there's no morals in any and I mean any position of responsibility, positions of power, influence and trust. That's not my opinion by the way, that's a fact based on evidence. 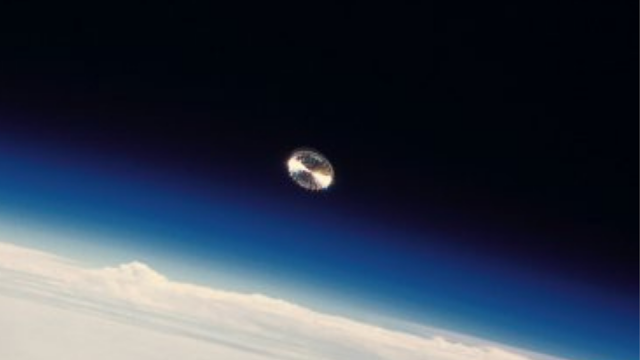 Credit: ESA/Mirror Space Station/Jean Pierre Haignere/UFO Sightings Footage/UFO News/Canva.
It's obviously a real photo taken by the astronaut Jean Pierre Haignere senior advisor at the ESA - to the ESA director and Roscosmos astronaut. It's insulting to think that he's rubbing it in our noses that NASA or the ESA doesn't comment on UFO News. It's double worrying that there's apparently irrefutable evidence of UFO activity in our close to Earth space - but yet NASA can't even do a thing about it!
What's going on here, seriously, am I being punked by someone because I'd of expected this on the news back in the day when he showed the world this amazingvset of images? It's a very important thing to come into contact with a UFO. And yes, this is that close I'd consider it Alien contact. Then again there's nothing for size reference so it could be any size I suppose? What we really need is for "someone" to interview Jean Pierre Haignere and ask him? 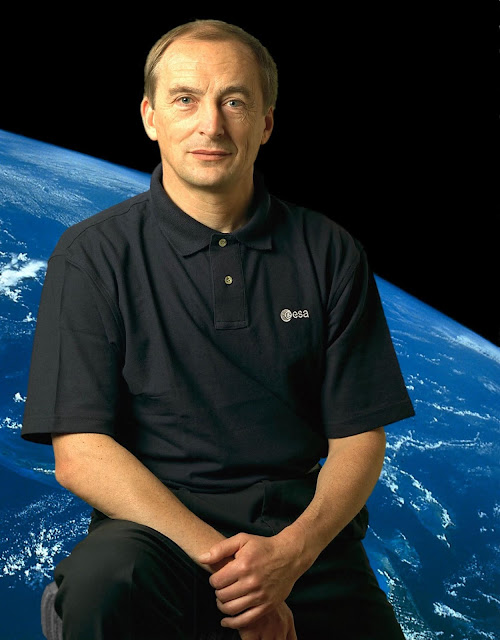 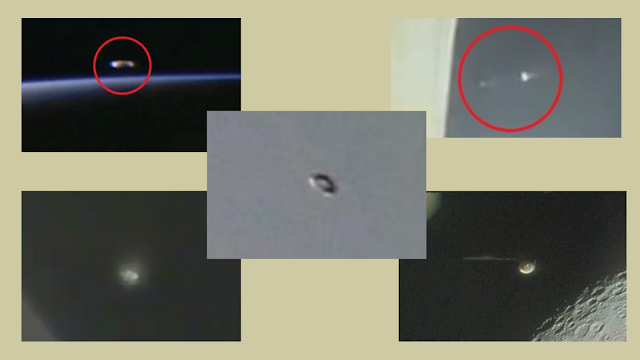 Credit: ESA/Roscosmos/Mir Space Station/Jean Pierre Haignere/UFO Sightings Footage/UFO News/Canva.
Okay there's only a chance that it's one and the same Flying Saucer type Disk but you've gotta admit that they all look the same? Or at least they have a very similar look...
Here's a typical NASA quote:
In a statement, NASA bosses said:

“No unidentified objects in the popular sense have been seen from the International Space Station. “Reflections from station windows, the spacecraft structure itself or lights from Earth commonly appear in photos and videos from the orbiting laboratory.”

Thank you for checking out this smoking gun UFO sighting. I genuinely believe that this is a real UFO sighting, silver Disk. And it's photographed by an astronaut, guy's it doesn't get any better than this.
Here's a spectacular UFO video of a very strange "thing" that's almost half invisible and then goes into the cloud's as filmed from the ISS:
Please share your thought's and if you can share this post I'd appreciate it, cheers.
Credit: ESA/Roscosmos/Mir Space Station/Jean Pierre Haignere/UFO Sightings Footage/UFO News/Canva/Daily Star/Odla.fr./HalfBakedTV YouTube video.