This is one of the best Star Trek Voyager lookalike UFOs that I've ever seen. It was photographed over Random Island in Canada. It's a fantastic UFO.

I've seen some amazing UFOs in my time (not literally) but none have come to look like the famous Star Trek Voyager except for this one.

I remember the day when the US Navy confirmed that UFOs were real, I remember thinking that everything about UFOs and Aliens was going to be accepted now and that the UAP videos were going to change everything? Here we are though, still asking if UFOs are real... It's a real bizarre world we all live in, don't you agree?
Then we're going to have to rewind a few years before UFO disclosure happened to 2016, a guy called Chad Haines caught one of the best evidence - wise Flying Crafts over Random Island in Canada which uncannily looked just like the Star Trek Voyager spaceship. Check this out: 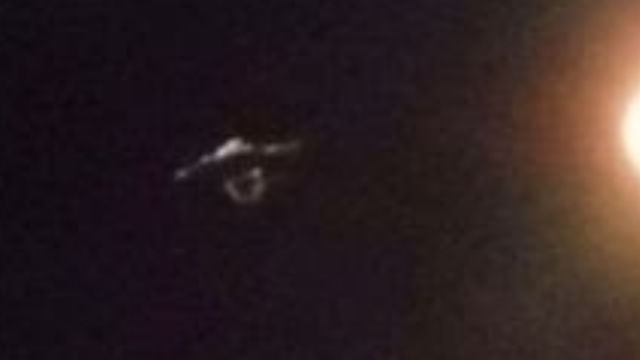 Credit: Chad Haines/Mirror/Secureteam10/UFO Sightings Footage/UFO News/Canva.
Mirror quote:
He said the object was hovering over water 'near to the moon' and was visible for two to three hours. After remaining still for most of that time, the object then moved up and down before rapidly shooting off out of sight.
Haines says the object definitely wasn't a plane, and said the UFO was far too large to be a drone.
Mr Haines also said that he wasn't a believer in UFOs or Aliens but after seeing the mysterious UFO near his home "he's now; "not so sure what to think?"
In the clip, Tyler from Secureteam10 says:

"Something (has been) caught flying in the skies over Canada. "It looks like a saucer, it kind of looks like the Star Trek ship from the TV series." 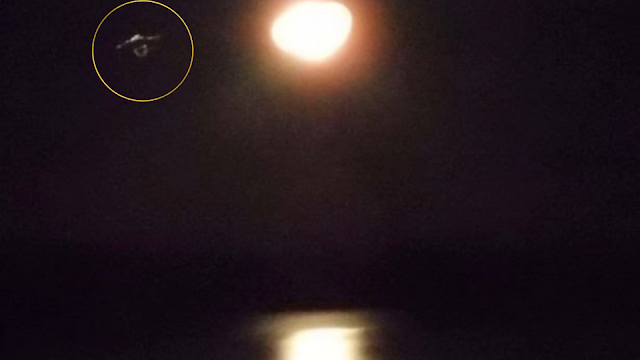 Credit: Chad Haines/Secureteam10/UFO Sightings Footage/UFO News/Canva.
The similarities between this UFO and the Star Trek Voyager are purely coincidental and it's more than likely it's only just because this Flying Saucer was caught at a weird angle? On it's own without the uncanny resemblance to the famous TV spaceship, this is a fantastic UFO sighting in itself. The night time shimmering of the light has been caught at the perfect angle onto the side of the unknown craft which then gives us an impressive outline of "what looks like" and can only be described as a spectacular UFO.

"The strange object was spotted over Random Island in Canada, by a man named Chad Haines."

The YouTube channel Secureteam10 even covered this UFO encounter. But as it turns out though guy's, the feller that took these epic photo's couldn't even remember that he had taken them. It wasn't until years later when he was looking through his past photos in his camera list that he happened to come across these long forgotten photos.
I mean, it's really good for us and it's probably something of a shock to the guy that took the pictures in the first place. He actually admitted that he was shocked when he saw them as he'd totally forgotten about it all. It's actually a lot easier to do because I've done it myself on New Years eve a couple of years ago when I was sky watching because of the fireworks near to where I live and low and behold, a fantastic UFO sighting occurs right in front of me but to my right looking out 9f my own bay window overlooking the open spaces. I savored the moment because I knew I didn't have enough time to find a camera or my phone.
Here's the Secureteam10 YouTube video:
Please share your honest opinions about this interesting UFO sighting. It's definitely got a lot going for it but also as a UFO sighting, it's alway's gonna raise a few eyebrows anyway's. But I know that there's no such thing as one opinion being better than another because at this stage everything is still on the table including man made aerial vehicle's, Extraterrestrial vehicle's, CGI, drone, kite, balloon, weather balloon or anything else that can be mistaken for this UFO?
It's really not as straightforward as we might of otherwise thought. Also please share this post with someone else who may be interested in joining the conversation, I'd definitely appreciate it, cheers.
Credit: Chad Haines/Mirror/Secureteam10/UFO Sightings Footage/UFO News/Canva.