It's not going to get any better than the discovery of 7 entrances on Mars. The tunnel entrances have intelligent made columns and are man made.

I'm really happy about this Mars underground tunnel entrance because it's the evidence that we all needed. But you do realise that Mars has fierce storms right, so it must mean that someone or something is keeping the entrance swept - free from a build up of Mars sand and that's just logically thinking about it. We can clearly see the entrance way going into the tunnel a ways back but I know that Mars gets fierce sand storms. It's this what nearly killed the Mars Rover because of the huge build up of sand on it's solar panels.
Related post
Weathered weapon on the surface of Mars
See, it makes sense once we allow ourselves to think logically about even the most unusual ideas or opinions. The sand on Mars was a massive obstacle to overcome but not just for the Mars Rover but also the recent helicopter sent to Mars. So someone else or something else must be keeping the tunnel entrance swept of sand and who knows eh, it could be a bunch of people who have been on Mars for decades. People believed that the US sent people to Mars a long time ago.
This is probably some of the best evidence of life on Mars we will all see,  just short of actual Alien contact. 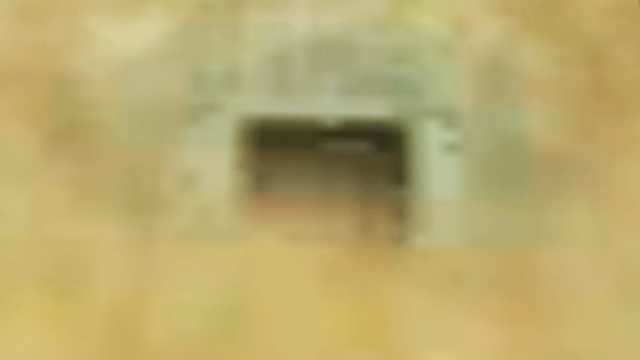 Credit: Dahboo77 YouTube video/Google Earth/UFO Sightings Footage/UFO News/Canva.
Not at first though because by reading the title of the video I was kinda already aware of a underground tunnel so I was expecting "one" underground tunnel entrance but instead Dahboo77 actually then said:

"but wait a minute, what else do we have here if we scroll to the left and keep on going?"

So I'm watching and waiting, then watching some more and low and behold, another totally different underground tunnel entrance came into view. This one though slightly bigger, is the twin to the first one that I saw at the beginning of this video. 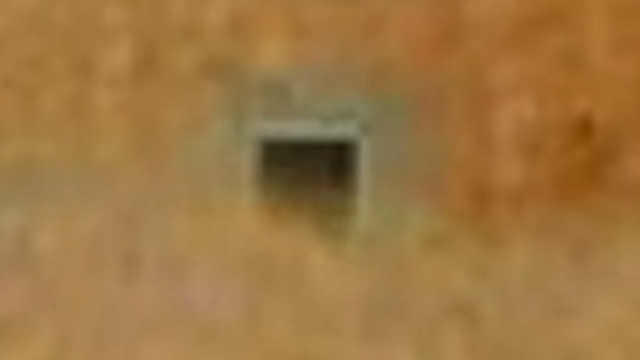 Dahboo77 YouTube is always coming up with great and exciting news on UFOs and on Mars anomalies. Check out his channel here. Below at the bottom of this post I'll add part of the video description. 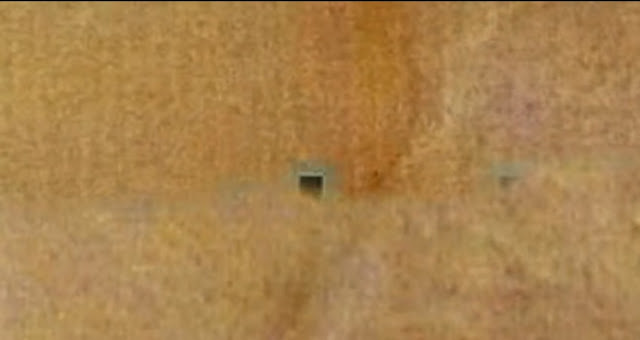 So, now that we've got this fascinating and exciting information about where the UFO Orbs on Mars could be coming from, what do we do with this extraordinary information? Well, the answer is simple, we share the news, we add it to the list of important information that the public needs to know more about and ask questions. Talk, debate it, remember why you got into Ufology and Extraterrestrials in the first place.
For myself, I am on a personal mission to get as much information as I can. So it really doesn't matter when Alien disclosure comes as I believe now and I'll believe the same after Alien confirmation. 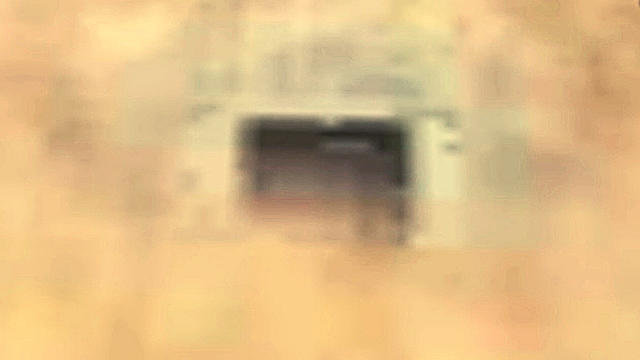 Credit: Dahboo77 YouTube video/Google Earth/UFO Sightings Footage/UFO News/Canva.
That's the exact point I was stuck for word's. Nobody and I mean nothing, not one intelligent thing has ever stepped foot on that dead, red, and fully red planet "ever". But yet here we are, here we have evidence that goes totally and utterly opposite to that. To say it's confusing is an understatement but only to a point because that's when I bring down to bare the vast freely available information on this obvious Extraterrestrial structure. 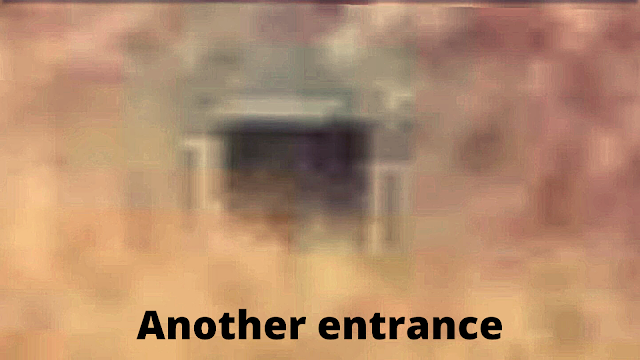 Credit: Dahboo77 YouTube video/Google Earth/UFO Sightings Footage/UFO News/Canva.
Although this is going completely against the orthodox way of learning or against the Government sanctioned national curriculum, I totally understand that what I'm seeing is real, it's backed up by knowledge. Knowledge about how planets formed, what is and what isn't found in nature  and nature and that covers rock formations, erosion and atmospheric conditions "even of other planet's". Tunnels with load bearing columns on equal sides of an opening entrance don't occur in any way, shape or form by natural forces.
Related post
Flying Saucers Discovered On Mars | Ancient Alien Artifacts
But to have 7 and I repeat seven tunnels on another celestial body and it being called Mars isn't normal. When you know more information about anything, thing's become clearer. But tunnels on Mars are so far reaching that everything else I know and that probably what you know, it all makes sense now. The relics on the surface, the Martian surface left to time has been ravaged but the stuff buried underneath the natural build up of Martian sand, buried under many hundreds if not thousands of tons of sand, build up, dust, rocks and pebbles etc.
If there is a breakaway civilisation still clinging onto life in underground tunnels leading to cities, towns etc then it all makes sense now. All the bones, shoes, guns, skeletons, pyramids, skulls (many, many skulls), crab, crafts, tanks, flying saucers, domed buildings, structures, tunnels of glass, tree's, plant's, sheep, insects, birds flying in the sky and the Rover videos it and then photographs it.
Believe me, we just don't find the same array of materials on the Moon. For some reason or other the Martian surface is littered with the remains or remnants of a long dead civilisation that must of come to an abrupt end! The Mars surface almost reminds me of the Titanic.
Here's the exquisite and simply marvellous Google Earth discovery of what can "only" be described as multiple Mars underground tunnel entrances:
See, there's still massive and I mean humongous conspiracy theories out there which in my mind do come to fruition and that do bare fruits. Most people are aware of Mars having structures, trees, life, animals etc on it and there really has been serious evidence put forward that backs these claims up.
Then there's the Martians living on the planet, there's been lot's of serious evidence put forward also that back's up these claims also but now we have real in your face "intelligently created structures on Mars" and there's not just one example of stone work and entrances but seven. That's 7 entrances all looking the same and that's the smoking gun if ever there was one.
*
Here's the a part of the YouTube video description:
www.undergroundworldnews.com Every time an amazing discovery is made on Mars, They quickly tell the sheep it is a rock or shadow! Time and time again, They try to make excuses for the objects being discovered all over Mars. This time, they are not fooling anyone by saying its just rock formations. No doubt, some of the small minded out there will bye NASA Lies til the Great Deception! But for those out there with an open mind, And that know we are being lied to, This find speaks volumes!
These entrances are all different when it comes to the fine detail. Some of them even seem to have something inside! The best way to find them is to follow the directions in the video! I found at least 7 that stand out solid. I also found more that were clearly covered up partially by a crappy photoshop job.
Regardless, THEY ARE THERE!
Credit: Dahboo77 YouTube video/Google Earth/UFO Sightings Footage/UFO News/Canva.