Why Hasn't This 1.3 Mile Long Spacecraft Been Talked About

Seriously this is probably one of the post's I have done in a while. This is an obvious UFO on the surface of Mars. It looks intelligently made.

NASA, always publishing UFO photos but always burying them under mountains of useless photos of the exact same spot.

That's no exaggeration neither because you've probably seen them yourself, the same type of photos with absolutely nothing in them except for a random piece rock or nothing at all. But, every now and again we'll be given something like this absolutely stunning piece of Mars history in the form of a UFO on the surface. 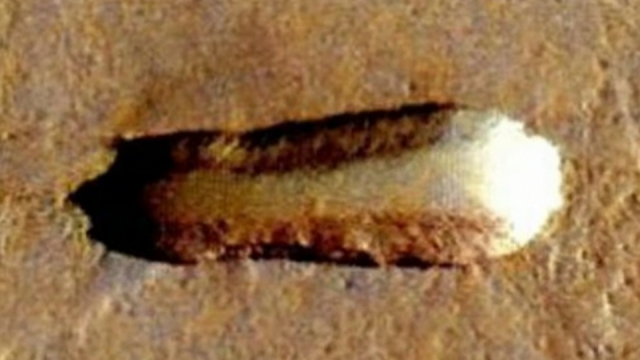 Believe me, this isn't the first and it won't be the last. I've posted articles on Mars UFOs before like this 100 percent UFO that is literally parked up on the side of a mountain (the image is just below) . Seriously, check it out because you need to know what is going on. If you look at these UFOs and think they're not UFOs then I honestly don't know what to say? In fact after looking up Mars UFOs that I've written about before I've just seen a UFO photo from a post that I did years ago and I think it might just fit in perfect here.

Check out these absolutely stupendous and more than likely real UFOs. When I look at these I genuinely think that there's a lot more going on in the world, in space and in the universe than what the public knows about. I mean c'mon, these do not look like rock's on a desolate planet somewhere in space. 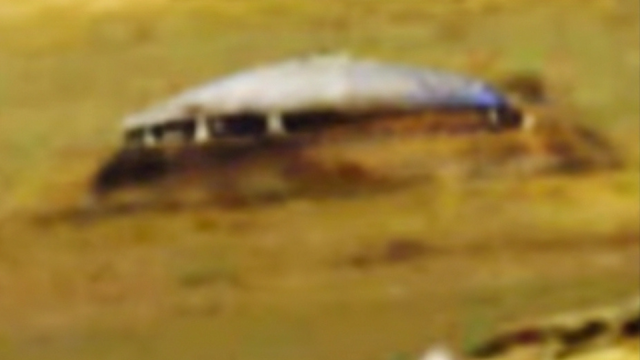 Here's the UFO on the side of the mountain on Mars. It's absolutely got similar looks just like tge other UFO image just above this one. 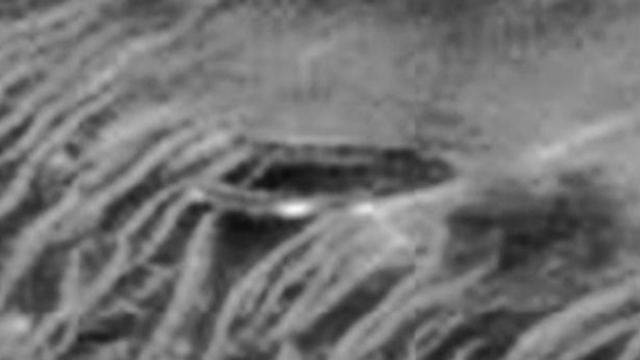 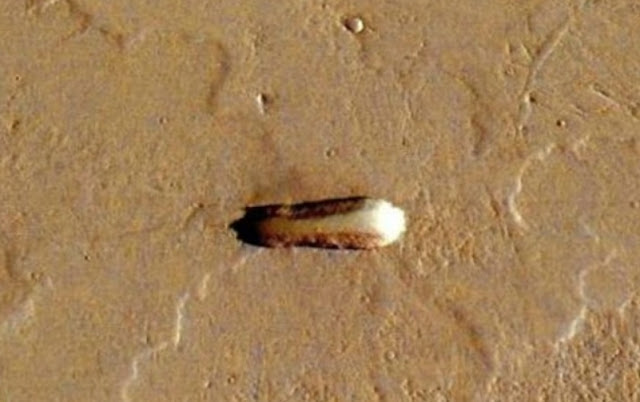 I love bringing this stuff to your attention because it's eye opening, it's standing up and taking notice of what's going on in the "universe" and not just on the Earth. Humans have been leaving this planet for a long time now. We're actually way more established in space than the powers that be would have us know or believe!

If you read about people saying that the UFOs people are filming doesn't always mean that they are Alien UFOs. Usually what they mean is that humans are way more advanced than you might know or give us credit for.

Humans regularly leave Earth in crafts that would definitely look Alien to most people that see them from a distance or close up. But, that's just it, these so-called UFOs are actually human made, they were created by humans and we're in space, on Mars, we most certainly have a presence on the dark side of the Moon, inside the Moon and have gone a lot further into deep space than "most people on this planet know about".

Supplies regularly get sent way out into deep space, nothing ever comes back though, ie empty containers, out of date technology, upgraded mechanical equipment etc. Be honest, when was the last time anything was brought back to Earth... But yet, they have all the latest equipment on board the ISS "just as an instance".

I'm getting way off track, This Mars spaceship has equal sides, uniform angles, gradual gradient from the back to the front of the craft. The sides have the same shape to them and if you was to cut along the middle of the craft and take half away, put a mirror against it, it would look exactly the same way as it does normally.

Natural rock formations do not do that or look anything like that! This is 1.3 miles long and that thing could be millions of years old. Is there still usable technology inside of it? Can we even get inside of it? Has the Mars Rovers been near this? Is there a way to get inside of it?

Is it stuff like this spaceship the reason why there's a mad dash for the red planet? There seems to be a highly charged focus on Mars right now in 2021, the top technology inventors, the top technology enthusiasts and the technology of tomorrow makers all seem to be pushing for a colony or an outpost (at the least) to be created on Mars.

Why is that? It can't be to be the first to have a colony in space otherwise they would just put one on the Moon, right? It's closer than Mars, the gravity is a lot easier to work with on the Moon. In fact, everything about the Moon would be a better option. So why not put a stepping stone so-to-speak on the Moon and form a refuelling Station first?

Is there something that we don't know about Mars? Like for instance if there was some verified spaceship on Mars just waiting for the right person to come along and plunder the living daylights out of it! That might have already been done and there's actually more crafts on Mars than you can shake a stick at - all confirmed by the Mars Orbiter and detailed by the Mars Rovers...

It's a strange place that we live in so forgive me for having a bloody strange imagination! Unless like me, I just say what I see and I join the dots because one thing that I have not done guys, I have not made anything up. Everything I've wrote in this post is all the truth. There's not one lie.

Which makes it all the more stranger than ever!

Paranormal Crucible is always discovering and bringing us great UFO videos. Check them out whenever you get a chance to.

Here's the full video of the Mars spaceship which is just sat out in the Sun on the surface of Mars for all to see:

You've got to admit that I bring up some good questions, I understand if you don't agree with me but that's cool. Variety is brilliant, it's what gets results in terms of broadening the options as to what this anomaly actually is. Please post your comments on this and if you can share this post with your friends I'd really appreciate it, cheers.