White UFO Disk The Size of A 747 Over Dubai

UFO the size of a 747 was caught on film flying over a Dubai beach called Ja. It looks like a very convincing UFO video to me. What do you think?

The best UFO proof is the one that really speaks to you which is just like what this one is doing.

People can bang on about this and that or look at the design, have you seen the colour it's exactly what you'd expect it UFO to look like.

UFO Caught on Camera The Size of a Commercial Jet

Depending on what parts of the world you come from will definitely depend on what your thought's are about UFOs. 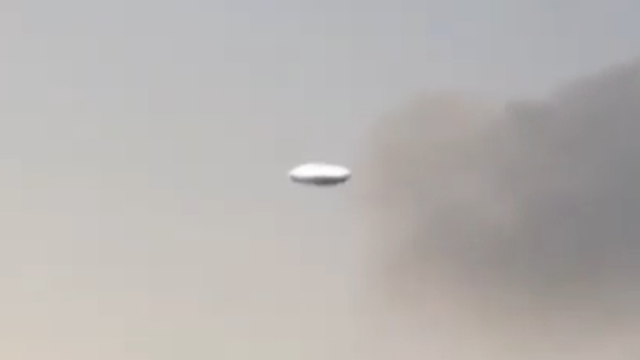 It's easier to be open minded and open yo any possible UFO being real. The video is definitely real looking and I can't find anything in the video that would suggest that it's a hoax. Why would people go out of their way to fake a UFO video? I can't see them making any impact in any way, shape or form, can you?

Anyways, it's a UFO the size of a 747 and it's over Dubai. It's been in the local media and international media outlets. It caused quite a stir when it was first released by a one "Jovic Alamon" which is the name credited in the Express video. Here's the link to that post where you can see the video.

The bizarre footage was originally uploaded to YouTube by the UFO & Alien Santana channel, apparently shot by the wife of eyewitness Jovic Alamons.

Enjoy the video because it's an absolute brilliant UFO video if you ask me!

JOVIC ALAMONS WIFE CAPTURED THIS FOOTAGE ON JA BEACH IN DUBAI 8-25-2020. DO YOU THINK THIS IS REAL OR FAKE? DONT FORGET TO SUBSCRIBE, LIKE, SHARE AND LEAVE A COMMENT. THANKYOU ALL AND GOD BLESS YOU.