UFO Caught on Camera Passing By The Moon

When anyone can catch a UFO on an over the counter camera, you know that UFO sighting's are going to go up. Here's a great example of just that.

Here's a spectacular Moon UFO sighting caught by an avid camera enthusiast based in Ankara.

This is just a normal member of the public like me and you with a crazy good "over the counter camera" (see his YouTube profile for the pic) and he's able to catch Extraterrestrial evidence with it. It's a bombshell UFO incident caught in real time passing by the Moon. 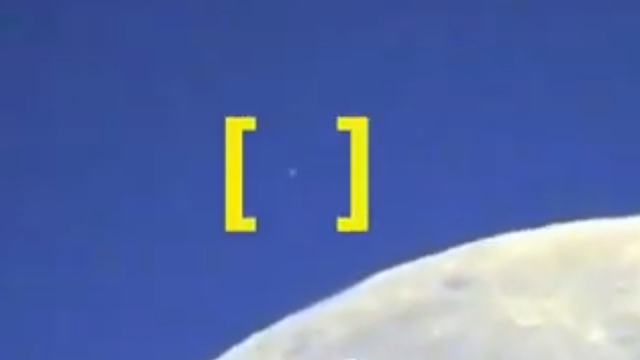 Credit: Tolga Yazıcıer YouTube video/UFO Sightings Footage/UFO News/Canva.
And if like me, you've got some knowledge about Moon anomalies and UFO activity then it's only a matter of time before "something" I say that loosely because because it can be anything from one or 2 UFOs to literally hundreds passing between the International Space Station and the Moon.
I've written many post's on the incidents that continuously seem to happen on and around Moon. I'm talking about Motherships that look real, triangle shape UFOs and Orbs. Orbs passing by the Moon are by far the most abundant and common UFOs in space!
I can't talk for Martians but (lol) but these Orbs I actually traced back to an event that took place at the ISS (International Space Station) or rather just next to it. 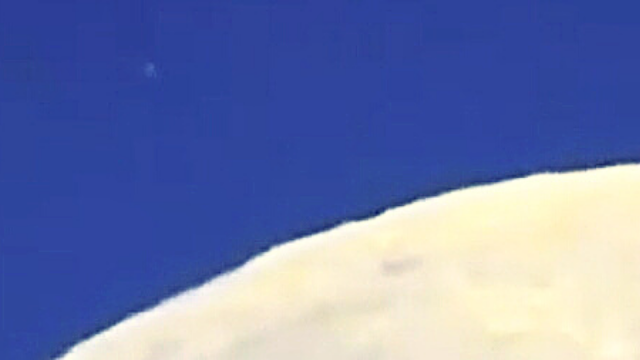 Credit: Tolga Yazıcıer YouTube video/UFO Sightings Footage/UFO News/Canva.
The UFO in this video comes into view at 1:00 into the video (if you want to skip to it) from the top of the screen and it's travelling extremely fast. I'm talking thousands of miles an hour because it's so close to the Moon and the distance it travels till it's literally out of sight but because it's gone behind the Earth's atmosphere vanishing point. That means it's travelling so fast!
Related post
2 UFOs around Area 51 Actually on Google Earth
The one question I'm alway's asked about is why are these UFOs here but never introduce themselves? That's a valid point and the answer I always say is that they're here to observe and because of the vast distances these Orbs survey and fill up on data, they go out into space past the Moon and send their gathered data package and come back to Earth and repeat the cycle.
Human beings have captured a few of these state of the art, unbelievable technological marvels of the universe in the distant past and in recent times.
Please check out the post's I have written here.
Humans by the way have done the exact same thing with surveillance gathering drones and in space. Can you remember the satellite called Voyager, it was launched in 1977? It's been 44 years and 6 days since it was launched and this has been doing the exact same thing as what Extraterrestrial entities are doing with their interpretation of an information gathering craft. The only thing that's different about our Voyager and these Orbs gathering information is the shape, colour, size and other than that they could be brothers from the same mission!

The Voyager and the UFO Orbs admitted to by the US Government makes me believe that they could be brother's, a brother from another mother, so-to-speak.
Lee Lewis UFO Sightings Footage.

Both Voyager 1 and Voyager 2 have both reached Interstellar space and both continue on their journey's. NASA- JPL-Caltech.
Here's the only UFO description, quote:

The above information is the only details I can find for this UFO sighting as it's literally the description text and title from the YouTube video but it's still just as good without what the eye witness ate for lunch, because we've got all the information that is needed anyway? Unless we want to know how the eye witness travelled to the place where he took the video and stuff like that then we've got all the basic and most import info.
Here's the awesome UFO YouTube video, enjoy:
Please share your thought's with us, if you've caught any UFOs on your expensive camera or normal camera come to think of it, and you want people to see it then send it in I'd be happy to check it out. Add as much information as you can or just the basics, it's the actual UFO event that people want to see.
Of course you can remain anonymous because I understand that it could potentially become an embarrassing situation especially if the people around you aren't open to UFOs or don't like UFOs and aren't aware that 2019 UFO disclosure actually happened. Lot's of people don't understand or want to understand or even realise that the United States Government declared that UAPs exist and that Extraterrestrials can't be ruled out.
But hey, maybe one day everyone will one day become aware that UFO disclosure has happened and has been acknowledged by the Government and DoD, plus the US Navy.
Credit: Tolga Yazıcıer YouTube video/UFO Sightings Footage/UFO News/Canva.