This is a spectacular fleet of UFO Orbs Over Miami. The Orbs are moving together and it's been filmed by a very shocked person. The UFO Orbs exist.

Seriously have we been invaded by Aliens without even knowing about it because these UFO Orbs are literally everywhere.

Check out this post because it's got loads of Orbs in the video which was shocking to say the least. Because these Orbs are everywhere at the moment, they're coming in thick and fast from all the four corners of the Earth. 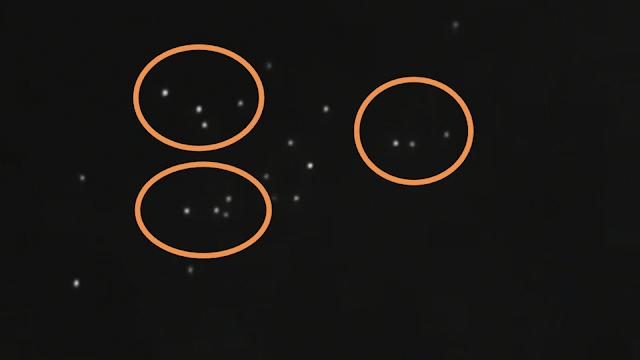 They usually get filmed individually like this one here but every now and then they will be recorded in large formations which sees them glowing, pulsating, changing colour and flying erratic pulling off turns that can't be explained.

The guy filming this UFO cluster on 9th July 2021 is really shocked and asking the question "is anyone else watching this right now"? Miami is a spectacular UFO hot spot because some reason we've seen UFO after UFO filmed there - UFOs of all different sorts. 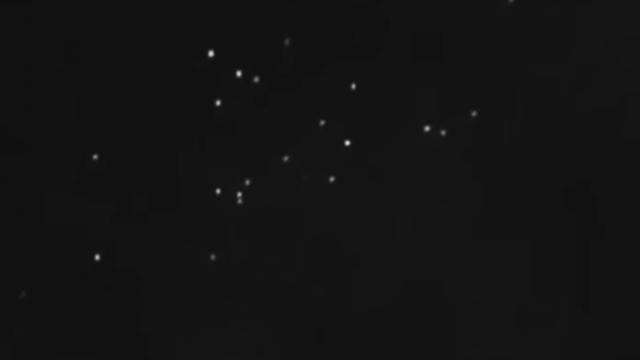 His best reaction is "what the hell is going on here" and I can totally understand why he's saying it because there's so many in the night sky that it's got to be either scary, ominous or unnerving and thrilling all at once! Plus you somehow have to explain what you think your seeing and that always comes out as gobbled garbage words.

I can't tell how many UFOs there are but there's a lot. These are moving generally in one direction but there's no rhythm or reason to the speed or slowing down, overtaking and I'm sure they're at different heights but not far away from each other.

That tells me that these are under intelligent control. It tells me that something else is going on in this world that you and me aren't aware of? Maybe 99.9% of the population isn't aware of the full reason why they're here. Mu h of the world is aware of UFO Orbs and have seen many UFO Orb videos but nobody really knows why they are here!

I'd like to know for sure why these are here, in every country and on every continent. They also have been filmed in space and a lot have been filmed passing the ISS. Check out my blog post's for a long list of UFOs with Orbs in there as well. I've been writing on UFO Orbs for a long time.

Orbs are a phenomenon all to themselves and I fully believe that it's these that are watching mankind.

You know, just like we do the exact same thing on Mars and have sent out Satellites like the Voyager and other satellites to survey and send the information back to us. So to say the Alien UFOs aren't spying on us, it's a bit short sighted because we do it only we do it to full planet's.