This UFO is travelling so fast and keeps up with the ISS. NASA keeps filming it following them before it disappears. It's going 7.8 km in space.

NASA technicians are definitely aware of the UFO following the ISS at 7.8 kilometres per second and reference the craft by giving it's coordinates in real time.


But the rational thinking stops right there and for a valid reason. It's a UFO until we know for definite what it is and who owns it, let's just keep that in mind. 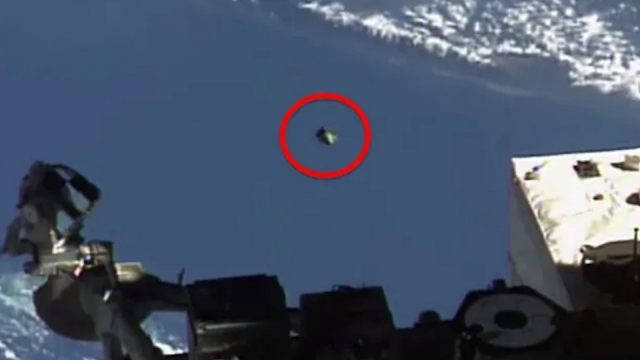 Credit: NASA/Metro/UFO Sightings Daily/UFO Sightings Footage/UFO News/Canva.
I'm no genius (believe me) but there's something very interesting, very strange and something that goes against it been a man made secret craft. If it's a "top secret spacecraft" why is NASA filming it on Live TV.
*****
Quote:
The object appears to keep pace with the ISS (YouTube/ET Data Base).
Express writes:
During the feed, they mention coordinates, and that could be secret code as to the location of the object. They don’t want to be too obvious.’
Describing the footage, Waring added: ‘It looks like its in a cone-shaped. I’ve never seen a module in this shape.
*****
Does that strike you as odd? That nobody sends NASA a memo about operations in space operated by the military and being so close to the ISS - or is this a famous case of agencies not talking to each other.
I mean it's space right, I've always thought that it's NASA’s backyard, that it's their property pretty much all day, everyday?

I'm still trying to understand what this is and what makes sense should not make sense;


That's the most confusing thing ever seen, in the history of cover ups and top secrecy - bar none!


So, we know for a definite that NASA is aware of it and they're talking about it and to boot they even zoom in on the craft and follow it around with their camera. We must be missing some information on this somewhere right? NASA can't be that blatant surely?
Related post
UFO filmed over Groom Lake Area 51 in Nevada
I'm of the sure opinion that it's human made and it's probably a top secret spacecraft from a branch of the armed forces. Which one is pure speculation because all the armed forces have been known to branch out into each of the other branches like the Navy has Jets, the Army has boats and to be honest with you it's all intertwined.
But it's live TV why would NASA ambush a top secret spaceship owned and operated by another rival Government agency? Maybe it's not what we're seeing and what is happening is all planned ahead of time because that looks like a near miss in terms of how close it is to the ISS.

That's if it's man made and that's if it's top secret, also that's if NASA even knows about it. There's a lot of "what if's" but that's definitely a craft of some sort and it's extremely fast! It's very, very fast.

The only confusion I have with this is why NASA is taking photos, taking videos and zooming in, on to a potentially top secret military spacecraft? That bit makes no sense to me, but it does make sense if it's an unknown craft and NASA’s totally unaware of it and are being curious.

Have a look at the video with the sound off, then with the sound on. It's a really good way to get the most information out of a video with only thoughts for company. Believe me, you will see it differently in both versions but that's good because it's answers that we're trying to get.

Here's the full video of the silver coned shaped UFO as narrated by Scott Waring of ET Database and UFO Sightings Daily:


Please help and share your thoughts on the UFO, give us your thoughts any UFO come to think about it. Also please share it with your friends and family, let's hope that we can solve this or discover something that has now been figured out and accepted as the truth, but only if it's backed up with hard evidence otherwise it's opinions and speculation, cheers. 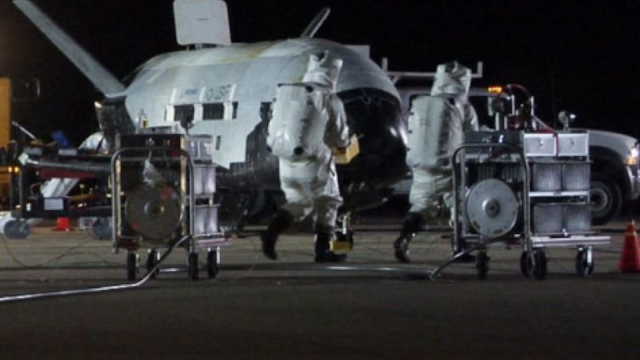