In 2013 an Alien looking creature was filmed swimming far down. It looks like it's trying to communicate with the people who are filming it.

This is a spectacular sea creature, in fact that's an understatement but I'm honestly not quite sure what to make of this "brilliant underwater footage" as it's one of the best Alien sea creature's I've ever seen. 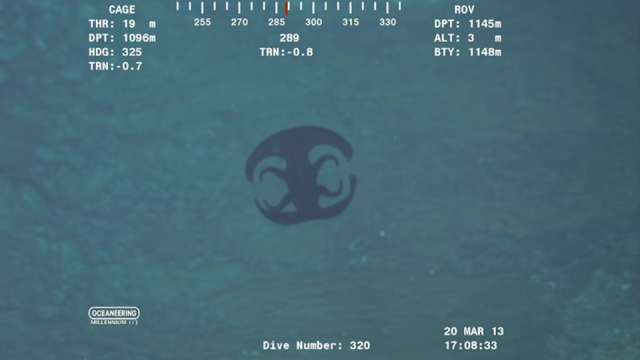 The Alien looking sea creature is a Jellyfish type of animal? I've never seen anything like this crazy looking Alien. It's as if it's aware it's been recorded? 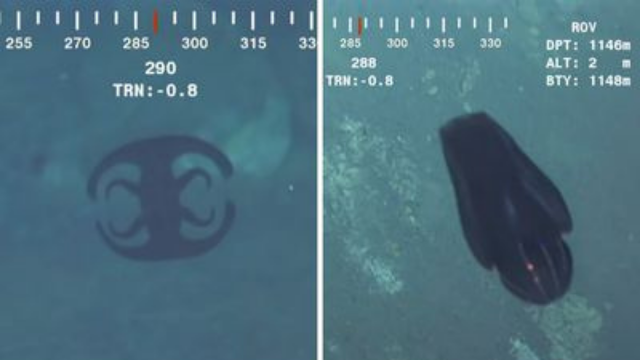 Quote:
The remote-controlled vehicle filmed an unusual creature at a depth of 3,753 ft (1,148 m) in the immediate vicinity to a drill wellhead in 2013. The strange shape of the animal has made many online users think it is an extraterrestrial being. The authors of the video also wrote that all the scenes were authentic, and the video has not been altered. The entire scene was observed live from the east coast of Africa.

You've more than likely seen this video before but thought it was a fake or camera trickery like CGI or some other video editing software? But It's absolutely 100 percent real! Let's try to understand it and what do we make of this brilliant sea creature showing off it's epic skill? It's a very intricate way to introduce yourself if it's an Alien creature don't you think? Unless it's been waiting for us to contact it, instead of it being the one to contact us then it's made one hell of a first impression!

I just hope that someone is cracking the "elaborate language puzzle" that this sea creature has put on display for us? Because like sign language, specific symbols and specific shapes can be used by anyone +used to tell stories to intelligence has a way of

Based on that, I absolutely have to create a post to write about the little critter and express my own views about it. It's plain to see anfintelligent enough to ut on a show, it's intelligent enough to understand that we'd be able to understand it. Does it honestly think that we're going to create shapes back to it and maybe have a full blown conversation with it? Imagine that, imagine if you will ďthat's why

What's this creature doing, is it truly trying to communicate with the person who is filming the thing? Because if you was to say that to me I'd believe it. I mean, look at it creating extremely complex shapes! There's no other sea creature (except the Octopus maybe) that can create the shapes like this with it's entire body?