It's Back | Cigar Shape UFO is Back After Nearly a Decade

This Cigar shaped UFO was filmed in 2020. The UFO changes colours from green to red and silver itself. There's no light's so the surface changes.

This UFO video below is from 2020 but in 2013 I posted about this same looking Cigar shaped UFO that was caught on camera flying over Russia.

Here's the very same looking UFO (not necessarily the exact same one) and this one was flying over Manchester in a place called Denton nearly a decade later. Guy's this is absolutely fantastic because as I said before in 2013 - we might have a real UFO, if it is real then we've got a fleet of these on our hands like a specific design "and" with at least 2 in the fleet that we know of. 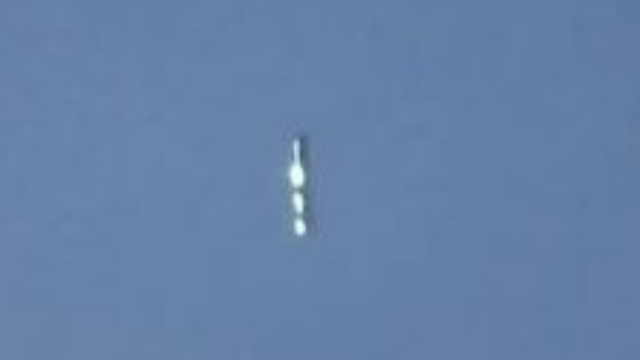 It's a strange kind of thing to say the least because It turns green, then red and blue. It's original colour looks to be a metallic silver. It must be changing the colour of it's outer material/surface because it doesn't look like there's actual light's in a traditional human, Earth sense of lights. Just on that alone, we all know that metal surfaces do not change colour! Yet there it is, changing before our very eye's.

Similar Cigar Shaped UFO Over Idaho in The US

Is this UFO really trying to communicate with us, you do know that we can't rule it out here don't you? We don't have anything such as this type of craft so trying to understand it would more than likely entail having to create some sort of software that can analyse the video and look for any repeated similarities and consistencies in speed, sequences and coincidences etc which points to unnatural repeating that has messages in them. 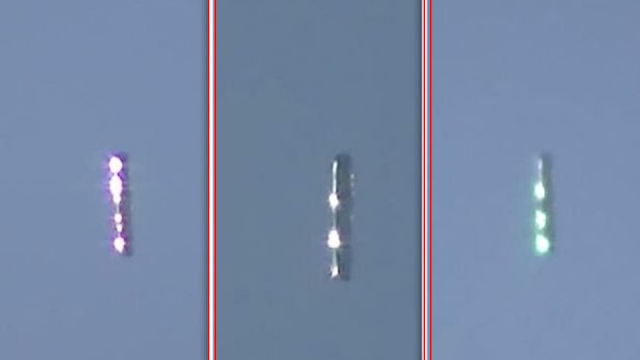 Why else do we see the UFO change colours in such a bizarre way? I don't think it's doing it for it's health do you? What's behind the colour sequences or time between the next light display? I've just mentioned that it's different because it's not human technology but did you know that humans have used this kind of communication in the past from one person to another ie flags, traffic lights, trains, planes and automobiles.

Extraterrestrials might of surveyed us with lot's of surveillance drones (Orbs, UFOs, Disks and Saucers) for a long time and may of learned that we use colours to communicate so they are using the same technique to make us understand them or just to get our attention.

It just needs someone or something to capture and decipher the way the UFO is giving us a light show.

Here's the link to the other 2013 Cigar shaped UFO that I wrote about and posted to my blog about. Please share this post with your friends and family and let's get some information flowing, cheers.