Military Unit Recovering A Silver UAP With Vehicles in Siberia

This is the moment a military looking unit recovers a silver UFO in Siberia and is filmed by a witness. History needs evidence like this UFO video.

I believe that this is real (why not, it looks so real) and that these people actually did recover this silver Disk UFO.

Russia and Siberia has so much unforgiving and desolate landscapes in acres that I can't even imagine, it's so vast and empty there's a really good chance that anything is going on there and it won't be heard.

It won't be seen or discovered, heard or talked about or anything else that might give it away? Seriously guy's take a look at the video below and you'll see what I mean - just because the landscape is a barren and looks like an uninviting tundra of ice and sideways snow that doesn't mean Aliens won't find it perfect.

It's the perfect place for Extraterrestrials and top secret military bases.

Real UFOs caught on camera at the ISS in formation

It's a large silver metallic looking disk with a shiny reflection and I'd say it's 3 and a half foot in height. It also seems heavy because in the video we can see what, 4 maybe 5 people trying to lift it? It looks like it's a mixture of scientists (all in white) and either military personnel or the legendary "Men in Black" and as you may know, the MIB are not just a USA thing, they apparently exist in all countries. Or at least as far as we all know they do?

There are cars, many people, there's a definite cameraman filming the whole process from a different perspective altogether as he's running to the scene amid dreadful weather conditions. It looks like rain or snow and the wind is so strong, I don't think that this is been faked do you.

I also believe that one half are definitely scientists because they are all wearing white boots, I know it sounds bizarre to put belief in white boots but don't forget this is Siberia and if these people have gone to the lengths of hoaxing this, we'd more than likely be able to see some cracks in the performance or in the wardrobe department at least. 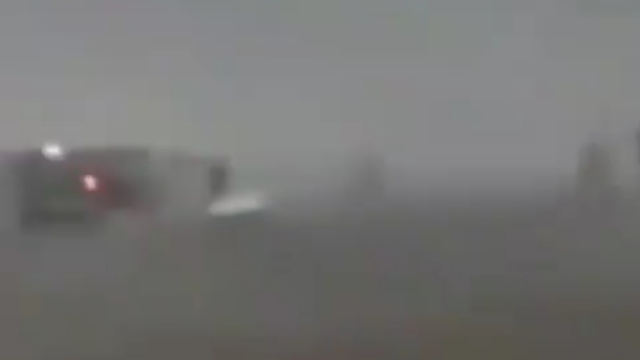 But right down to the scientist's colour of their boot's all been the exact same tells me that either the budget was big or that they planned this hoax meticulously and with it been in Siberia, I just don't buy it. We'd definitely be able to see sloppiness in the making of the video if it was a hoax.

Listen, I could be so wrong that it's laughable but because we don't have all the full details and the full facts, I honestly think that we should keep an open mind and while speculation is good, it's still only speculation. I'm going with it been real and until it's been scientifically debunked I have my answer.

I remember another UFO sighting where someone commented on it to me and said that "it's already been debunked" because someone had owned up to faking it. 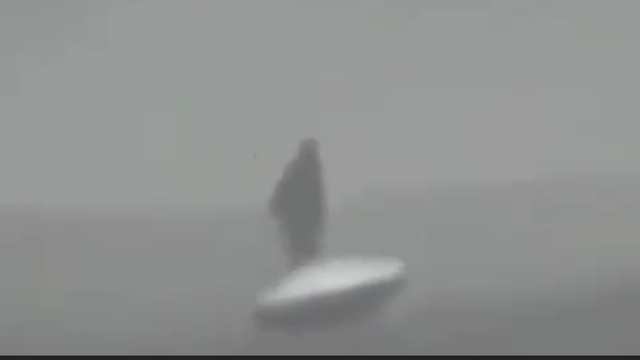 I mentioned back to him, just because someone "anyone" had admitted to faking it, that doesn't mean that it's a fake. Because anyone can say that they faked it. See, it's because it's what he wanted to hear so he latched onto it and promoted it as a fact.

Back to the UFO:

I think we've actually seen it before you know. The UAP videos had exactly the same size and shape UFOs in them videos. I've noticed a huge progression in this type of UFO activity. They seem to be everywhere in the world and everyone and their friends are filming them. They all seem to stem from the ISS when a huge and I mean a lot of UFO Orbs in the clearest footage I've seen, went by the ISS on mass!

Okay, this is a perfect case of connecting the dot's ie the UAP crafts looks exactly like the one in this very video.

But I think this video is about 15 or 20 years "plus" old, it might even be from 1994.? If we go back into the Ufology past we can match up the shape and size of the UAP's to the other UFOs that have been filmed from eye witnesses.

Because the UFO phenomenon has been verified now by the US Navy on behalf of the US Government, we can literally put together a timeline of the UAP's to show when they started to become more in numbers.

There's probably a lot more that we can gather from the timelines of the UAP Orb type, Tic Tac, UFOs. Personally I think there's a definite link between the UFO Orbs and the Tic Tac Pill Shaped UFOs. I believe that they came here in a massive formation of hundreds if not thousands of them.

Was it an Alien species from a far off distant planet releasing huge swathes of the UAP UFOs in a general direction or was it in a specific direction? We already know that satellites can and do work together as one, they can communicate with each other because of the Tesla Starlink program which has a huge amount of satellites in formation around the world at I believe 100 yard intervals?

Can you remember seeing the long line of dot's, white lights in space following each other? So many people reported these as UFO sightings and was prepared to defend their UFO sighting, and some really did believe that they had seen a bunch of UFOs in a line. So in fact we're already up to the stage of being able to send large amounts of satellites/UFOs off into space.

If we're at that stage of been able to do that now, imagine what an Alien race could do with a head start on us regarding technology? And I thoroughly believe that these UAP's are from these huge UFO Orb formations that have been filmed from the ISS and by individuals right around the world. Check out this ISS UFO Orbs video, there's to many to count.