This UFO is a very real looking and it's absolutely stunning to behold because we could be looking at history in the making. Santa Lucia Airport UFO.

This Airport is actually a military base, it's probably because of this reason why it was chosen to be the airport to bring the President of Mexico to.

The eye witness was watching because it was bringing in the President, but he soon noticed a black type of UFO in the shape of a Cigar or Disk looking sideways from the side - it was more than likely a Disk type of UFO in my own view?

The airport is definitely a military airport because I've just looked it up, there's a civilian airport to. Here's the link to Wikipedia. I wanted to know if it was a military airport as that tells me it should of been protected by the military? That tells me this should be recorded on something like radar or cctv at the least. 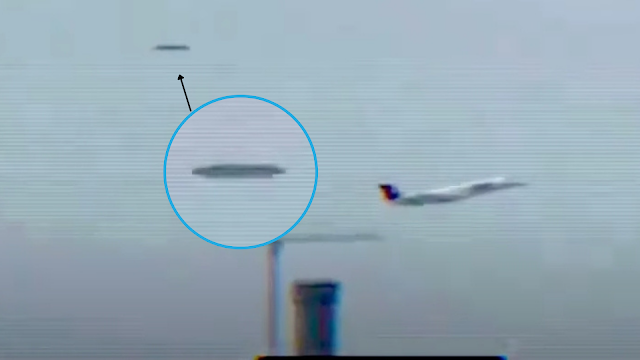 The Mexican Air Force was flying in the President of Mexico, Andres Obrador. But later in the ceremony, a non-military plane (white) was seen taking off from the runway. As this plane rose higher and higher upon takeoff, a black disk could be seen hovering in place in the background beyond the unfinished control tower.

Here's the image of that black Disk: 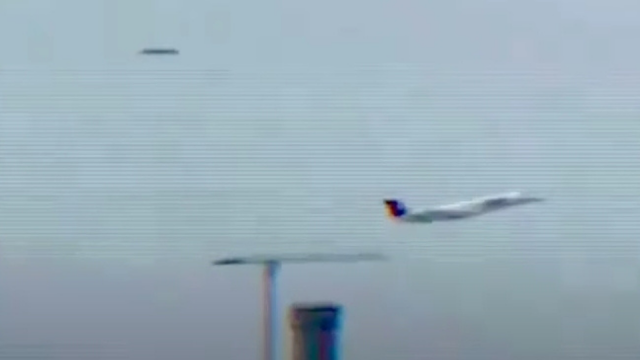 Either way it's a genuine real UFO sighting but because the airport "was" a military base and the president of Mexico was being flown in, it changes this to a possible security breach of the highest level in Mexico. Was the UFO tasked with surveillance or was it another unknown nefarious task but rumbled at the last minute? We might never know.

This unknown aerial craft was on Mexico live TV, someone could of been watching the live TV at the airport in the security station and put a plan in place? It's human nature to put the TV on if your in a building that is been shown on TV, it's an innate curiosity to see it - it just is. And, maybe it was this innate need to check it out that brought it to the attention of the relevant security?

Big speculation but it's all based on common sense, it was definitely on Live TV, the UFO was definitely there, it was seen hovering and it was huge! By my estimates I'd say it's at least 4 feet across and 2 feet high. It's a monster of a UFO "in broad daylight" for all to see. It wasn't hiding itself, it was lower than other UFOs seen at similar airport's which leads me think that it needed to be close to the aircraft?

Why else would it be so close, seen in daylight, caught on Live TV, possibly it's been followed by US satellites and now it's (the UFO's) whereabouts is more than likely known? It was only a few months ago that this happened in February 2021 so there's a good chance that all the Satellites facing down towards Earth can rewind and see where it came from!

What, you really didn't know that cameras are continuesly recording all looking down at Earth? You better believe that it's possible to rewind the tapes and see where it came from? North Korea has known about this Western ability for decades, they took measures to combat this and now it's possible to go from Pyongyang to China underground in tunnels hidden from satellites without going above ground. North Korea is riddled with interconnected and interconnecting tunnels, many underground bases, rumours of underground cities and even resorts, hospitals, cinemas, acres of wheat grown with l.e.d's and it was all apparently done with the reported innocent people in the re-education camps. 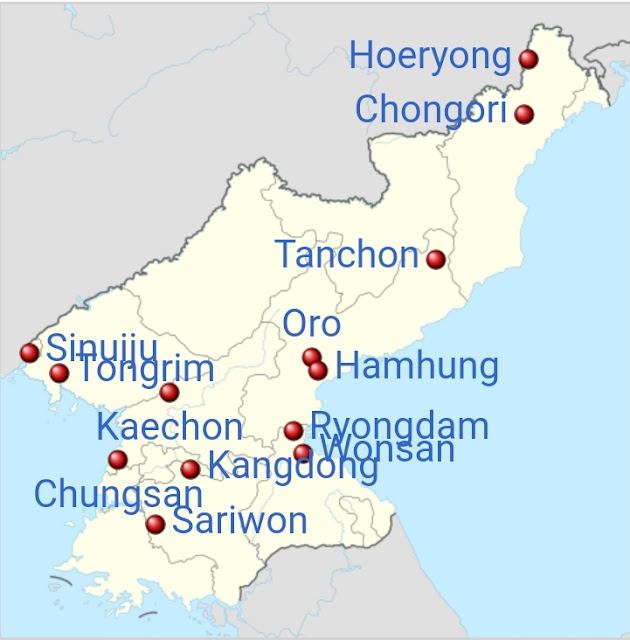 The point of this information here, is to show you that it's possible to rewind the camera footage from the ISS, also the satellites and top secret satellites which are all filming in most (if not all) filters ie Forward Looking Infrared cameras (Flir), whican be taken back to a point in time and seen.

In the above re-education camp's image, coincidentally the major tunnels leading out of North Korea going into China go right near to them. The tunnels don't go anywhere near the middle of North Korea which I think is because they wanted the tunnels deliberately near the sea?

The Cigar UFO seems to be hidden in plain sight strolling around so-to-speak with impunity and it's not being challenged by anything such as a Jet, missile or whatever else can or could challenge it.

But just know that this is a UFO similar to the UAP crafts. It's written down as being black but I can't tell, it could be a silver metallic looking UFO instead.

Here's the full video by the eye witness: