Seriously guy's I'm super happy about how this post has turned out. It's got so many unbelievable and mind blowing UFOs and Alien structures on Mars.

I'm totally shocked because nobody is covering this and if an "amateur Mars anomaly sleuth" can find all this evidence on Aliens, then imagine what CNN or Fox, NBC etc could find.

This video is a fair representation of what is actually out there in space. Aliens have been filmed everywhere, on the Moon on Ceres, UAP's have been admitted to and then there's the UFO sighting's that you have personally seen. All of this is supposedly nothing. According to NASA there's no evidence that suggests Extraterrestrials exist... Remember, that means that every single person is wrong, every UFO sighting is mistaken, and the UAP's that the Air Force pilot's "filmed" is not UFOs and they're not Aliens. This is the NASA stance, it's their position and they will not accept anything else entirely.
With their (NASA) obvious cover ups in mind, check this out. 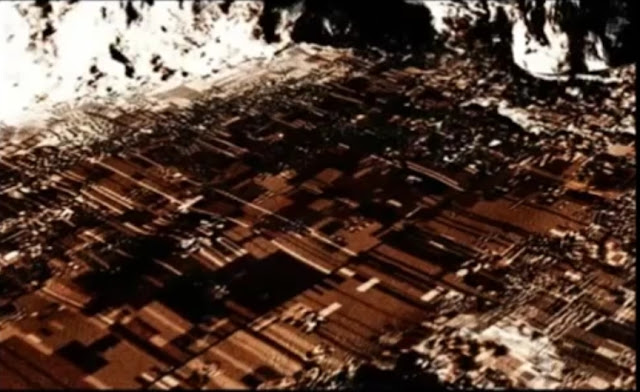 Credit: NASA/Google Earth and Google Mars/Susan Duclos YouTube video/UFO Sightings Footage/UFO News/Canva.
Even though the video goes through the Google Mars images, I've taken some screenshots of the most amazing features and structures from there and I've added them to this post. I'm pointing out the most important ones that I believe that when Alien disclosure happens people will look back (like this post - hi future) and will ask the questions "why didn't people see the evidence before them and ask questions?"

Also why did they ignore the most blatant evidence that there possibly could be?

Below is what people decided to call the Face of Mars. This one photo, shows the advanced and obviously intelligent being's capabilities and this is a huge carving of a head. 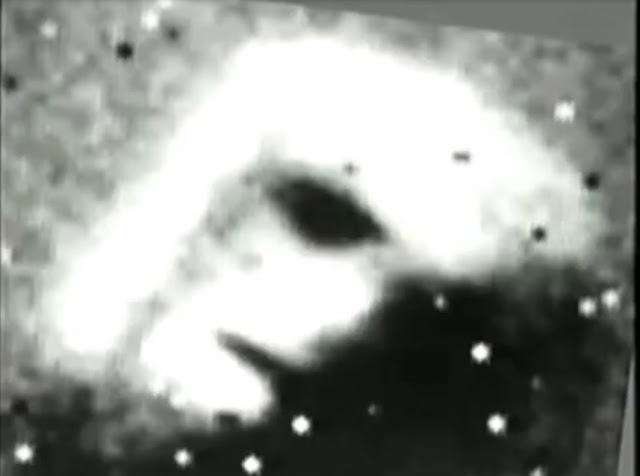 Below is a mountain top with obvious structural designs to the layout. 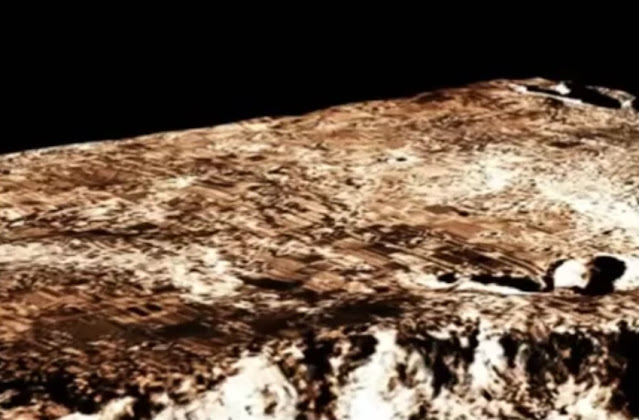 Below is building with a familiar structure layout. 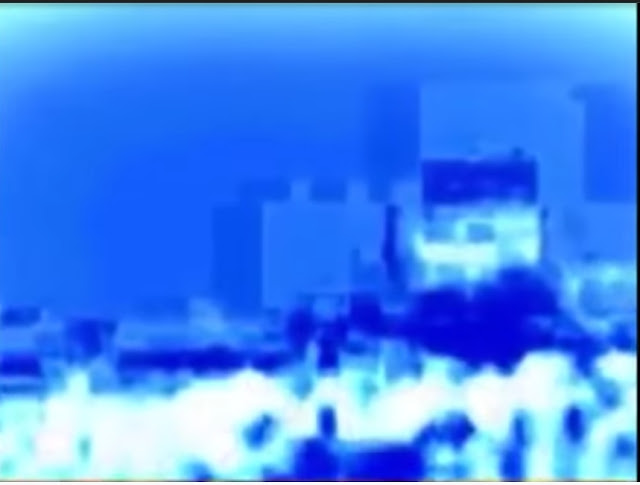 Below is a real Pyramid that has been found to be on Mars. 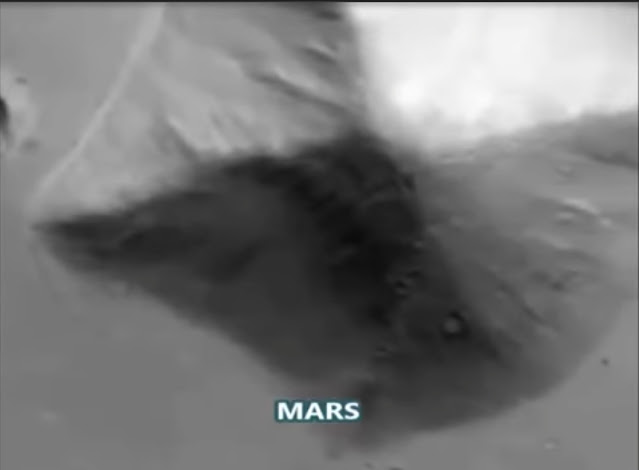 Credit for all images: NASA/Google Earth and Google Mars/Susan Duclos YouTube video/UFO Sightings Footage/UFO News/Canva.
It's there, the full picture is definitely there, you just need to follow the breadcrumbs and if you can't do it then you can just check out the links, the images and learn from this and other UFO researchers.
Related post
Silver Flying Saucers Parked on Mountain Ridge in Mars High Resolution Public Image
I honestly can't stress to you enough guy's, please go and check out this NASA photo in Gigapan. It's a large high resolution image of the clearest UFO ever recorded on Mars but when you find the Silver metallic UFO just laying on the edge of the mountain on Mars - I promise you that seeing the windows, and the frame around the windows that it will blow your mind - that shape does not belong there. Once you see it in the NASA archives omg you'll become a believer! 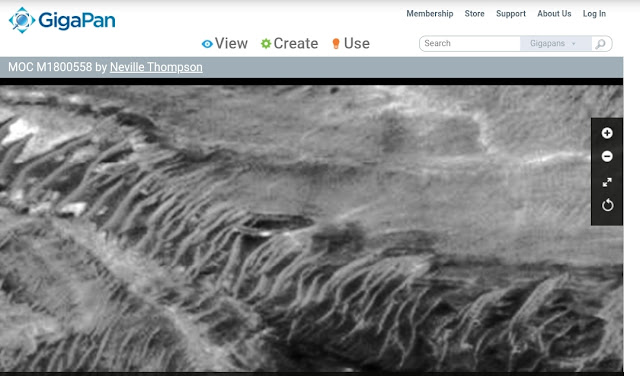 Look at it, it's an Alien craft because it's not ours! It's totally insane, wow! We're definitely not alone and now we know for a fact. I can see the wrap around windows on the craft, it's mind blowing.
Image Gigapan link:
It's definitely newsworthy but it's also weighed up against what the politicians will with old from future interviews, and what else the journalists will be cut off from if they run this kind of story. You've probably heard of journalists sitting on scoops or deferment of running stories because someone high up at say the White House asked the journalist not to run something or give them time to get their story straight and if they do this, they'll give the journalists more info in other areas or something else entirely different but just as big of a scoop?
Related post
Mars Has a Huge Secret
https://www.ufosightingsfootage.uk/2021/04/alien-spacecraft-was-found-on-mars.html
Believe me guy's, this really does happen and it's not just Hollywood that does this kind of collusion! It's the real world, this is Mars and it's got Extraterrestrial structures and building's plus Tesla CEO Elon Musk wants to colonise it, NASA wants to colonise it. It's full of conspiracies but mainstream media ie journalism and following the evidence does not enter into the picture when it comes to Aliens. It's seen as fringe society and a load of opinions based on grainy images made by someone.

Credit: NASA/Google Earth and Google Mars/Susan Duclos YouTube video/UFO Sightings Footage/UFO News/Canva.
So I do get it, to a point but then it just starts to stink of cover up's. Take this for starters, a definite cover up: 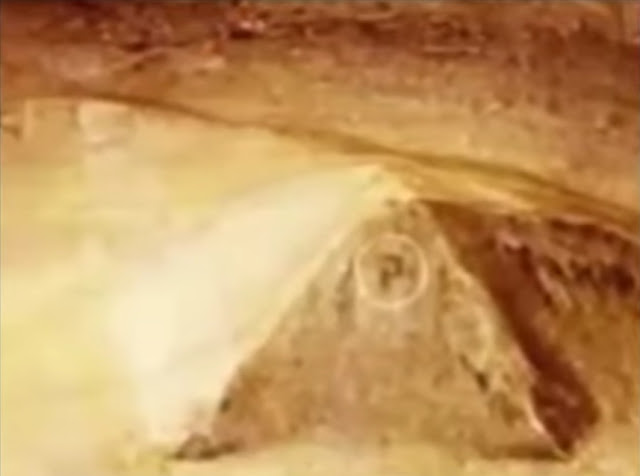 Credit: NASA/Google Earth and Google Mars/Susan Duclos YouTube video/UFO Sightings Footage/UFO News/Canva.
Oh trust me, I genuinely believe that there's no way it's a fake or has been tampered with and added into the Google servers. The only people who've had a chance to change anything or actually add anything into the finished official Google Earth software don't even have access to the Google Mars finished 3D renderings. This is my understanding of how it works, which then go live so that anyone in the public can access the sites information.
This is the full description from the YouTube video:

This video is of REAL google mars pictures. This is NOT a joke. Anyone can download google earth and click on the Mars feature. It is tampered with by the government. They blur out the surface. If you use a high contrast and resolution, take out the strong colors that hide the objects on the surface you will see entire cities and a huge civilization comparable to Earth. Do they know about us? Well we now know about them. Get the word out!

I have always been fascinated with Mars and anything else that has had multiple conspiracy theories crop up time and time again about Aliens. Mars is a spectacular planet with 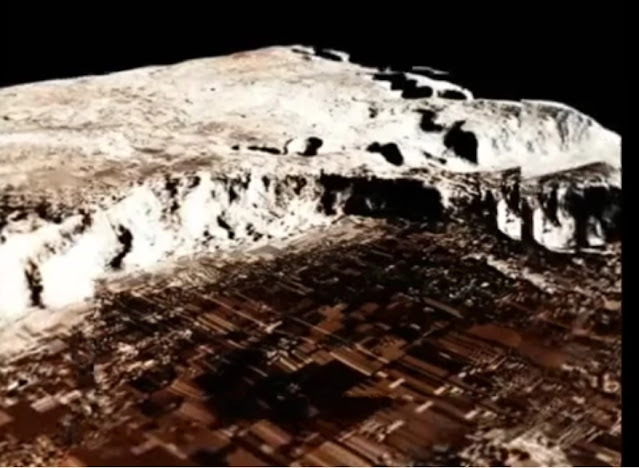 Credit: NASA/Google Earth and Google Mars/Susan Duclos YouTube video/UFO Sightings Footage/UFO News/Canva.
It's a strange kind of thing seeing a city emerge from nothing but changing the contrast and filters in a standard image editor. Okay I understand that some people will say this is adding or introducing stuff into the images but it's actually not! It's taking away and bringing out what is already there.
It's up to you to understand what you want to and it's up to you to believe in whatever you want to. I believe having as much information as possible as to help you (and me) make a far better judgement call on it. Mars Aliens exist.
Here's the full YouTube video:
Please can you share your thoughts on this awesome Mars conspiracy theory. Also please share this post, I'd really appreciate it if you could, cheers.
Credit: