These 2 UFO sightings are probably one and the same UFO? But they were filmed 9 years apart. Of course it's only myself that has figured this out.

You should know me by now guy's, I like to say what I feel and there's no limit to what I'll say in order to defend a genuine UFO sighting but it also works in the other direction!

This unusual looking UFO was filmed by 2 over London on the 25th May 2012. The second UFO that looks exactly the same as the first UFO which was actually filmed just a couple of months ago on the 31st May, 2021 which is 6 days off the 9 years anniversary of the 1st UFO encounter. That's strange as it could of been flying around in the sky since the 25th May which will make it 9 years to the day! 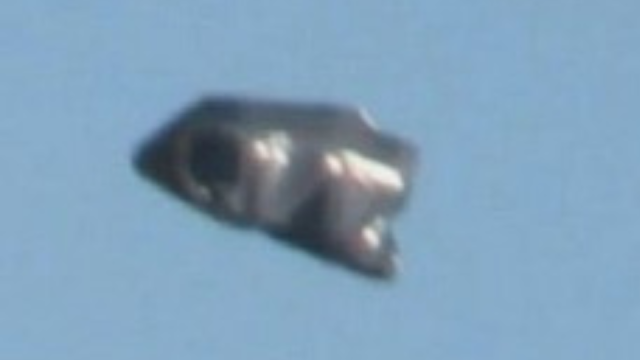 Quote:
Eyewitness states about the 2021 UFO:
Mysterious object hovering over Lea Bridge London. Sighted on the 31 of may 2021 at 19:01 Lea Bridge, North East London.
Tell us what you think about this and if you think they are one and the same UFO, cheers.

The UFO above is an image of the 2012 UFO which seems like it's changed its whole shape?
Credit: Top10ufo.
I initially didn't believe it but finding out more about this I'm starting to come around to it being real. On the second UFO witness's UFO video, after taking a snapshot from the video, we see the same shape with the same window at the front of the craft. It's actually quite unusual because I was convinced it was a fake UFO video.
If I think I'm being punked I'll tell it exactly how it is. But in this case I can see windows and even though initially I thought that this was just a plain old black bag, I'm starting to think that it's a black bag? 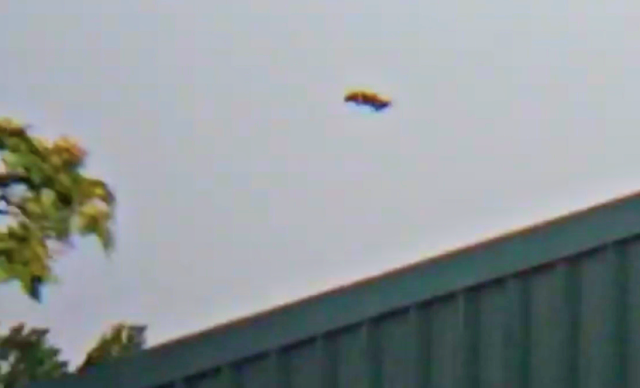 Credit: Top10ufo/UFO Sightings Footage/UFO News/Canva.
Above is the UFO which has just happened (that makes it the sea couple of month's ago in 2021. While below is the first UFO which absolutely looks like the one that's just happened. The 2021 UFO was witnessed changing shape as a face had appeared on it, so the first UFO could absolutely be the same one. Bothe could be one and the same. 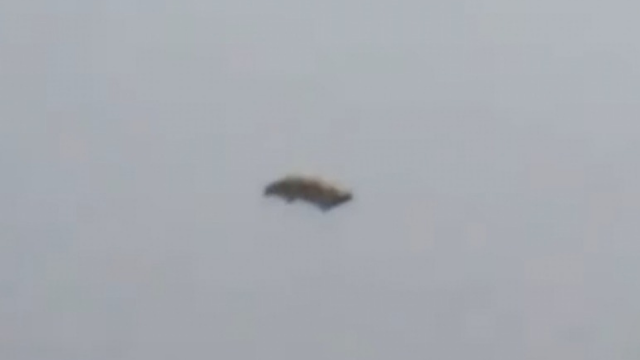 Credit: Top10ufo/UFO Sightings Footage/UFO News/Canva.
Here's a closer look at the above UFO but using a filter, we can see the window is in the same place as the one in the top photo of this post. Basically they're literally all looking like they're the same UFO but filmed 9 years apart. 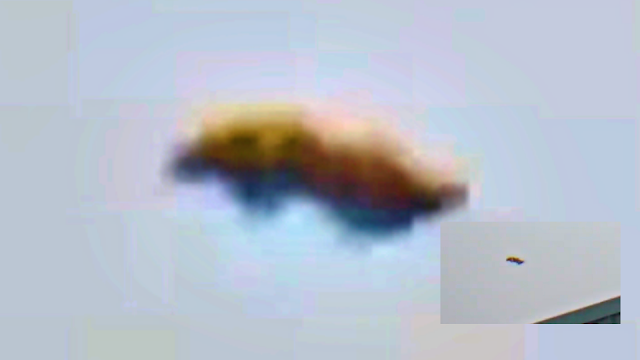 Credit: Top10ufo/UFO Sightings Footage/UFO News/Canva.
Here is the extract of the UFO sighting straight from the eye witness:
I was sitting in Victoria park London listening to music on the 25th of May 2012 at 13:30 hours. I spotted a matt black coloured object floating in the sky about a half mile away from me. It appeared to be the size of a helicopter viewed at close quarters.
I actually thought it was a helicopter, but as I carried on viewing this object, it quickly became clear to me that I was not looking at a helicopter at all. It appeared to be a triangle shaped object and it traveled from the east due north west. It made no sound and just glided across the sky.
I estimated the distance of the object at its closest point to me to be between 300-500 yards and flying at an estimated height of about 5000 ft or possibly more. It was quite a hot and breezy day with clear blue skies. This sighting lasted 2 minutes. 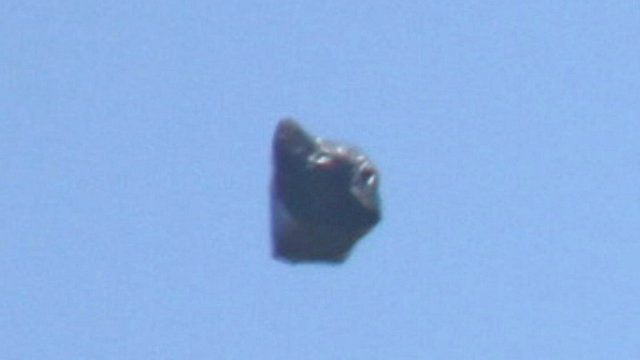 Credit: Top10ufo/UFO Sightings Footage/UFO News/Canva.
I initially thought that's a stupid refuse bag. I also believed that the "eye witness filming it" lol is messing with us by throwing confusing tit bit's into the phrase like "it's a helicopter sized UFO" and thing's like "it was over half a mile away from me". But now I am thinking that this really unusual oddity could be a UFO.
Then the person says:
I actually thought it was a helicopter! Okay, if you mistake this "thing" for a helicopter then I'm thinking it was far enough away from you that the rotating blades wasn't in sight. I was going to be sarcastic because I'm done with seeing CGI spaceships time and time again - which this obviously isn't anywhere near a CGI spaceship. I was going to call everything you had ever saw in your life into jeopardy like what day it is, who's the president and how many fingers am I holding up!
That's the funny thing about sleeping on a technicality or sleeping on a conundrum, it gives you time to assess thing's and get advice or help to see thing's from another angle which I have.
Also the words used are like floating, which is why I initially thought it was a black bag. Because the eye witness said first that he didn't get a close look and it and that it appeared to be a helicopter viewed at close quarters, okay he's already said it was over a half a mile away! I was ready to shut this post down,  all becauseIhadn'ttaken into accountthat he'sjust giving his opiniononwhathe"thought he was looking at" and even Ihave difficultyexplainingsome stuffespeciallywhenI'mtryingtoexplain myself ie the word'sI chose to explainsomething! It's the same scenario so I need not be harsh just because I didn't like his choicevof word's  (lesson learnt).
We've all seen the TV shows about hoax police calls, well if people are happy to create a prank police call then you better believe that Ufology is absolutely swimming in a pool of devolved inbreds that say thing's like "snarf snarf" when looking at people's feet.
I'm allowed to poke fun at deliberate hoaxers, (not that this is a hoax) don't you ever feel sorry for people that deliberately fake UFO incidents and put fakes into the real categories. It's devious, it's dishonest, it's sneaky, it's underhanded and they will "without hesitation" laugh in your face for believing one of their hoaxes. So don't you ever feel sorry for a fool that tries to make you a fool and bring you down into fooldom.*
*
A place where fool's come together to sniff each other's fingers.
Here's the extraordinary YouTube video by UFO Sightings Daily:
Please share your thought's with me and also please share this post I'd appreciate it, cheers.
Credit: Top10ufo/UFO Sightings Footage/UFO News/Canva/MUFON/World UFO Photos.